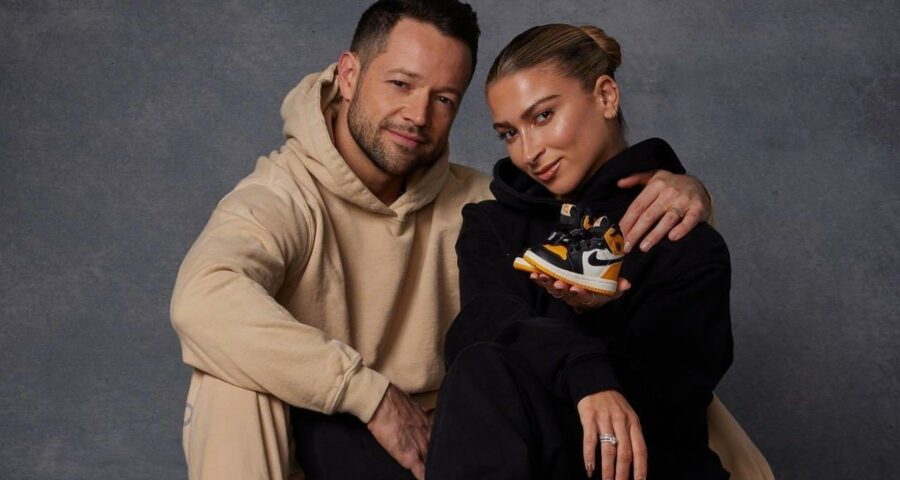 The 30-year-old dancer reveals the sex of her unborn baby more than a month after she confirmed her pregnancy as she said in an interview, ‘We’ve been married for eight and a half years, so we are more than ready to have a baby.’

AceShowbiz –Daniella Karagach has given fans a pregnancy update. More than a month after announcing that she and husband Pasha Pashkov are expecting their first child together, the “Dancing with the Stars” pro-dancer revealed the sex of their unborn baby.

Making use of Instagram on Tuesday, December 27, Dani shared a fun video from their gender reveal party. The event itself was held to celebrate the pregnant dancer’s 30th birthday.

In the caption, Daniella, “IT’S A ….. BABY GIRL. Pasha and I are OVER THE MOON to finally share these beautiful news with you!!!!” She added, “This is a birthday I’ll never forget. I want to thank Pasha for making this day so special for me. From the morning love notes and flowers to the games and festivities at night, thank you for spoiling me with love.”

“I couldn’t have ask for a better day and better people to be surrounded by. Thank you for celebrating me and baby girl!!!” the expectant mom continued. “From the bottom of our hearts @wanderingfreephotoandvideo THANK YOU SO MUCH for capturing this special day. We couldn’t have asked for a cooler chic to meet and work with. You’re freaking awesome!! Love you all!! Dani.”

Dani and Pasha confirmed their pregnancy in late November. Posting a sweet photo of themselves in which Dani held tiny sneakers, they wrote, “Baby Pashkov coming May ’23. We love you more than words could ever express.”

In an interview with PEOPLE, Daniella shared, “We’ve wanted a family ever since we’ve gotten married and we’ve been married for eight and a half years, so we are more than ready to have a baby.” She added, “We wanted to start planning this year and it just so happened that the timing was absolutely perfect. I actually found out I was pregnant on [DWTS season 31’s] premiere day.”

Dani, who married Pasha, in 2014, further gushed, “I can’t wait to bring in a baby to the Dancing with the Stars family.” She further noted, “They’re all so loving and supportive, so to share that news with them was so, so special.”