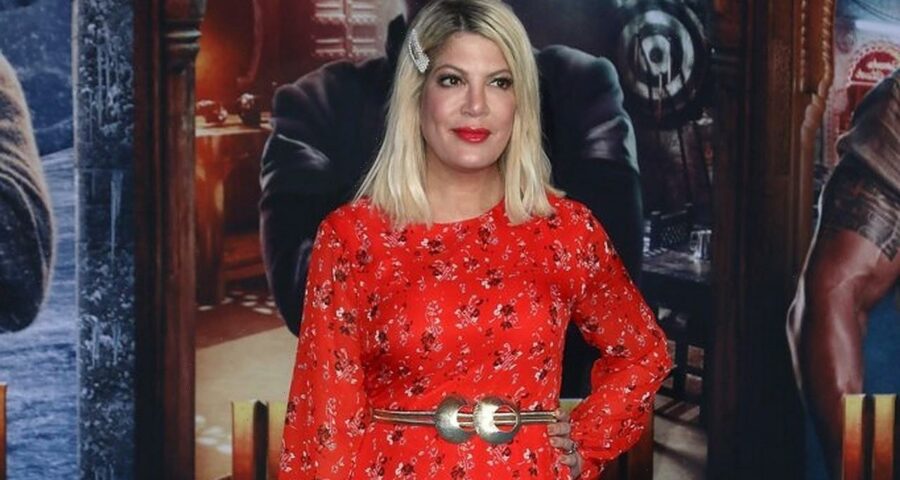 The ‘90210’ actress hopes to undergo surgery to have her breast implants removed as soon as possible after consulting a plastic surgeon about the procedure.

The “Celebrity Show-Off” winner has consulted a plastic surgeon and hopes to have the procedure soon.

“After needing to for many years I’m finally addressing my expired and recalled implants,” Tori wrote on her Instagram Story, alongside a photo from a medical office of foam breasts in a glass container.

And she can’t wait to undergo the surgery, gushing about her doctor Dr. Payam Jarrah-Nejad, who reshared the shout-out on his own account, adding a “thank you” sticker.

“Thanks for squeezing me in @DrJPlasticSurgery Great consult! I adore you already (sic),” the mum-of-five penned.

Tori previously explained her implants had “expired” during an October (21) episode of “Whine Down” with Jana Kramer.

“See, no one told me when I got mine done that, in 10 years, you would have to get them redone,” she explained.

In 2019, she told People she was sick of being known for the boob and nose jobs she underwent when she was 17.

“The one thing for me that has stuck forever was the plastic surgery thing. I literally had my nose done and my boobs done, and that’s it. I’m constantly reading that I’ve done more,” she lamented at the time.

“People have been talking about me having plastic surgery since I was 17. I remember my dad (TV producer Aaron Spelling) saying, ‘Don’t worry. It will go away next week.’ But that one thing has stayed with me my entire career!”

Tori isn’t the first star to be concerned about her breast implants, with the likes of “Real Housewives” star Tamra Judge, “The Bachelorette” Clare Crawley, and actresses Ashley Tisdale and Mena Suvari revealing over the last year or so they have had theirs removed.

“High School Musical” star Ashley had hers taken out after experiencing unexplained “minor health issues,” and said her goal in getting them taken out was to live a more “non-toxic life” and embrace her natural body.

She revealed on Instagram, “Years ago I underwent breast enhancement surgery. Prior to the surgery, I constantly felt my body was less than, and thought this change would make me feel more whole and more secure about myself. And for a short period of time…it did. But little by little I began struggling with minor health issues that just were not adding up-food sensitivities as well as gut issues (full story on @frenshe) that I thought could be caused by my implants. So, last winter I decided to undergo implant removal. (sic)”

And Clare explained in July she had also had her implants taken out due to various unexplained health issues.

She said at the time, “I’ve been going through things medically with my body that I have not had answers to. It’s been hard, it’s been frustrating and it’s been scary for me to not have answers and to know something’s not right.”

She admitted it wasn’t “an easy decision” to go through with the procedure and thanked her doctors and loved ones for their “overwhelming support.”

She added, “Having you all give me a boost when my brain has slipped into moments of doubt, truly lifted me up. And so I will continue to pass It on to anyone else who needs to hear this… our body shape does not define us or make us any less lovable or worthy. We are perfectly made just the way we are!”

Last month, the Food and Drug Administration (FDA) in the US issued new requirements for breast implant surgery, including mandating that patients are warned about potential health risks before giving consent following years of complaints from thousands of women, who had suffered side effects including fatigue and brain fog.

Patients will also be made aware the implants could rupture or leak “at any time” and that they typically last eight to 10 years.

Tori Spelling is considering a nip/tuck.