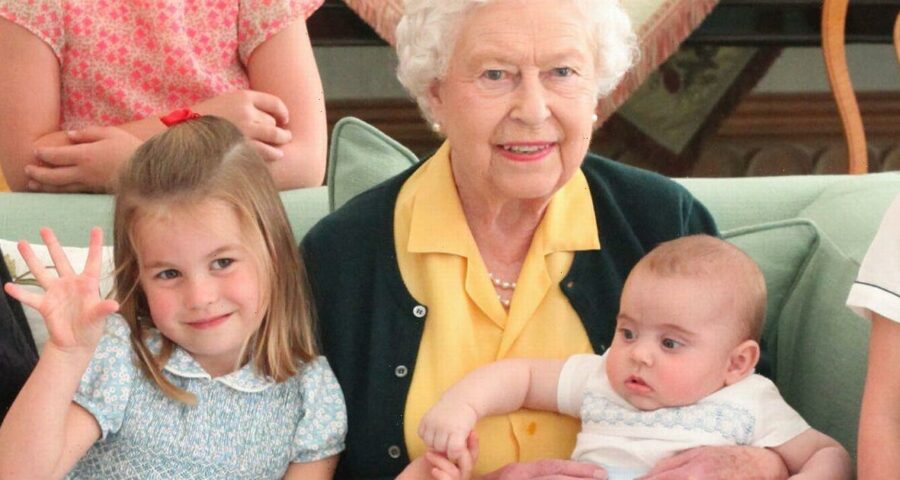 The Queen, who celebrated her own 95th birthday this week, has shared a heartwarming message for her little great grandson Prince Louis on his third birthday.

Posting via her official Instagram page, the Queen’s well-wishes were paired with an adorable photo of the little prince.

“Taken earlier this week by The Duchess before he left for his first day of nursery, The Duke and Duchess are pleased to share a new image of Prince Louis. [balloon emoji],” the caption continued.

Riding his bike on the grounds of Kensington Palace, Prince Louis grinned for his mum the Duchess of Cambridge, Kate Middleton, as he geared up for his first day at nursery School.

Wearing a pair of light blue shorts and a navy sweatshirt, the royal’s striped shirt also showed underneath with his collar carefully tucked over the top.

Louis’s outfit was finished with a pair of velcro lime and blue trainers and a matching rucksack.

The prince looked absolutely thrilled to be off to make new friends, as he posed on the bright red bike.

The image was initially shared by the Duke and Duchess of Cambridge's social media accounts, taken by Catherine herself.

An opportunity for fans of the royals to gain a glimpse into their private home lives, they’re always excited to see one of Kate’s latest snaps.

The Duchess’ photography skills continue to grow and she already has quite the collection of family portraits, with hopefully many more to come.

It has been an incredibly tough month for the Queen as she said goodbye to her husband of 73 years, Prince Philip.

The Duke of Edinburgh died at the age of 99 just two months before what would have been his 100th birthday.

The royals gathered for a fitting send-off to the Duke on April 17th as his coffin was taken on a trip around Windsor Castle grounds on the back of a custom-made Land Rover hearse.

The Queen continues to be in mourning and it was recently reported that family members are operating on a rota system to ensure she is never alone.