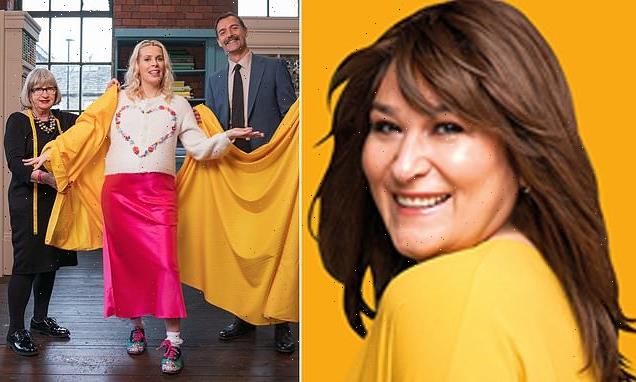 I must confess I’ve been a Sewing Bee addict since the first series, presented by Claudia Winkleman, back in 2013. Winkleman has moved onto pastures more sequinned, but the show has survived, and if anything, grown in popularity.

Comedian Joe Lycett took over as presenter, adding his brand of dry humour and extravagant dress sense, and one of the show’s original judges, May Martin, was replaced by the legendary Esme Young.

Young is a dead ringer for one of my favourite cartoon characters, the superhero seamstress Edna ‘No Capes’ Mode in The Incredibles (above). Same 60s bob, same glasses, same uncompromising attitude.

Her co-judge, Patrick Grant, has been a constant presence throughout, bringing his Savile Row expertise and enthusiasm to proceedings. If anyone can spot the silk purse in a sow’s ear, it’s Patrick. 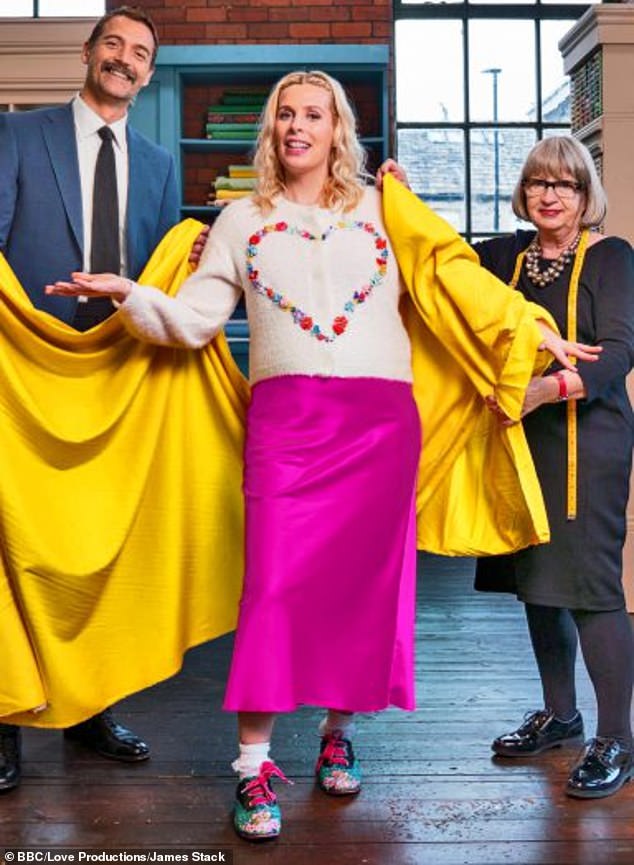 The contestants have also changed. In the beginning, they were the sorts you’d expect, Women’s Institute types, or older ladies adept at sewing a concealed zip.

The winner of the first series was wonderful Ann Rowley who, then 81, brought a wealth of wisdom to the show. Last year’s winner, Serena Baker, a medical student, has 40,000 followers on Instagram and a book coming out in June.

Now in its eighth series, there’s a new presenter, Sara Pascoe. So far she’s not quite doing it for me. She slightly gives the impression she thinks the whole thing is a huge joke.

Yes, it’s tongue-in-cheek. Equally, you don’t want to end up insulting the audience or, for that matter, the contestants, who take it very seriously. 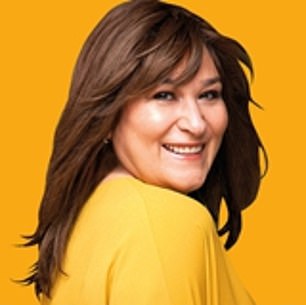 For me the appeal is simple: growing up, my mother made most of my clothes. She was a needle worker by necessity, not choice – I can still remember one of the biggest rows my parents had being about my father’s reluctance to buy her an electric sewing machine to replace her hand-cranked Singer.

She even made me a dress for my 18th birthday, a flouncy 80s creation.

Of course, in those days making one’s own clothes was uncool. Now, like so many things that used to be considered tiresome chores, like baking or growing your own vegetables, it’s become a popular leisure activity.

Young people consider it fabulously chic to make their own, or customise some vintage find, something the show’s producers have cleverly cottoned on to.

Whereas in the beginning, the challenges tended to be of a more traditional nature – following a pattern, creating an A-line skirt – the focus in this new series is on repurposing existing garments as something else, or letting the imagination run wild.

Thankfully, among the wonky trainers and half-stitched horrors there are still some real gems.

That, I think, is the core appeal of Sewing Bee. It’s inspirational and aspirational, and it draws on old-fashioned techniques to tap into modern trends. Long may it continue.

Hallelujah for another hot priest! 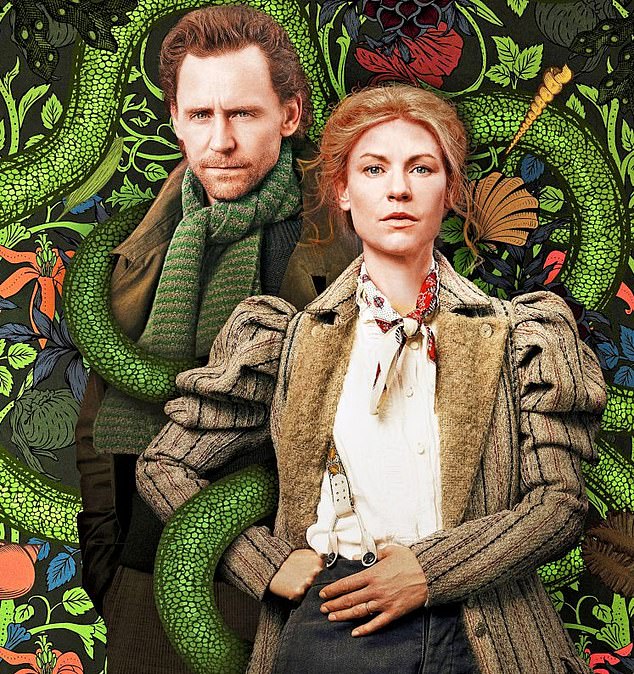 Claire Danes is Cora (left, with Tom Hiddleston as Will), in The Essex Serpent based on the book by Sarah Perry

If you love (as I’m afraid I do) slow, atmospheric dramas with sweeping vistas and dark, mysterious characters then this is definitely the show for you.

Based on the book by Sarah Perry, it has a wonderful late Victorian vibe to it (the costumes are fabulous) and stars Tom Hiddleston as Will, the vicar of a remote village on the Essex marshes where something very peculiar is stalking the locals.

Claire Danes is Cora, a wealthy widow with a penchant for palaeontology who finds herself drawn to the mystery and, inevitably, Hiddleston himself, who gives Fleabag’s ‘hot priest’ Andrew Scott a run for his money.

But the locals, whose belief in ancient myths far outweighs their understanding of science, don’t take to Cora, particularly after a young girl is found dead.

Clémence Poésy (always a joy) plays Will’s wife, and Frank Dillane is rather brilliant as Luke, Cora’s louche, arrogant surgeon suitor from London, who has the appropriately deathly demeanour of a man who spends his spare time cutting up cadavers.

An exceptionally classy piece of drama, beautifully adapted by Anna Symon and very possibly worth the Apple subscription alone. 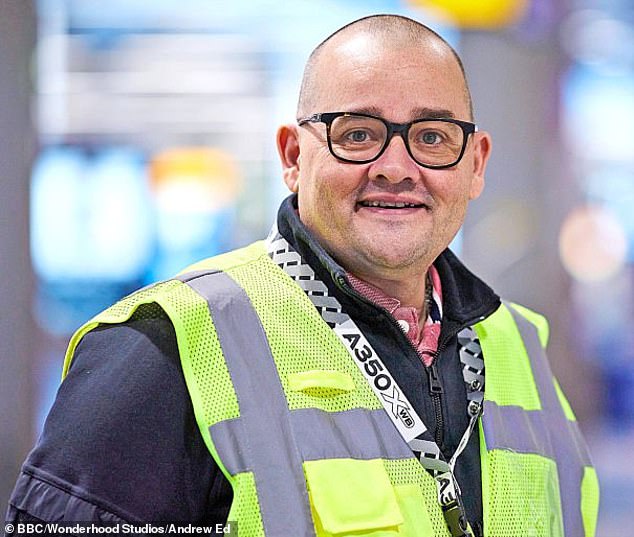 Sarah explained that Jeremy Spake’s personality and flamboyance has elevated the series, Airport

Younger readers may not remember Jeremy Spake, unwitting star of the original series of Airport, first aired back in 1996 and now flying again (Monday, BBC1).

It was conceived as a slightly dry BBC documentary about the running of Heathrow, but Spake’s personality and flamboyance elevated it to something more.

In the new show he hasn’t changed much at all – sadly the same cannot be said of his industry which is facing a serious crisis.