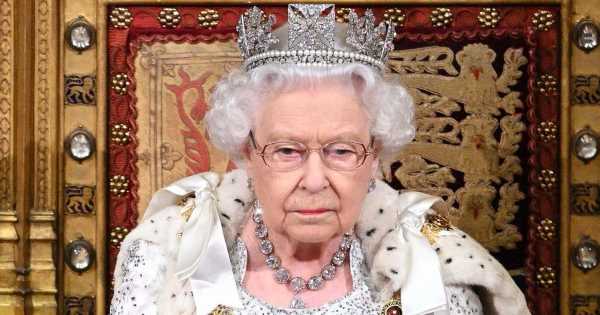 The Queen’s coffin is set to lie in state to allow the public to pay their last respects.

The Queen – the longest reigning monarch in British history – passed away today at the age of 96.

A statement from Buckingham Palace which announced the devastating news read: “The Queen died peacefully at Balmoral this afternoon.

“The King and The Queen Consort will remain at Balmoral this evening and will return to London tomorrow.”

Lying in state is usually reserved for sovereigns, current or past queen consorts, and sometimes former prime ministers.

During the formal occasion, the closed coffin is placed on view in the vast, medieval Westminster Hall in the Palace of Westminster.

The historic spectacle is expected to attract hundreds of thousands of people.

The Queen’s death in Scotland means there could possibly be a second mini lying in state, most likely in St Giles’ Cathedral in Edinburgh, which would allow the public to honour the monarch.

Contingency plans put in place in case the Queen died during the pandemic are believed to have included ticketing of the main lying in state, possibly in timed slots – an option which could still be employed.

The Duke of Edinburgh Prince Philip, who died in April 2021, did not lie in state, which was in accordance with his wishes, but, at this point in the Covid-19 crisis, such mass gatherings were also against the law.

In the days leading up to the funeral, members of the public will file slowly past to pay their respects in sombre silence.

For a royal lying in state, the coffin is draped in a royal flag, usually a personal standard, and rests on a catafalque – a raised platform covered with a purple cloth, flanked by a military guard around the clock.

A priceless crown and other regalia are traditionally placed on top of a sovereign’s coffin.

Each corner of the platform is watched 24 hours a day by units from the Sovereign’s Bodyguard, Foot Guards or the Household Cavalry Mounted Regiment.

The last person to lie in state in the UK was the Queen Mother in 2002.

On top of her coffin in Westminster Hall was her coronation crown, set with the Koh-i-Noor diamond, and a hand-written message from her daughter, the Queen, reading: “In loving memory, Lilibet”.

An estimated 200,000 people turned out to pay their respects over three days.

The now reigning monarch Charles has shared a sombre statement following the announcement of his mother, the Queen's death.

Sharing his grief in a statement, Charles said: "The death of my beloved Mother, Her Majesty The Queen, is a moment of the greatest sadness for me and all members of my family.

"We mourn profoundly the passing of a cherished Sovereign and a much-loved Mother.

"I know her loss will be deeply felt throughout the country, the Realms and the Commonwealth, and by countless people around the world.”

"During this period of mourning and change, my family and I will be comforted and sustained by our knowledge of the respect and deep affection in which The Queen was so widely held."