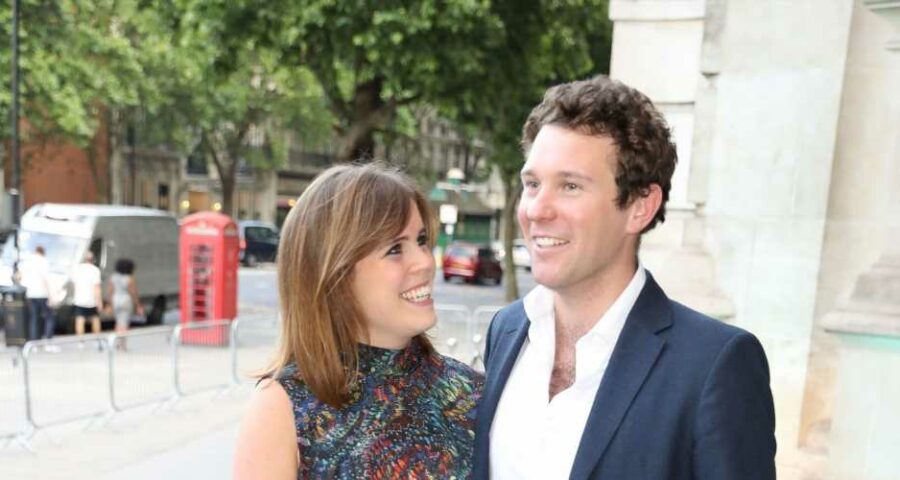 As royal family scandals go, Jack Brooksbank’s yacht outing with topless women barely registers (which says a lot about the royal family’s current slate of scandals, TBH). If you missed the story when it broke, it was basically this: Earlier this month, pics made the rounds of Princess Eugenie’s husband hanging out on a yacht in Capri with a bunch of very attractive, barely-clothed female friends.

Tabloids were quick with snarky headlines, but there was an explanation: Jack was on a work trip as part of his job as a brand ambassador for Casamigos tequila, which was sponsoring the UNICEF Gala in Capri. Those female friends on the yacht included Casamigos’ global director of events and partnerships Rachel Zalis, as well as guests Erica Pelosini and Maria Buccellati.

And FWIW, not only did Jack’s friends defend him after the pictures came out, but his mother-in-law, Sarah Ferguson, chimed in with support as well.

“He’s just a superhero in my book, and he’s a great father, a fabulous husband, and he’s never at front of house, he always likes to be at the back,” the Duchess of York told BBC One’s The One Show (via Just Jared). “So for them to make this story is completely fabricated. He works as an ambassador for Casamigos, and he was on doing his job, and so I think it’s really important that we clarify that for Jack’s sake.”

In spite of all the support, Jack’s days working as a full-time tequila brand ambassador appear to be numbered. According to the Daily Mail, he’s poised to go into the accounting business. Jack’s dad, George Brooksbank, is a top account and has stepped back from work after his battle with COVID-19 and, apparently, Jack is preparing to become a director of the family business, Pangaea Land And Property Limited.

“Now that his father has retired, it’s time for Jack to take over and to take on a more serious role to support his family,” a royal insider told the Mail.

It’s not clear if Jack will continue to work with Casamigos in some capacity or if his new, serious gig will demand 100 percent of his professional attention.