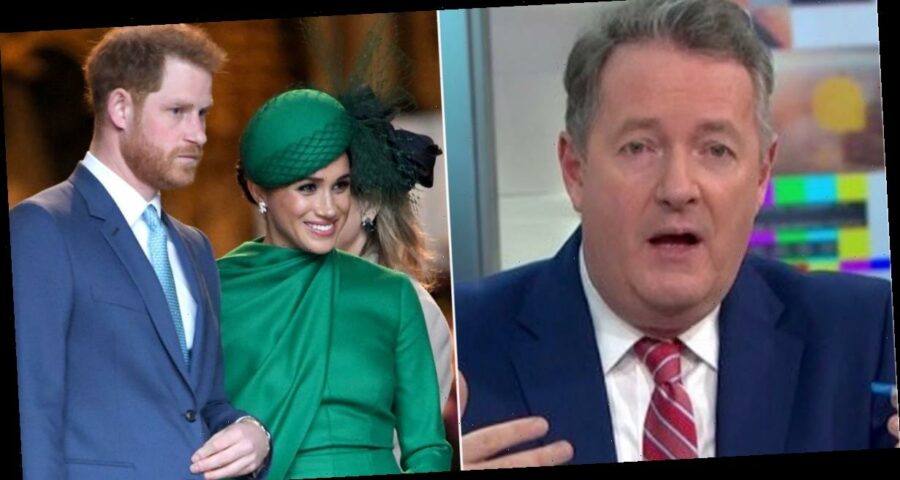 Piers Morgan has sparked a fresh feud with Meghan Markle and her husband Prince Harry as he has slammed their pregnancy announcement.

Prince Harry, 36, and Meghan, 39, announced on Valentine's Day that they are expecting their second child together, following her devastating miscarriage last year.

They announced the news with a stunning black and white photo taken in their Los Angeles back garden, showing Meghan resting a hand on her blossoming bump as she lays her head on her husband's lap.

The Queen's grandson is seen looking over the moon as he grins down at his wife.

Good Morning Britain host Piers, 55, has hit out at the couple, taking to Twitter to slam the Duke and Duchess of Sussex's announcement.

He wrote to his 7.7million followers: "BREAKING: Harry & Meghan have announced they’re pregnant and released this cheesy photo of themselves to ensure the media gives the story about their private life more prominence – in their latest courageous effort to stop the same media focusing on their private life."

Piers continued to share the image of Harry and Meghan adorning the cover of four British newspapers, adding: "I do wish the intrusive British press would respect Meghan & Harry’s privacy and just LEAVE THEM ALONE."

Not one to mince his words, he went on to add: "They don't want privacy. They want publicity but only if it's positive.

"So today they let all the papers they hate publish their baby announcement photo because it enhances their brand.

"A few days ago, they were trashing the same papers as dehumanising invaders of their privacy."

A spokesperson for the couple – who stepped down from their position as working members of the Royal family last year – announced the news on Sunday night.

They said: "We can confirm that Archie is going to be a big brother. The Duke and Duchess of Sussex are overjoyed to be expecting their second child."

Harry's grandparents The Queen, 94, and Prince Philip, 99, have also spoken out on the happy news, to congratulate the couple.

A statement from Buckingham Palace said of the news: "Her Majesty, the Duke of Edinburgh, Prince of Wales and the entire royal family are delighted and wish them well."

The new baby will be The Queen and Prince Philip's 10th great-grandchild, and will become eighth in line to the throne.