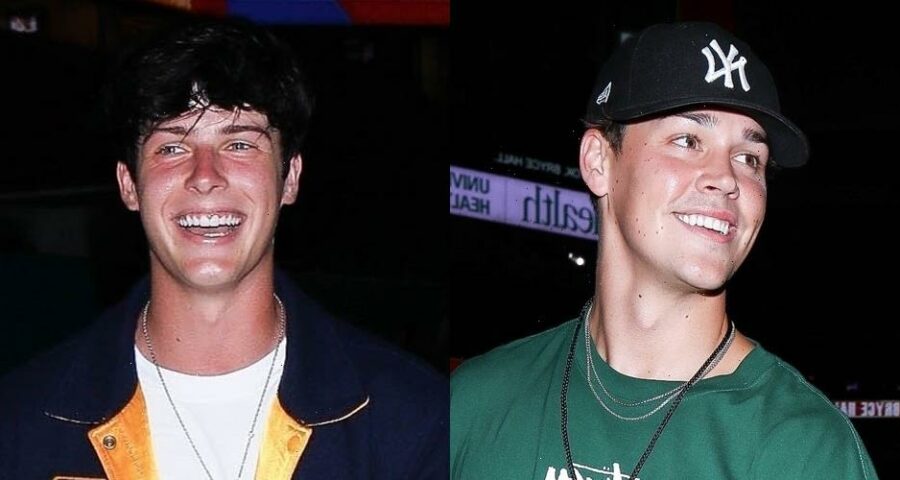 Noah Beck and Blake Gray were spotted out at the Hard Rock Stadium on Saturday night (June 12) in Miami Gardens, Fla.

The TikTok stars joined a slew of social stars who went out to support their friends who were taking part in the LiveXLive Social Gloves: Battle Of The Platforms boxing event.

The next day, Noah uploaded a new YouTube video with a sad looking thumbnail, titled, “Why I left Dixie…”

He later took to Twitter to clarify that it was just a clickbait title. He did leave her though, but just to go out of town for the fight, while she stays back in LA.

“i’m so sorry to everyone i scared lol I HAD TOOOOOO😆 anyways..” he wrote.