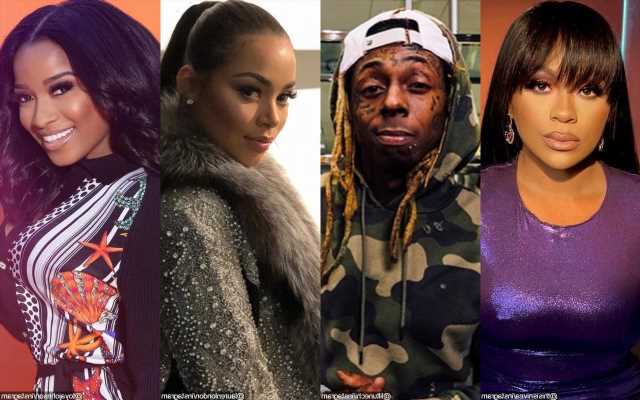 During the wide-ranging interview with Kandi Burruss, the ‘Laundromat’ singer talks about her career as well as her relationships with Weezy and ex-husband The-Dream.

AceShowbiz –Nivea‘s new interview with Xscape‘s member Kandi Burruss for her show “On That Note” caught people’s attention. During the wide-ranging interview, Nivea talked about her career as well as her relationships with Lil Wayne and ex-husband The-Dream.

Nivea made use of the interview to open up about her complicated history with Weezy, with whom she shares a child. The pair dated when Nivea was at the height of her career, but she claimed that the “500 Degreez” rapper convinced her to quit the music industry.

“He said, ‘come be with me. I got you,’ ” Nivea recalled. She continued sharing that she eventually did what he asked, sending a letter to her label revealing that she would be quitting music entirely.

She explained, “I’m just sitting there, like, being a housewife… and you know, [Reginae Carter] for very young. All of a sudden — this is kind of funny — he was like, ‘I ain’t never stay in an apartment before. Let’s get an apartment.’ So we move out the house and get an apartment but I never realized he did that to move [Toya Johnson] back in the house.”

Nivea went on to say that at one point, Wayne threw a birthday party and both Nivea and Toya were present. According to Nivea, the “Sucker for Pain” spitter gave Toya a lengthy speech before the latter revealed that they had tied the knot.

Nivea then shared a clip from the interview on her Instagram page. “I only share to inspire… Each and every one of us are WORTHY, VALUABLE, & CAPABLE of overcoming ANYTHING!!!” so the “Laundromat” singer wrote in the caption.

Among those who showed support to Nivea was Toya. “Great interview. So proud of you,” so she wrote in an Instagram comment. Lauren London, meanwhile, added, “Love you . You are pure magic and strength [butterfly emoji][blue heart emoji].”

Kandi, meanwhile, gave a shout-out to Nivea underneath a post by The Shade Room. “I loved @thisisnivea before but even more now after hearing some of what she’s been through!” said Kandi. “She was really brave opening up the way she did. Y’all can see the whole thing on my Youtube page KandiOnline. Everybody please give her all the love & support she deserves!”