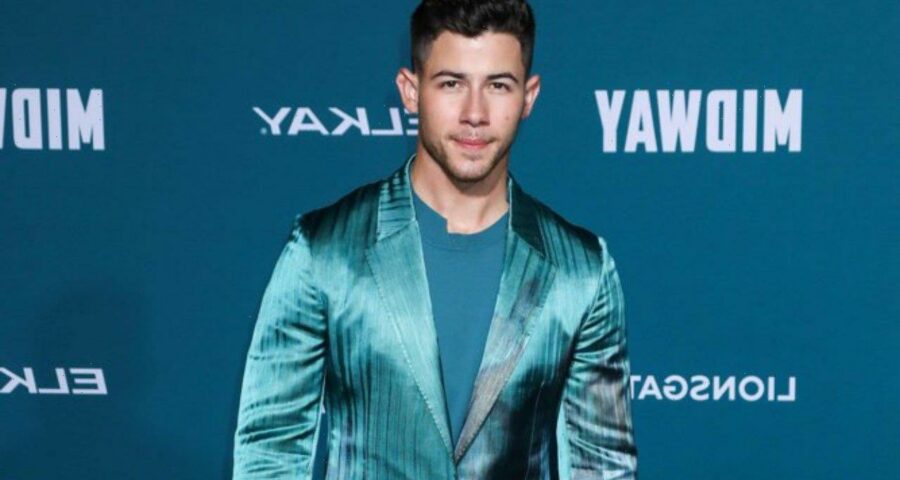 Filming ‘The Voice’ where he serves as a coach, the Jonas Brothers member says he’s ‘feeling OK’ and ‘really happy I’m here today’ after injuring himself when taking ‘a spill on a bike’ over the weekend.

AceShowbiz –Nick Jonas has broken his silence following reports of his recent on-set accident. Returning to “The Voice” on Monday, May 17 where he serves as a coach, the singer/actor revealed he sustained multiple injuries from a bike accident over the weekend.

Nick addressed his injuries at the start of the latest episode of the singing competition series. “Before we get started, let’s just turn to our friend, Nick Jonas. How are you feeling, buddy?” host Carson Daly asked him.

“I’m feeling OK. I’ve been better, but I’m doing all right,” the 28-year-old assured his fans, before detailing the extent of his injuries. The “Spaceman” crooner said he cracked his rib and suffered “a few other bumps and bruises” after taking “a spill on a bike.”

While he was immediately back to work following the accident, Nick warned viewers that the injuries might affect his physical performance that day. “I just want to go ahead and say that, in case I’m not as physically enthusiastic as I usually am,” he said.

The husband of Priyanka Chopra also admitted that it’s hurt to laugh, asking his fellow coach Blake Shelton, “But Blake, please don’t make me laugh as much, because it kind of hurts to laugh.” Blake jokingly responded, “You’re just trying to get sympathy votes on this show. That’s all you’re doing,” to which Nick admitted, “It’s a big, elaborate plan.”

Carson then told Nick, “Well, we’re glad you’re okay. We’re glad you’re here. It means a lot to your team.” Echoing the sentiment, the Jonas Brothers member replied, “Yeah, me too, for sure. Glad to be here. Can’t wait to cheer on Team Nick and all the other teams. I’m really happy I’m here today.”

Previously it was said that Nick suffered an injury while filming a new show on Saturday. It wasn’t immediately clear how he injured himself and details of his injuries were also unknown at the time, but he was reportedly taken by ambulance to a nearby hospital. He was already back home on Sunday night.

The report didn’t mention which show Nick was filming either, but a new report has revealed that he and his two brothers and bandmates, Kevin Jonas and Joe Jonas, are starring in an hourlong special titled “Olympic Dreams Featuring Jonas Brothers”. The show will feature the trio competing against one another with help from some of Team USA’s best athletes.

It’s still unconfirmed though if Nick suffered the injuries while filming “Olympic Dreams”. The sports competition show is set to premiere on Wednesday, July 21 at 8 P.M., two days before the Opening Ceremony for the Tokyo Summer Games.