Wearing a red-and-white uniform (the colors of Japan’s flag) and her long red braids in an updo, the tennis star carried the Olympic torch up the steps of a pyramid styled as Mount Fuji in Olympic Stadium. At the summit, she lit the cauldron shaped like a flower, according to The New York Times. Just 23 years old, Osaka follows famous athletes like Steve Nash and Muhammad Ali who’ve lit the Olympic flame for Games past. 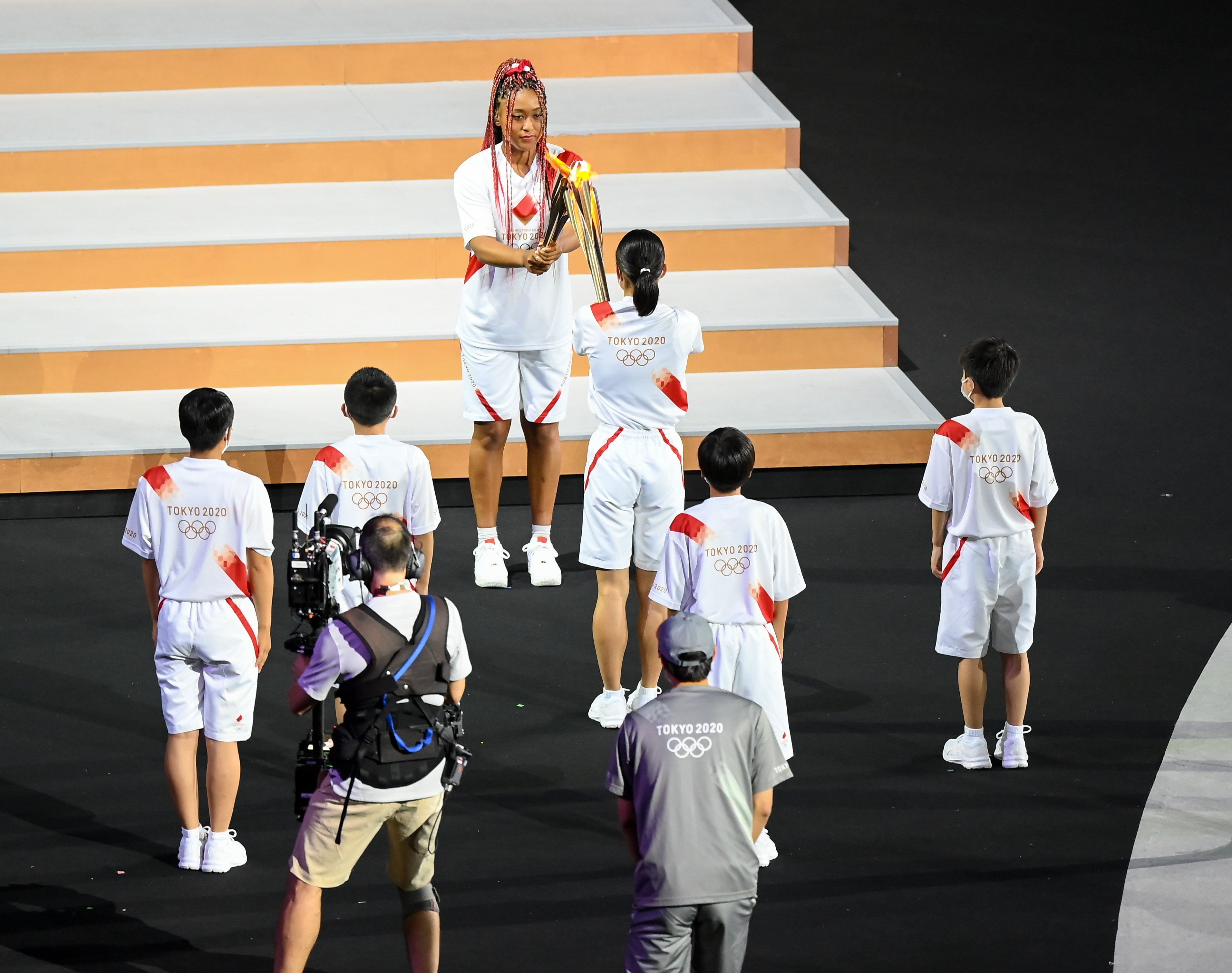 Currently the second-ranked woman in tennis, Osaka makes her return to the court after pulling out of the French Open and Wimbledon this year to prioritize her mental health. At the time of her Roland Garros withdrawal, she revealed that she has “suffered long bouts of depression” since the US Open in 2018 and experiences “huge waves of anxiety” before speaking to press.

“I’m gonna take some time away from the court now,” she wrote in her May 31 statement, but expressed her desire to work with tennis officials to improve tournament conditions “for the players, press and fans.” 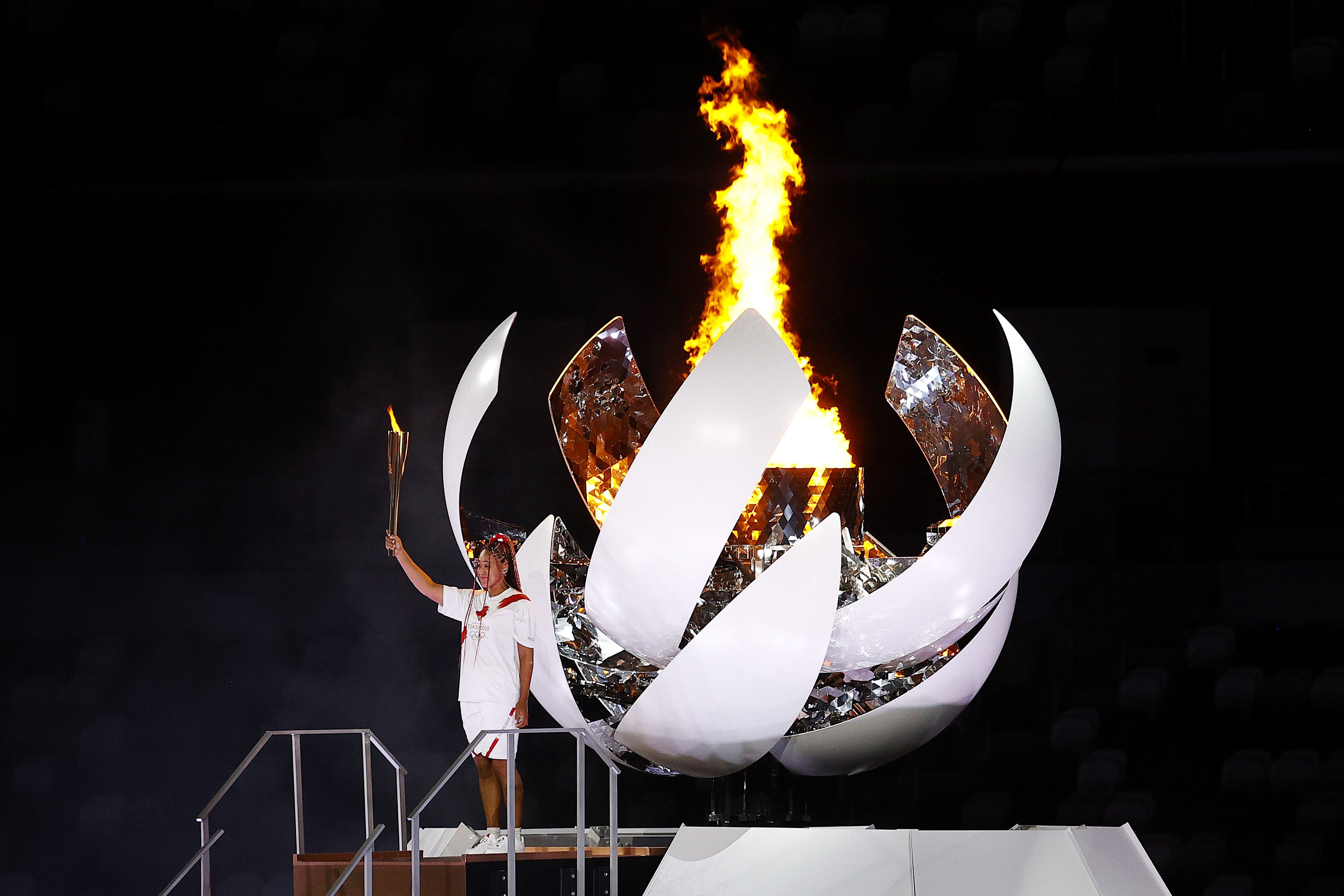 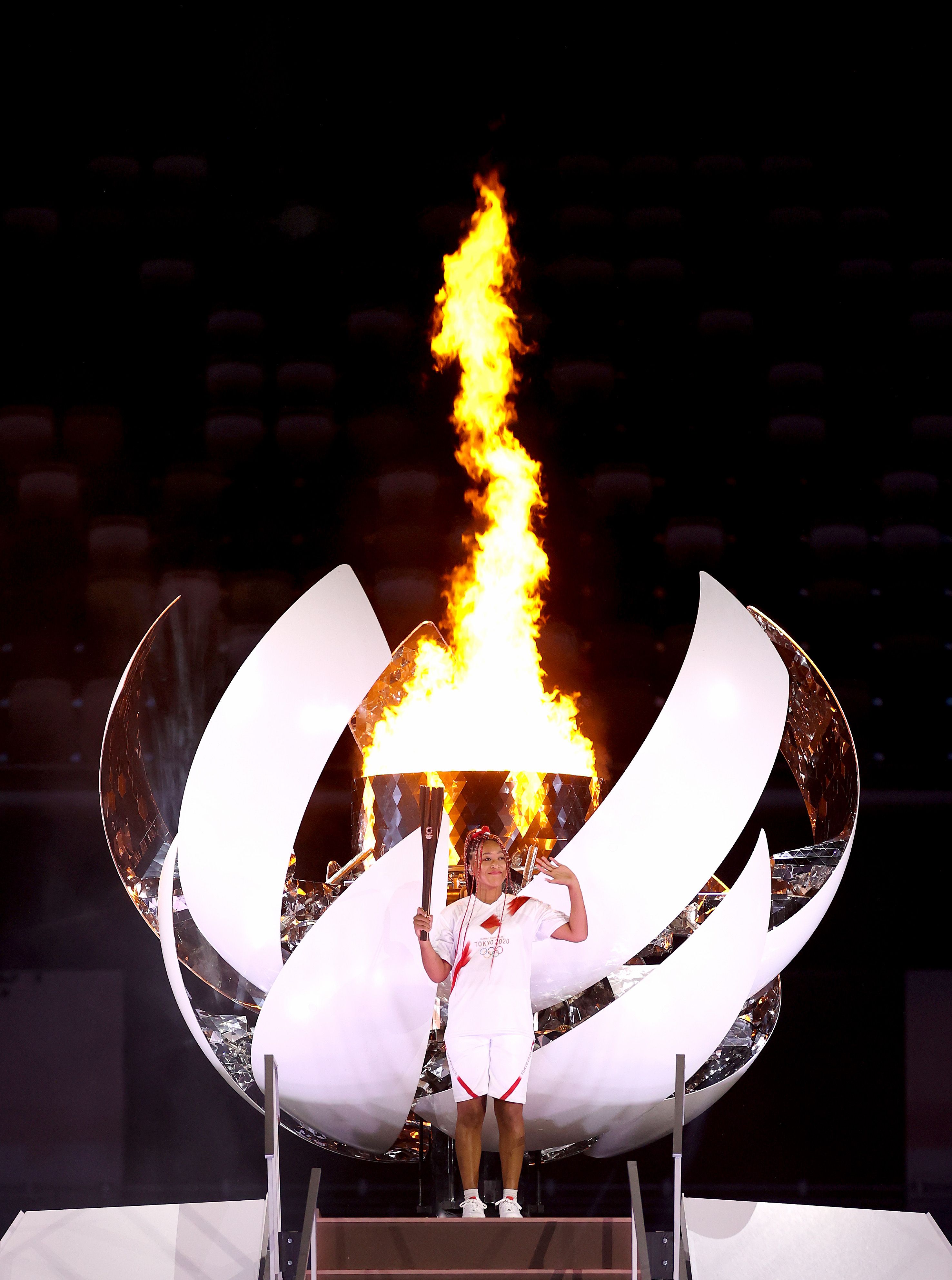 Osaka, who was born in Japan to a Japanese mother and Haitian father, is representing her native country in this year’s Olympics. The athlete made the announcement in 2019, but in her new self-titled documentary on Netflix, she reveals that she faced backlash for the decision as a biracial player. “I’ve been playing under the Japan flag since I was 14. It was never even a secret that I’m going to play for Japan for the Olympics,” Osaka explains.

“So I don’t choose America, and suddenly people are like, ‘Your Black card is revoked,'” she adds. “And it’s like, African American isn’t the only Black [identity], you know? I don’t know, I feel like people really don’t know the difference between nationality and race, ’cause there’s a lot of Black people in Brazil, but they’re Brazilian.”

Still, in a turbulent year of reckoning, Osaka brought her activism to the court by boycotting a match following the police shooting of Jacob Blake and wearing the names of Black people killed by police on various masks at the 2020 US Open.

Fans can find Osaka back on the court this weekend for her opening Olympic match. The game, scheduled against Saisai Zheng of China, was postponed from Saturday to Sunday, The Associated Press reported. The reason was undisclosed, but the call was made by a referee.