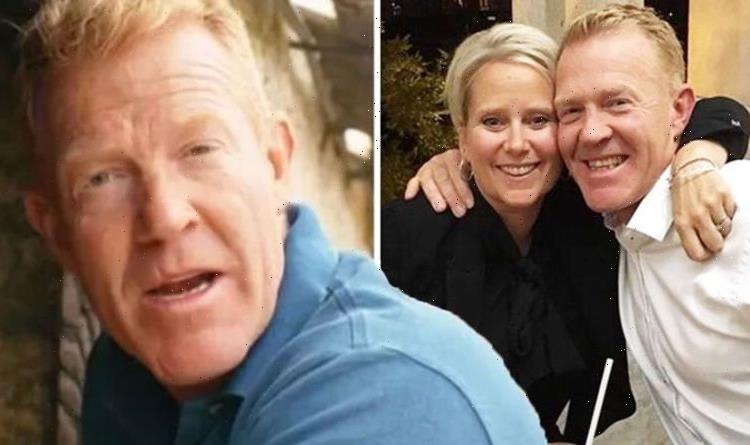 Countryfile presenter Adam Henson has opened up about his financial struggles in an unearthed interview. The BBC favourite and his wife Charlotte had poured everything they had into their Cotswold Farm Park in Cheltenham before disaster struck.

The 56-year-old has revealed he came close to losing his home, his farm and his livelihood during the disastrous foot-and-mouth disease outbreak in 2001.

The farmer explained that he was on the brink of financial collapse and he nearly lost everything.

The small-screen star shared that his other half was the person who “nagged him” when an opportunity emerged during the family crisis.

It comes after the presenter and his wife were preparing to open their Cotswold Farm Park at the time when the epidemic struck Britain.

He shared that all of his assets were “tied up in sheep and tractors” amid mounting bills.

Adam told the Telegraph: “The worst time was in 2001 – we’d invested heavily in Cotswold Farm Park, then foot-and-mouth hit just before we opened.

“The bank closed in and wanted their money. We probably owed £250,000 with all the borrowed money on machines and what we’d invested in the farm park.”

He went on: “We had a big rent bill but all our assets were tied up in sheep and tractors.

“We couldn’t take sheep to market because they were all shut.

“We lived in a rented farmhouse on the farm – and still do – so we were about to lose our livelihoods, our jobs and houses.”

He explained that the couple “battled on” and were eventually able to open their Cotswold’s Farm Park.

The couple were also given a huge lifeline after Adam was offered a job on BBC’s Countryfile.

The on-screen broadcaster admitted that his wife Charlotte had “nagged” him about taking the role.

“I’m grateful for Countryfile,” he told The Mirror.

“In 2001 when the foot-and-mouth disease was rife, we couldn’t open the park and business was very bad.”

He continued: “Countryfile did a presenter search, and although I wasn’t bothered, my partner nagged me about it, as she thought I’d be really good.

“After lots of auditions, I ended up getting the job.”

Since taking on his presenting job on Countryfile for over two decades, Adam has also worked on other BBC programmes including Countryfile Summer Diaries and Inside Out.

Countryfile airs tonight on BBC One at 6pm.