Miley Cyrus wore a stunning black romper on Thursday as she strolled into rehearsal for her upcoming New Year’s Eve special on NBC.

Miley Cyrus is ready to ring in the new year! The “Midnight Sky” singer was photographed wearing a sexy black romper on Thursday, Dec. 30 as she walked in to rehearsal for her upcoming NBC program Miley’s New Year’s Eve Party. The 29-year-old, who’s co-hosting the special with funny man Pete Davidson, 28, was spotted in Miami, Florida ahead of the event in the romper which had cutouts on the top and at her waist and also featured short shorts that showed off her killer gams. Miley pulled her light blonde locks up into a high pony tail and also sported orange-tinted, ’70s-style sunglasses, carrying a coconut water to stay hydrated for the event. 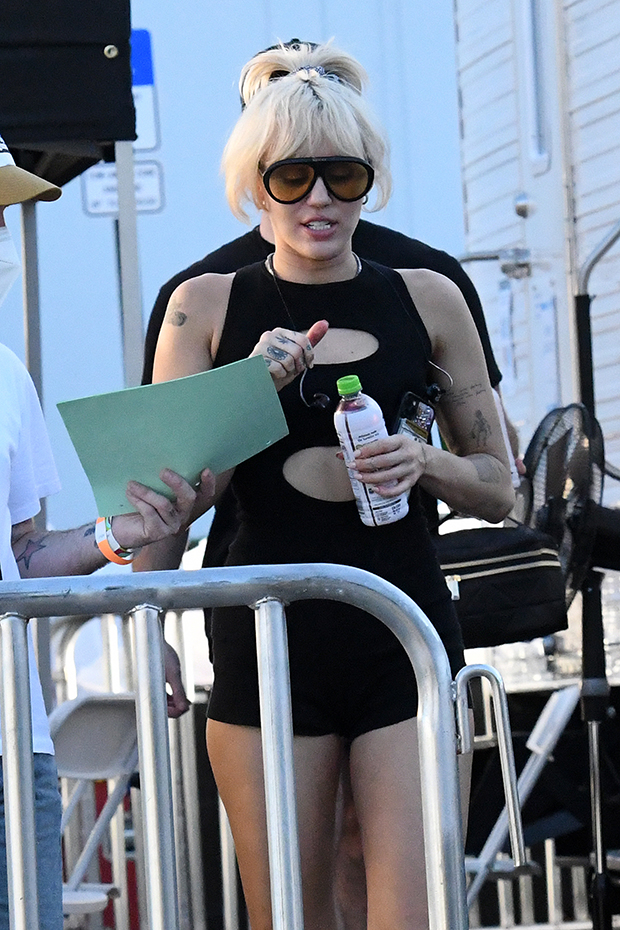 The two-hour show, produced by SNL showrunner Lorne Michaels, will also include performances from various artists, including Green Day front man Billie Joe Armstrong, Brandi Carlile, Jack Harlow, Saweetie, and more. “In what is sure to be an exciting and fun evening, we are looking forward to partnering with Lorne Michaels and ringing in 2022 with a night of incredible entertainment, led by Miley and Pete.” said Jen Neal, Executive Vice President, Live Events, Specials and E! News, NBCUniversal, when the show was announced.

Miley also gave her take on the upcoming special on a recent episode of The Tonight Show with Jimmy Fallon, saying, “I wanted to do something that’s traditional, but I knew that we would do it in a way that is unique and unconventional, and we did that by starting with going to Miami,” the “Wrecking Ball” singer said. “[Pete will] be funny, and I’ll be naked, and together we’ve got a show.” 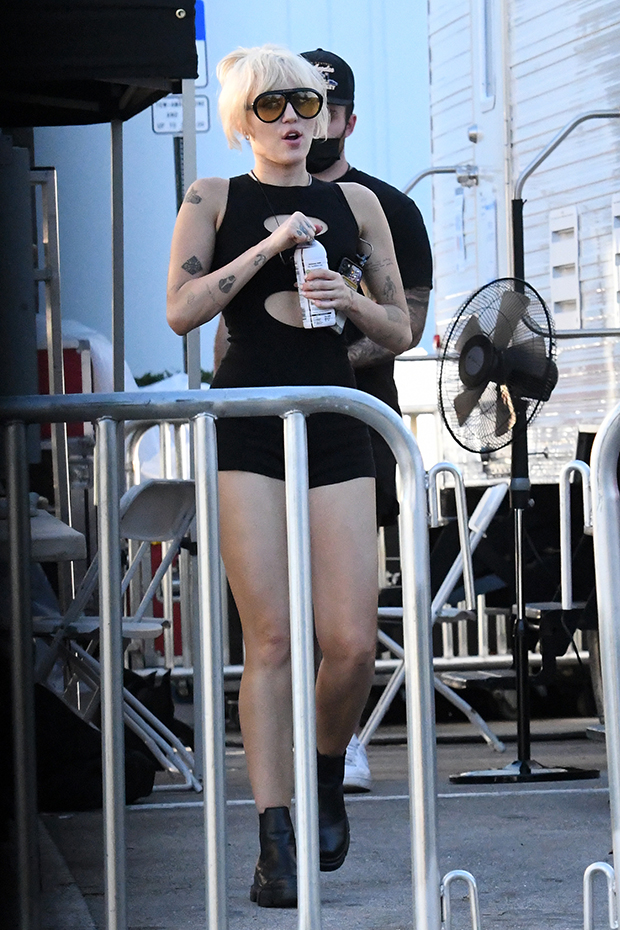 Leading up to the exciting event, Miley and Pete have been doing various promotional shoots and appearances, both joining Jimmy Fallon on on Dec. 10 as Miley hilariously serenaded Pete with a cover of Yvonne Fair’s “It Should Have Been Me.” The pop star added in some specific details about his new romance with Kim Kardashian, 41, joking that it “should have been” her in those various photos where Pete and Kim were cozying up. “I said, it should have been me — ohhhhh, it should been me,” she belted out, before stating, “Pete Davidson, how you gonna do this to me?”