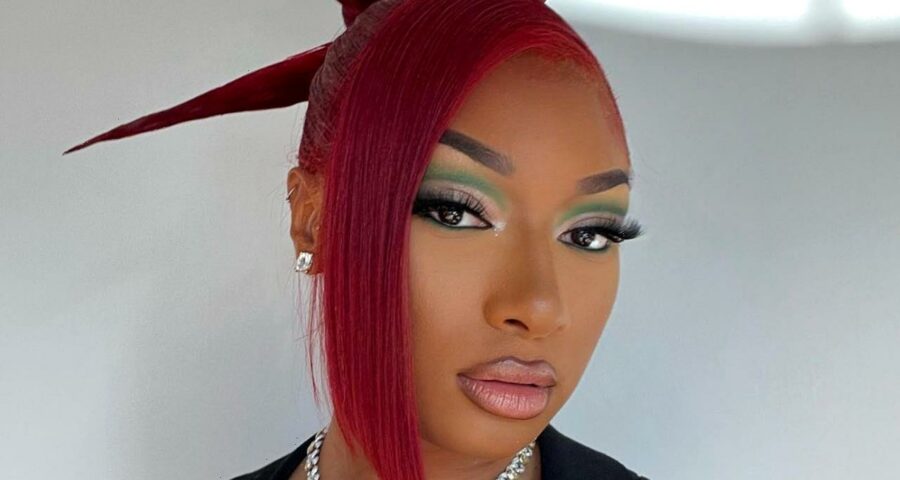 It’s reported that hundreds of thousands in goods, including jewelry, cash and electronics, were taken after two men broke into the ‘Hot Girl Summer’ hitmaker’s property when she’s not home.

AceShowbiz –Megan Thee Stallion has become a victim of a home robbery. Hot Girl Meg’s mansion in Los Angeles has reportedly been ransacked by two thieves who took up to $400,000 in jewelry, cash and electronics.

TMZ said on Friday, October 14 law enforcement sources said her L.A. house had been targeted on Thursday night, October 13. It said authorities had told them the pair were wearing hoodies and gloves, smashed a glass door at the back of the rapper’s home and headed straight for her “primary bedroom.” The outlet added, “Our sources say the crooks took an estimated $300–$400,000 in jewelry, cash and electronics from inside the home.”

TMZ said Megan was not home during the break-in and said about police being set to trawl CCTV of the incident, “At this time, police have not made any arrests, but we’re told there’s home surveillance of the break-in, and detectives are working to obtain more video and evidence from neighbors that could help them catch those responsible.”

A representative for Megan had not responded to a request for comment when the report was published. Moments after the story broke, Megan tweeted, “Wow. Material things can be replaced but I’m glad everyone is safe.” It prompted a flood of fans to wish her well and ask if she was OK.

Megan will make an appearance as a host and musical guest on “Saturday Night Live” on Saturday, October 15. In a promotion released on Wednesday for her scheduled “SNL” show, Megan was seen in a kit confronting named cast member Sarah Sherman in a skit. Sarah, 29, asked Megan if she was nervous ahead of rehearsals for the show, with the rapper saying, “I am so excited, but a little nervous!”

Megan then looks Sarah up and down and says, “Sarah, b***h, do you know you are completely naked?” Referring to her explicit track with Cardi B, Megan added, “Let me be the first to tell you, your whole WAP (wet a** p***y) is out.” Grammy-winning Megan has performed twice on “SNL”, in 2019 and the following year.