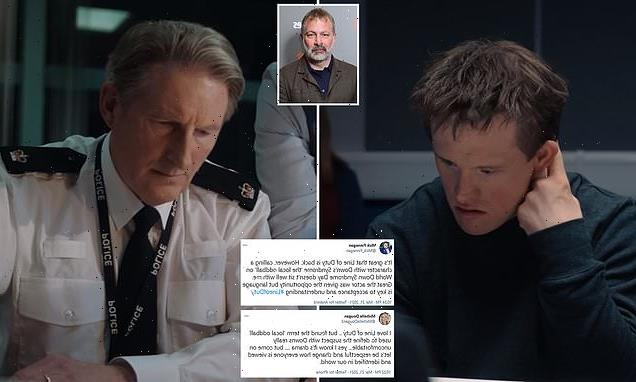 The term was used during the first episode of series six, with many viewers taking to Twitter to say its inclusion was ‘disappointing’ – and made worse by the show airing on World Down Syndrome Day.

More than 300 people have now contacted the BBC to say they were ‘unhappy’ with the use of the phrase which was said by Adrian Dunbar’s character Superintendent Ted Hastings. 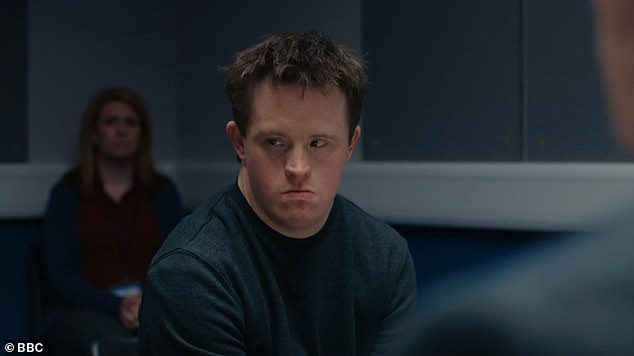 Towards the end of the episode, Hastings suggested another suspect was ‘more likely to be the gunman than the local oddball, that’s for sure’ while talking about suspect Carl Banks, sparking a furore on Twitter.

However, following the episode airing on March 21 the Down’s Syndrome Association (DSA) said it was ‘fantastic’ to see an actor with the condition in the show – and this was ‘the most important part’ about it.

Writer Jed Mercurio insisted the term ‘oddball’ referred to what Barry George had thought the police perceived him as after being cleared of killing Jill Dando in 2008. 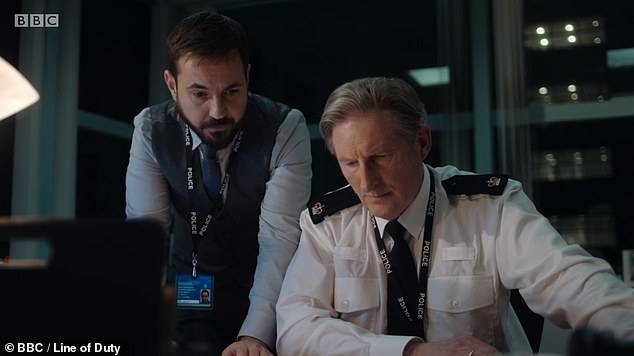 Unimpressed: The term was used by Adrian Dunbar’s character Superintendent Ted Hastings (right, with Martin Compston as Steve Arnott) during the first episode of series six, with many viewers taking to Twitter to say its inclusion was ‘disappointing’

The 55-year-old also pointed out Hastings had not met Terry, played by actor Tommy Jessop, when he used the term, and the show was intended to ‘portray policing with some of its failings’.

Elliott Rosen played Mr Boyle in series one, but Jessop took it over in series five and became the first actor with Down’s syndrome to appear in a BBC primetime drama.

A DSA spokesman told MailOnline: ‘The most important part about Line of Duty last night was that one of the main characters in the drama has Down’s syndrome.

‘Tommy Jessop, who played the part of Terry Boyle, has a very impressive CV and has been recognised by Bafta for his skills as an actor.

‘To have a main character who has Down’s syndrome in such a primetime programme is fantastic to see. Some people have contacted us who were concerned about the language used by another character in the drama.

Interview: Terry Boyle, played by Tommy Jessop, was labelled an ‘oddball’ during the episode

Reaction: The labelling of Terry (right) was described by viewers as ‘uncomfortable’ and ‘poor form’ on Twitter

‘The reality is that people who have Down’s syndrome sometimes do experience hurtful language and we all have a responsibility to speak up when we witness this. It’s important that we all continue our efforts for greater inclusion and acceptance.’

Despite this, the reference sparked an immediate surge of outrage on Twitter, with Barnardos assistant director of children’s services Michelle Dougan among those criticising it.

She tweeted: ‘I love Line of Duty, but found the term ‘local oddball’ used to define the suspect with Down’s really uncomfortable. Yes, I know it’s drama, but come on, let’s be respectful and change how everyone is viewed and identified in our world.’

Jim Gamble, boss of Ineqe safeguarding group, added: ‘Especially on the day that it is, but also on any day, the script writer of Line of Duty needs to reflect on the line referring to a suspect with special needs being referred to as the ‘local oddball’.’

Staffordshire Police Chief Inspector John Owen said: ”Local oddball’. C’mon! We talk about stigma, changing the language and equality. This applies to all, including those with #DownSyndrome. Very poor. #BBC #LineofDuty #DownSyndromeDay.’

And Mick Finnegan, a Royal College of Psychiatrists adviser and campaigner for people with disabilities, tweeted: ‘It’s great that Line of Duty is back. 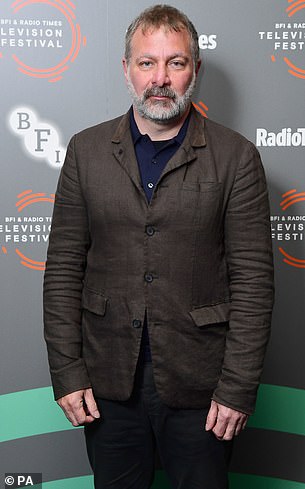 Defence: Line of Duty writer Jed Mercurio defended the line in the script for series six

‘However, calling a character with Down’s Syndrome ‘the local oddball’ on World Down Syndrome Day doesn’t sit well with me. Great the actor was given the opportunity but language is key to acceptance and understanding.’

However, creator Mr Mercurio hit back at the criticism in a series of tweets, pointing out it was actually a reference to the case of TV presenter Jill Dando, who was murdered in 1999.

After Barry George was acquitted of her murder in August 2008 following a retrial, he said: ‘I was the easiest target on the case. They (police) could just say, ‘We’ve got the local oddball’.’

Mr Mercurio referred to this quote and told Mr Gamble: ”Oddball’ has no connotation for learning difficulties. It describes a loner, an eccentric. It’s an equally fitting description for someone like Christopher Jefferies.

‘The drama is using the term to refer to the Dando case, not to learning difficulties. We work with numerous police advisers.

‘Line of Duty portrays policing with some of its failings. The officer in question doesn’t work with vulnerable people and hadn’t met the suspect. The ones dealing with the suspect used different, more appropriate language.’

He continued: ‘I’m not sure if you’re saying no police officer would use that term (some would – and way, way worse, tbh) or that TV drama can’t use a term that, for the reasons I’ve explained, just doesn’t have the intended connotation you’ve subjectively attributed, the main reason being a reference to a real case of police mishandling of a vulnerable suspect.’

A BBC spokesman told MailOnline at the time: ‘Ted Hastings has never met Terry Boyle. In the scene, he is reviewing the evidence against the character.

‘The word used in dialogue refers to an eccentric or loner, which fits the stalker/obsessed fan theory of Gail Vella’s murder.

Reference: Mr Mercurio posted a series of tweets defending the use of the word in last night’s episode, saying it was a term used in the Jill Dando case

‘The dialogue has no meaning or connotation that relates to the character’s disability.’

Nearly 10million people watched the first episode of series six on BBC One last night, with the average audience being 9.57million and the peak at 9.69million. 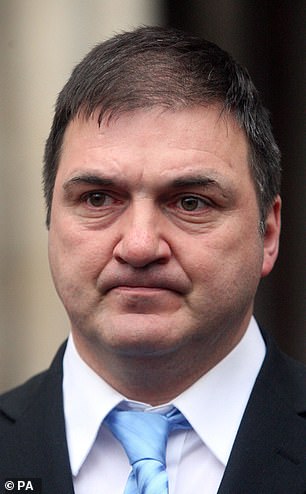 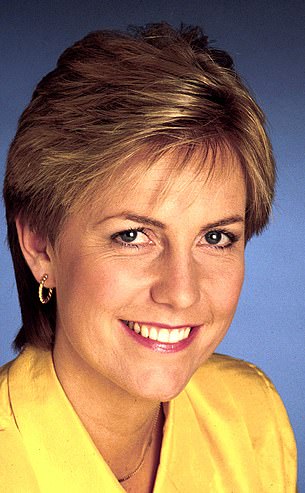 Explained: Mr Mercurio defended the term, saying it was a reference to what Barry George (left) had said the police had thought of him as after being cleared of murdering Jill Dando (right) in 2008