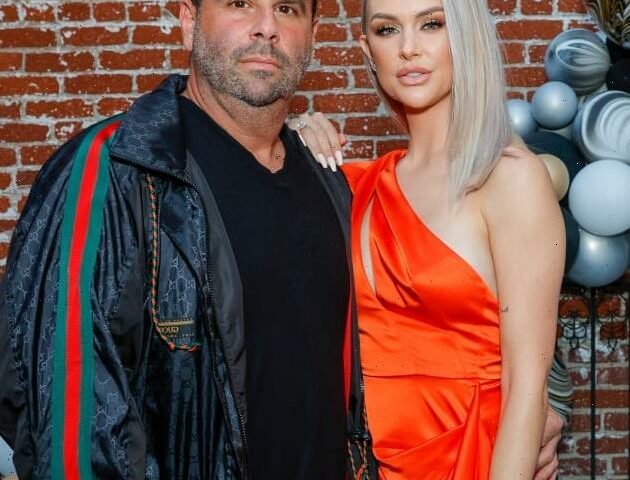 Back in October of 2021, Lala Kent called off her engagement to Randall Emmett, and while the news may have been surprising, the reason for the breakup, sadly, was not.

Emmett had cheated on Kent, and a wounded Lala shared her shock and disgust with fans via social media and her popular podcast.

But while Lala might have been caught off guard by Rand’s infidelity, she was just about the only one who didn’t see this situation coming.

After all, Emmett has a long history of infidelity — and it seems that all of Lala’s friends knew he was sleeping around.

Kent opened up about the split during this week’s Vanderpump Rules Season 9 reunion episodes.

At one point, she angrily lashed out at her friends for not telling her about various rumors and red flags concerning Randall.

But Lala might not have a leg to stand on here, as the rest of the cast pointed out that she was not receptive to criticism or speculation about “her man” during their relationship.

“That’s true, we were never allowed to talk about him,” added Scheana Shay, adding that she thought Randall “was a standup man.”

Asked by host Andy Cohen what sort of rumors he had heard about Emmett, Sandoval offered specifics, while allowing certain parties to remain anonymous.

“Somebody that you all know, I will not mention his name, his sibling works with somebody who, they’re best friends … but Randall was apparently hitting this person up,” Tom said.

“I heard some sexual rumors. Hotel room stuff, girls meeting up. I saw him buying drinks with two of the hottest girls that walked into Sur,” James Kennedy chimed in.

“Baby was already born at this point by the way. It was touchy-feely at the bar. I was like, ‘Oh my god,’ I was like, ‘Does anyone not see Randall?!'”

By this time, Lala was furious over the idea that her friends knew about her ex’s infidelity, but said nothing.

“Not one time has anybody come up to me and said, ‘This is what your dude is doing,'” she said.

“Randall Emmett creeping around on me? That should have been brought to my attention.”

Asked what finally alerted her to the fact that something was going on, Lala detailed Randall’s suspicious behavior.

“Randall was never, ever home and he would always say it was work related and he was always on his phone, it was non-f—ing stop on his phone and I still didn’t even register it,” she said.

Kent says she remained in denial until co-star Katie Maloney informed her of a photo that showed Randall in the company of two young women.

“I just got the biggest pit in my stomach. I just knew Randall is not who I think he is,” Kent tearfully recalled.

“I thought I knew that he was loyal to me. That’s all I wanted because I was like, I know how dudes are and I can trust him and I know he’s not f—ing around on me,” she continued.

“The fact that this man, he knew what he was out doing and he made me feel safe enough to bring a child into this world, I feel disgusted.”

Adding insult to injury is the fact that Lala comes off as a bit of a hypocrite in these conversations.

For starters, Emmett was married to another woman when Kent started sleeping with him — and she didn’t seem at all bothered by the situation.

On top of that, Lala previously accused Raquel Leviss of being “dumb” for ignoring cheating rumors about James Kennedy.

“I didn’t hear any rumors specifically about Randall and other women. But I wasn’t surprised when I heard the news that Lala was leaving him because of that, just because I knew Lala, when she was seeing Randall, as a mistress,” Leviss said during the reunion.

Kent pled ignorance on this later point, claiming that early in their relationship, she thought Emmett’s marriage had come to an end, even though he wasn’t legally divorced:

“I have only seen successful marriages, I didn’t know people rolled that way,” she added.

“We were always traveling and he always came to my place. I didn’t put two and two together.”

Lala has been clashing with deadbeat dad Brock Davies for months now, so of course Scheana’s trash bag fiance seized this opportunity to kick Kent while she was down:

“You didn’t need to put two and two together. You got a Range Rover out of it,” Brock interjected.

“You got this lifestyle that is amazing to have, but from outside looking in, it looks like that and a lot of people can see that.”

Kent remained calm and closed out the segment by stating that while she’s disgusted by Emmett’s behavior, she has no regrets about the relationship that gave her her daughter:

“When I found out that things were not as they seemed to be — which, by the way, I’m still finding out things from back then — I thought life is not cookie cutter, we were soul mates, we fell in love and of course I didn’t think he was gonna be doing this to me.”

Kent added that she’s still sober after years of battling alcoholism, and she was never tempted to fall off the wagon:

“I am so proud to say I have never been stronger in my sobriety than I am right now,” she said.’

We wish her all the best in her continued recovery.