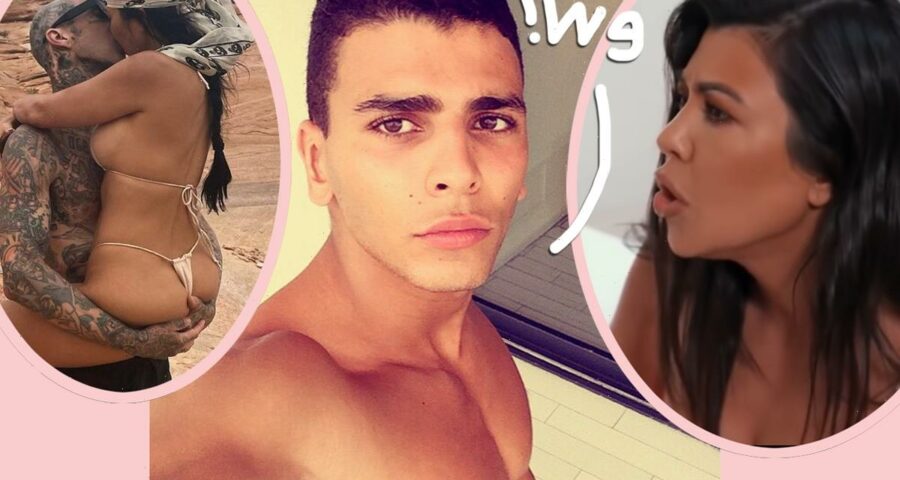 How do YOU feel about all the affection Kourtney Kardashian and boyfriend Travis Barker are putting on display?

It’s been non-stop PDA from the pair lately, as they keep one-upping themselves with sexy shots and comments faster than we can even keep up! The 40-something parents really are like a couple of teenagers with each other. What do y’all think? Is it HOT?? #Couplegoals? Or just way too public and embarrassing??

Well, we’ve learned someone from Kourt’s past is solidly in the second camp — or at least it would seem.

The KUWTK star’s ex Younes Bendjima has now apparently weighed in on seeing his former paramour getting steamy with the drummer from Blink-182. Throwing some serious shade on his Instagram Story, the male model wrote simply:

Like we wouldn’t all know exactly what — and whom — he was talking about there.

Clearly he’s sharing his opinion of all the sexy pics and vids his ex and her new man are sharing. After the thumb-sucking, the biting comments, and that pic Monday afternoon?? You won’t convince us Younes’ sudden interest in moral uprightness and propriety is a coincidence.

Not to mention, it’s pretty darn hypocritical if you ask us…

Not only has he shown off his body, both on social media and as a job, he also participated plenty in the PDA party when he was with Kourtney.

We mean… y’all remember this?? 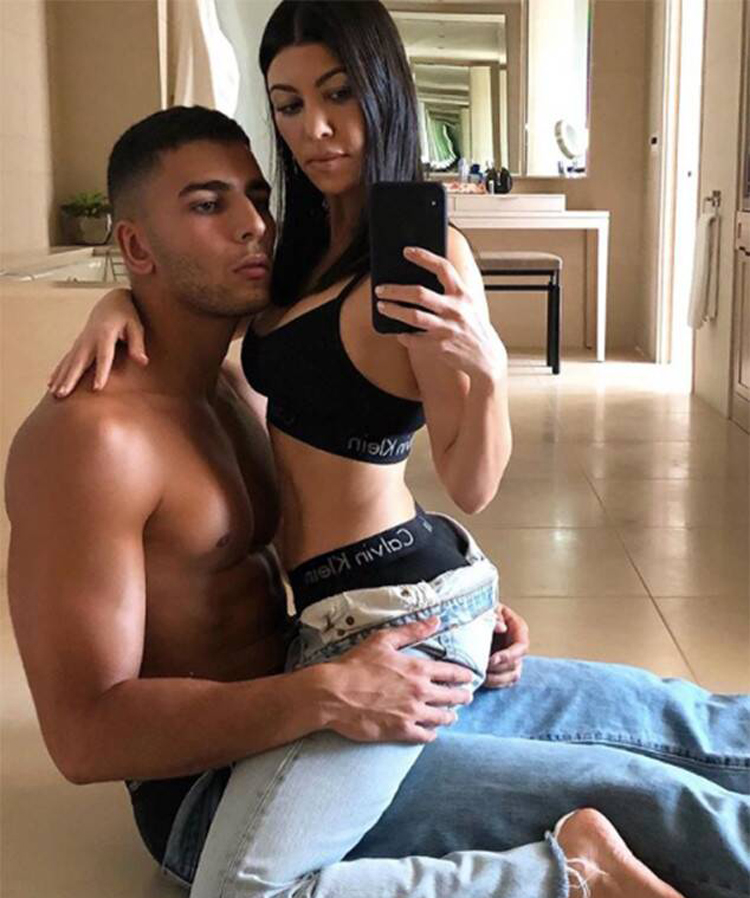 Just the pinnacle of modesty right there…

Yeah, we’re not convinced this disdain for PDA even is the 27-year-old’s new *ahem* position.

Because we also don’t think it’s a coincidence this is just a month after Kourt’s family talked trash about him during an episode of Keeping Up with the Kardashians. In case you missed it, the sisters were grilling her about whether she’s dating anyone, and Khloé Kardashian asks if she’s still talking to “what’s his name.”

Kourt then revealed he still texts her “every once in a while” though she never talks to him. Oof. How mortifying!

Not only that, Khloé then remarked on the show how “negative” he was — and got even more harsh while live-tweeting the episode, writing:

“He was sooooooo toxic and negative for Kourt.”

Just so we’re clear on how Younes passive aggressively uses his IG Story, he posted just that episode last month:

“Do yourself a favour. Surround yourself with those who speak of visions, ideas, goals, growth. Not those who sit and gossip about others. And if you do find yourself in that situation, excuse yourself and walk away. The game ends when you choose to leave such a gathering.”

Just out of the blue. Uh huh.

So the image we have now is of a guy who still fruitlessly messages his ex and just saw himself get dragged on national TV — and suddenly he happens to think she should be shamed for her PDA with another guy?

Sorry, if we couldn’t read between those lines, we’d need to set up an optometrist appointment!

What do YOU think is going on with Younes??