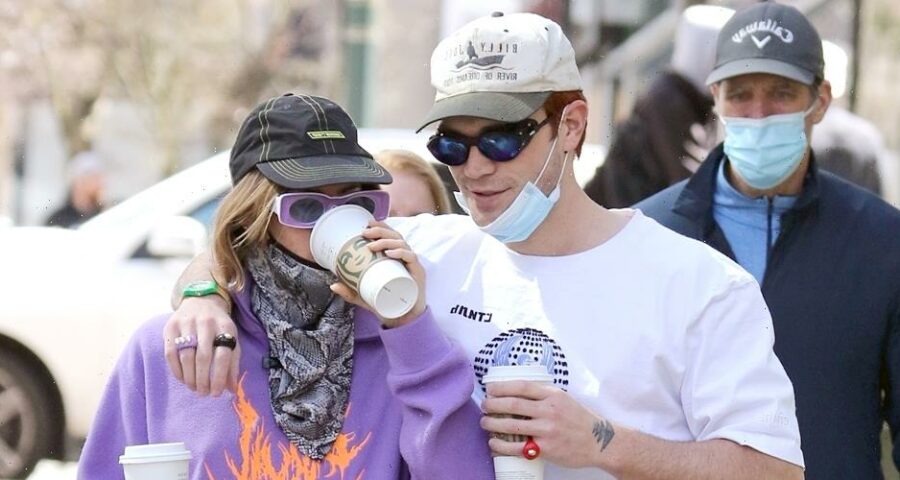 KJ Apa gets close with Clara Berry while out on a walk on Monday morning (April 12) in Vancouver, Canada.

The 23-year-old Riverdale actor wrapped an arm around Clara‘s shoulders as they walked and talked on their stroll around town, where they also picked up some coffees to go.

The couple were also seen laughing at Clara‘s dog, who was unleashed, on their walk as it was running circles around them.

PHOTOS: Check out the latest pics of KJ Apa

KJ and Clara were last spotted out together late last month, just after she had completed her 14-day quarantine upon arriving back in British Colombia.