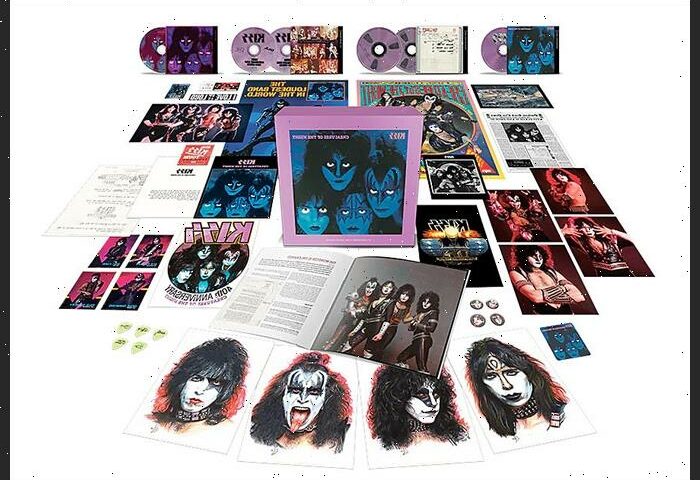 Marking the 40th Anniversary of their 1982 album Creatures Of The Night, KISS will release a 5 CD Super Deluxe Boxset on November 18.

The Super Deluxe box set also features an extensive array of bonus KISS memorabilia and ephemera, including 80-page Hardcover Book with Extensive Liner Notes by Ken Sharp and a treasure trove of unreleased photos and imagery and a Creatures Of The Night 1982 Press Kit.

75 songs from the 103-track Creatures Of The Night 40 Super Deluxe edition are previously unreleased.

Ahead of the album, previously unreleased song titled “Betrayed” was already released.

The box set is available to pre-Order at our KISS store at https://kiss.lnk.to/COTN40