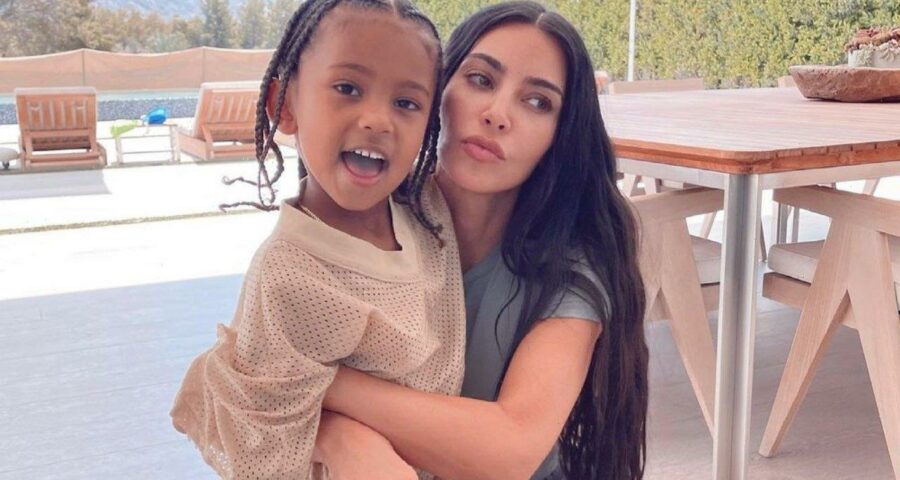 The Skims founder admits she’s ‘trying not to freak anyone out, but I’m just really worried’ when talking about the 5-year-old’s coronavirus diagnosis in a preview of ‘KUWTK’.

AceShowbiz –Kim Kardashian has had to deal with not just one, but multiple coronavirus cases within her nuclear family. The model/businesswoman reveals in a new preview for an upcoming episode of “Keeping Up with the Kardashians” that her son Saint West tested positive for COVID-19.

“Sainty just tested positive for COVID,” Kim tells an unnamed person on the phone in the sneak peek which is yet to be shared online. Looking rather downcast and worn out, she hints that her eldest child North West might also have the virus. “And North is saying she’s feeling sick,” she adds.

The mother of four admits in a confessional, “I’m trying not to freak anyone out, but I’m just really worried.”

More of Saint’s bout of coronavirus will be addressed in next week’s episode of “KUWTK”, which currently is in its 20th and final season on E!. The show airs Thursdays at 8 P.M. ET.

Considering that the reality series was filmed months ago, Saint’s COVID diagnosis was likely to take place sometime in the past. While Kim has never revealed that his son had the virus before, she opened up last fall about her now-estranged husband Kanye West‘s COVID experience.

“Kanye had [COVID] way at the beginning, when nobody really knew what was going on… It was so scary and unknown,” the 40-year-old told Grazia in October 2020. “I had to go and change his sheets and help him get out of bed when he wasn’t feeling good. It was a challenge because it was so unknown,” she went on sharing. “Changing his sheets with gloves and a face shield was really a scary time.”

Kanye himself opened up about his battle with the virus in a July 2020 interview with Forbes. He said he tested positive in February of that year, recalling his symptoms as saying, “Chills, shaking in the bed, taking hot showers, looking at videos telling me what I’m supposed to do to get over it.”