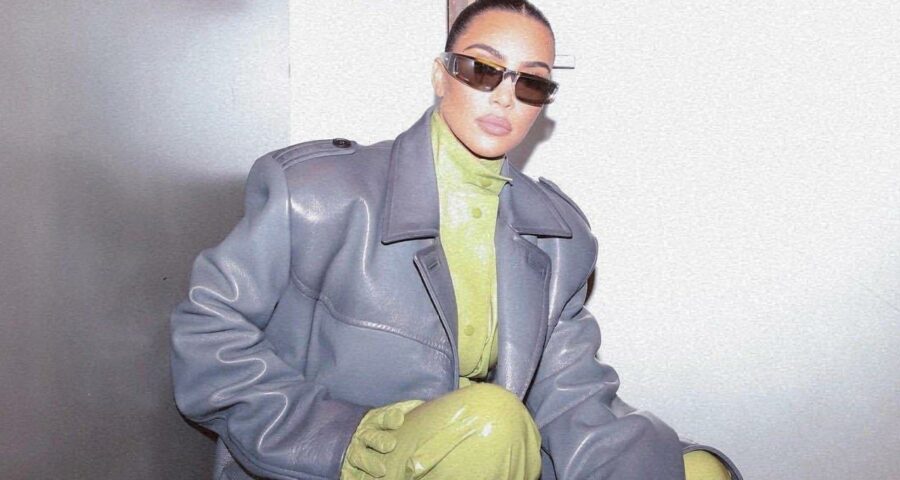 The ‘Kardashians’ star is accused of photoshop fail as her belly button appears to be missing in Instagram photos of her rocking a SKIMS sports bra and underwear set.

AceShowbiz –Kim Kardashian is no stranger to negative comments, but one particular criticism has left her baffled. The reality TV star couldn’t help clapping back after she was accused of photoshopping her belly button in recent Instagram photos.

Catching wind of the accusations, the SKIMS founder didn’t remain silent. She took to her Instagram Story on Tuesday, April 26 to share a screenshot of a Daily Mail article about her seemingly missing belly button.

On the next slide, she posted a screengrab of another article by PageSix and wrote over it, “Come on guys… . Seriously!” The 41-year-old added, “This is so dumb! Claiming I photoshopped out my belly button????”

She continued mocking the trolls as suggesting them to use her SKIMS underwear to cover their own belly button. “Belly button insecurities?! Well… why don’t you head on over to skims.com to conceal that saggy belly button of yours with a great pair of high waisted underwear like I did!” she wrote. “You’re welcome!!!” 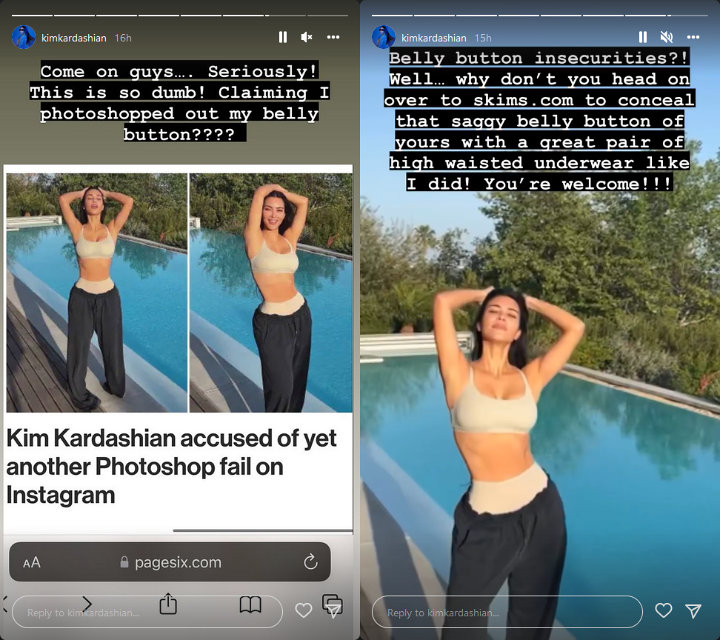 Kim Kardashian clapped back at accusations she photoshopped her belly button.

The photos in question were shared by Kim on Sunday. In the images, she flaunted her slim figure in her SKIMS sports bra and underwear set with a pair of dark sweatpants. She posed by the pool while lifting her hands, showing off her curves.

The aspiring lawyer had her long raven hair loose and parted in the middle, while she flashed a big smile. “Sunday in my @skims,” so she captioned the snaps.

While many of her fans commented on how “stunning,” “lovely” and “beautiful” Kim was in those pictures, some eagle-eyed users noticed that her belly button seemed to be missing in the images. “You forgot to leave in your belly button,” one person wrote.

“Where on earth is your belly button, yo??” asked another. A third similarly enquired, “Belly button Missing???” One person even appeared to want to kick off a movement with the hashtag “#WheresKimsBellyButton”.