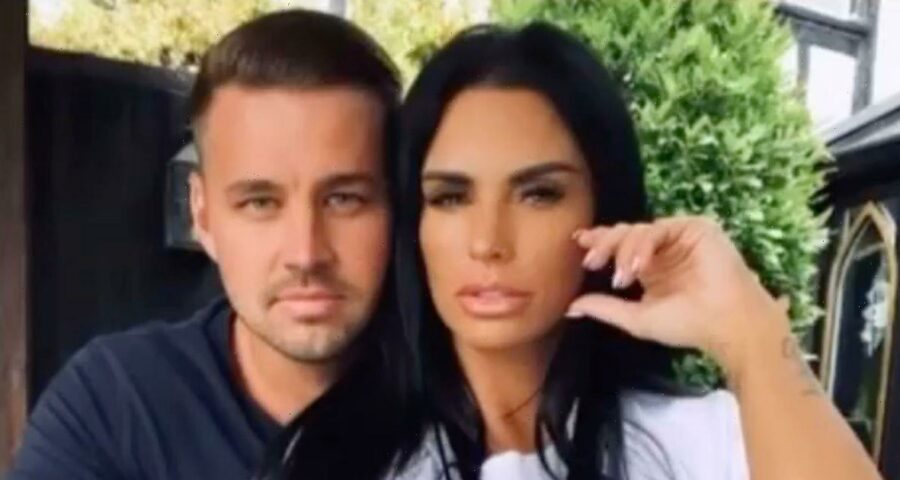 Katie Price has paid tribute to her fiancé Carl Woods on their one year anniversary by sharing a sweet video montage of their photos together.

The 43 year old, who recently said she plans on taking her eldest son Harvey to a club now that he's an adult, took to her Instagram feed to post the clip that was made by one of her fan accounts.

The footage, which had Bruno Mars' hit song Marry You on in the background, started out with a snap of Katie resting her head on the 32 year old's chest as they smiled for the camera.

Another photo showed Katie with jet black hair as she donned a white top and jeans while her other half wrapped an arm around her. A third showed Carl with a protective arm around Katie when she was blonde.

Others saw them walking down the street or sharing an intimate moment, before another saw Katie attempting to plant a kiss on Carl as a fifth snap showed them laying in bed together.

The final few saw them laughing together before posing for their engagement photos after they announced the news exclusively with OK! magazine.

She ended the series with a photo of them in the airport as they jetted back to Turkey earlier this week.

In the caption, Katie gushed over Carl as she wrote: "1 year anniversary with my world @carljwoods absolutely perfect and love him so much," alongside two red heart emojis.

She then thanked her fan for creating the clip as she added: "Thankyou Ruby @the.pricey for doing this video I asked you to do," followed by three red heart emojis.

Carl also took to his Instagram feed to share a sweet picture of himself with Katie as they smiled over a platter of delicious looking food.

"1 year today almost to the hour, you flipped my world 360. I love you always. Happy Anniversary dolly @katieprice," he wrote in the caption.

Katie and Carl confirmed their romance in July 2020 after they were seen locking lips and they've gone from strength to strength ever since.

Despite knowing each other for years, Katie and Carl were set up by a mutual friend during the coronavirus lockdown last year.