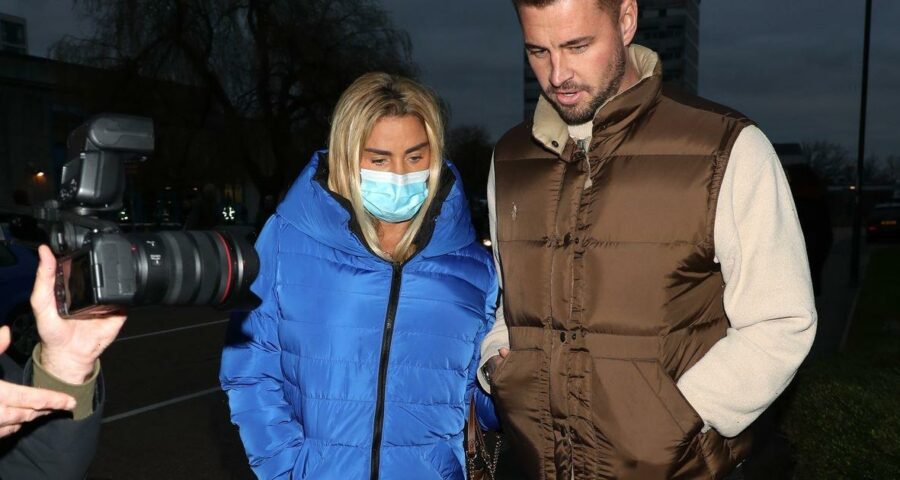 Katie Price has managed to avoid a court hearing by striking a deal to pay off her debts.

The model and reality star, 43,who recently halted content on her OnlyFans page due to recovering from plastic surgery, was due to appear in High Court on Monday 14 February as part of her bankruptcy case.

However, the hearing was adjourned after it was revealed she had paid off a small chunk of the money she owes, along with supplying a new payment plan.

A source toldThe Sun: "It was all very last minute but she wanted to avoid court. Katie does want to pay back the money but it's been slow progress."

An email was also sent out to creditors on Monday morning, which read: "The hearing has been adjourned to the next open date after 8 weeks by consent and vacated from the Court's list today."

It also added that Katie had made "payments into the estate, made several new significant concessions, agreed increased co-operation and consented to continued suspension of discharge."

Katie faced a new probe into her finances in January after failing to repay £3.2 million to the likes of her mortgage company, HMRC and other small businesses.

The bankruptcy hearing was due just weeks after she was previously in court after being arrested on suspicion of drink-driving in September 2021, an incident in which she crashed her BMW.

Katie was first declared bankrupt in 2019, then avoiding punishment by arranging to pay off £12,000 a month through an individual voluntary agreement.

However, she failed to keep up with the payment plan, and last year her infamous 'mucky mansion' in West Sussex was hit with a repossession order after failing to cough up for her £500,000 debt.

Katie has recently addressed her legal issues in her new Channel 4 documentary series, Mucky Mansion, during which she was struggling with mental health issues.

The third episode of the series, which saw the former model take on a series of DIY projects, took a serious turn as the narrator revealed Katie had been arrested and subsequently checked into the Priory rehab facility as a condition of her suspended sentence.

She later spoke on camera about the situation.

"I regret getting in the car. I could have killed someone," she said.

"I could have killed myself."