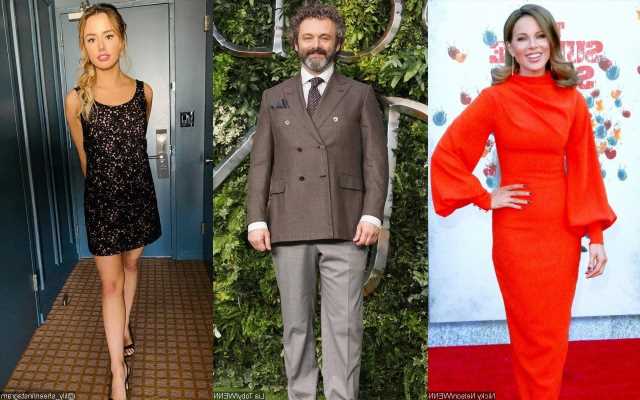 Despite hinting at a ‘difficult’ upbringing, the ‘Unbearable Weight of Massive Talent’ actress declares in a new interview that her parents are so ‘supportive’ of her.

AceShowbiz –Kate Beckinsale and Michael Sheen‘s daughter suggested that growing up under the spotlight is not always fun. When speaking about her new film “The Unbearable Weight of Massive Talent“, Lily Mo Sheen insinuated that sometimes it’s “difficult” to have famous parents.

In an interview with Los Angeles Magazine, the 23-year-old discussed her role as Nick Cage (Nicolas Cage)’s daughter Addy in the new movie. About Nick’s character, it’s a “fictional version of himself who is recruited by a CIA operative for a high-stakes mission.”

“I was lucky enough to not have this exact upbringing,” Lily told the outlet, “But having a dad that is Nick Cage, having a family member that is in the industry, it can be difficult and relationships can really easily be frayed.”

Though so, Lily admitted that her own experience can help her performance. “What was really cool for me, especially as an actor and someone who did find parallels to the character itself, was finding the comparisons and contradictions between me and Addy,” she pointed out.

“So being able to find the parts of my life that kind of did relate and the parts that I felt very lucky not to relate to was really interesting,” she added. “I was able to forge a character out of my body that I could find catharsis through in a way.”

Lily went on to note that she is totally different from Addy because her character is “so sure of herself.” The actress elaborated, “She’s so strong and really aware of who she is and is adamant about being recognized for really her own personality and uniqueness, so that was something I actually couldn’t really relate to.”

“I felt it’s a constant process for me finding my identity, and being able to play someone who is so young and so sure of herself was really amazing,” she concluded.

Regardless, Lily made it clear that her parents have been “fantastic” and “so supportive” of her new project. “They were really excited,” she said. “My mom was telling me to ask Nick all these kinds of questions, you know, very typical mom stuff.”

“She was in the premiere with her phone up filming everything and when my name came up at the end, she was screaming. It was amazing,” she said. “It felt really good for her to support me and for the role reversal to happen.”