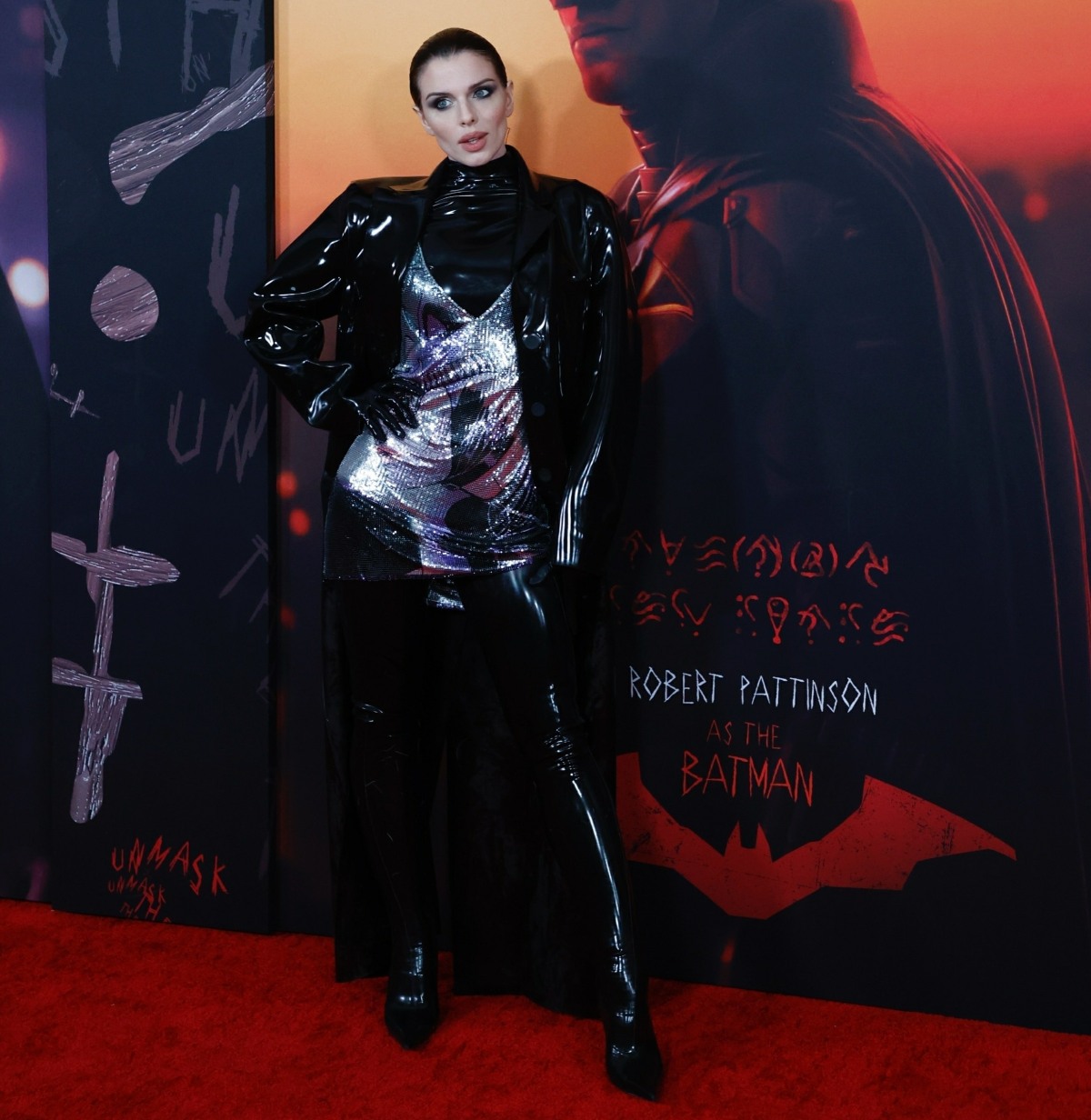 Julia Fox has been trying to extend her fame post-Kanye West. They broke up in early February, meaning their relationship lasted – at most – about five weeks. Julia announced the split on Valentine’s Day, even though the split had been telegraphed for two weeks beforehand. Julia was everywhere and doing too much, but hey, she made some connections and I think she set herself up pretty well. She’s already walked some runways and she’s getting invited to some big events in Europe and New York. Events like… the NYC premiere of The Batman. The photos in this post are from her appearance at the premiere. Photographers grabbed more pics of Julia than Zoe Kravitz, if we’re being honest. So, obviously, Julia wants to talk about her life after being My Fair Yeezy’d.

“It was the best thing that could have happened to me,” the actress said of their short-lived romance while speaking to Entertainment Tonight. “It kind of brought a spark back into my life that I had kind of forgotten about.”

Fox, 32, and West, 44, met in Miami on New Year’s Eve. The two quickly bonded and even traveled to New York City together within days of knowing each other. West proceeded to spoil the “Uncut Gems” star with a hotel suite’s worth of clothes from celeb-loved label Diesel. A rep for the brand confirmed to Page Six Style that Fox received 40 full looks to choose from — 10 from Diesel’s Spring 2022 runway collection and 30 from its Pre-Fall 2022 lineup.

When asked about future relationships, Fox shared that she’s simply “too busy” to even consider one at the moment. “I don’t even have the time to, like, brush my hair. I mean, if I meet someone, yes. If nature plays its course, and someone comes along, I’d be more than happy to entertain that. But I’m not looking for anything right now.”

As for where things stand between her and West now? “We’re still friends, yeah,” she confirmed.

I’m glad she’s not broken up about it. I always thought she was pretty clear-eyed about the whole relationship being transactional. He wanted someone with any kind of “name” who could be his beck-and-call girl. He wanted to get attention and hopefully make Kim jealous. All Julia wanted was new clothes, connections and fame. But how long will she ride the Kanye connection? Will she need a new “thing” soon? 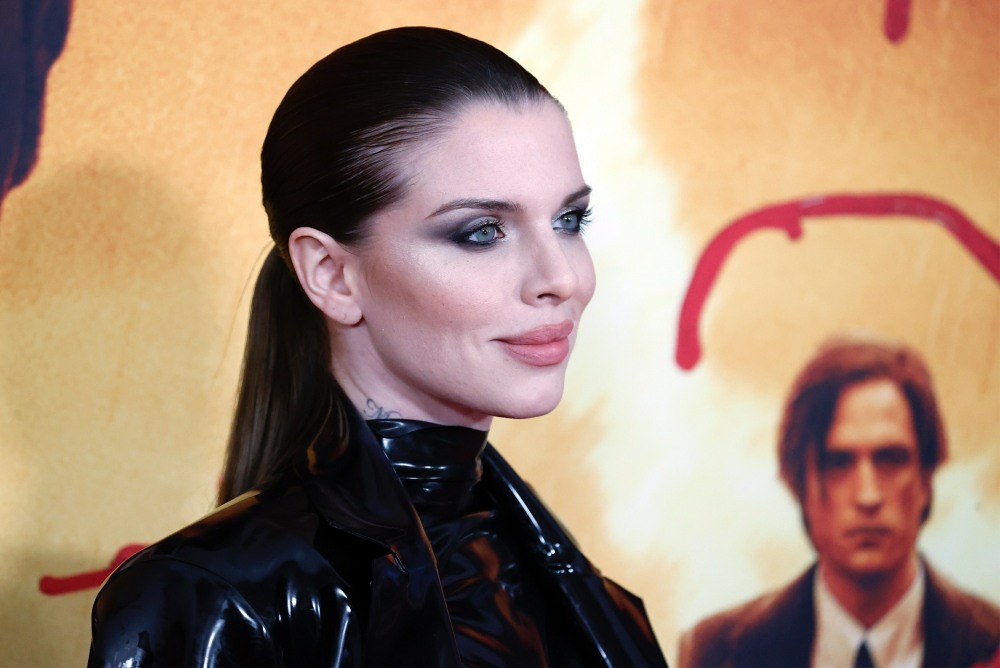 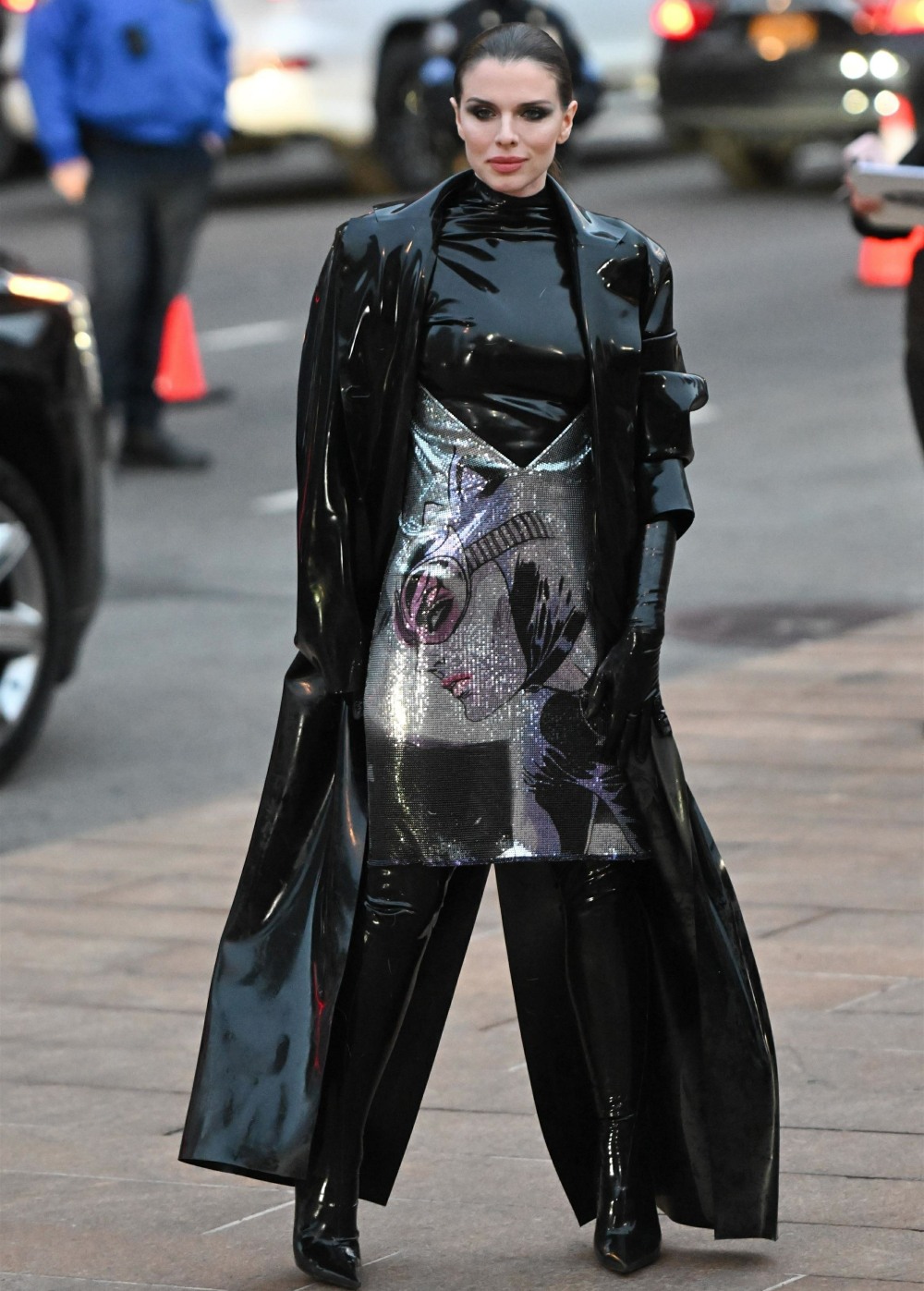