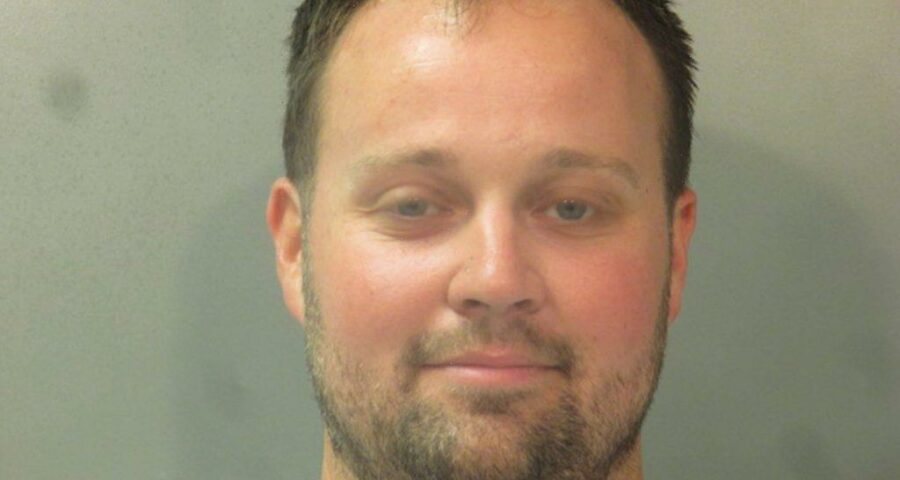 Josh Duggar’s trial begins on November 30. While the trial won’t start for another couple of weeks, Josh’s defense has been busy in the lead-up. In recent months, his defense has filed several motions, hoping to suppress some evidence. Most recently, his lawyers have asked a judge to prevent the prosecution from bringing up Duggar’s 2015 molestation scandal. His defense has argued that it is impossible to ascertain if the events even happened.

Josh Duggar, Jim Bob and Michelle Duggar’s eldest child, shocked Duggar family followers when he was arrested on two child pornography charges in April 2021. The arrest was the result of an 18-months long investigation by the Department of Homeland Security. According to court records, federal agents found that Duggar was downloading child sexual abuse images to a work computer located at a car lot he once owned.

Federal agents raided the lot in November 2019. Shortly after the raid, Duggar shuttered the business. The April arrest was the first that family followers had heard of the raid after the original incident. In May 2021, a federal judge released Duggar on bond while he awaited trial. He was placed under the supervision of family friends. He is not allowed to be in the presence of minor children that are not his own and can not use the internet as part of his release agreement.

While most of the prosecution’s case against Josh is being closely guarded, Duggar family followers learned from court documents that the prosecution intends to use the molestation of Duggar’s sisters in their case. The prosecution plans to use the information to prove that Duggar has a history of inappropriate interest and contact with minors. A police report regarding the incidents does exist and was released to the public in 2015.

The 33-year-old used car salesman was a minor when he engaged in the behavior. His defense team is using that fact to persuade a judge to block the prosecution from using the information in Josh Duggar’s trial. In a court filing obtained by the U.S. Sun, Duggar’s lawyers argue that the redacted nature of the document means that the prosecution can not use it to ascertain what happened and whether or not Duggar’s behavior was criminal. The defense argues that the police never charged Duggar for the incidents.

The police report, originally obtained by In Touch, states that Duggar, then a teen, had inappropriate contact with several minor children. His victims included several of his sisters and one family friend. While it is true that the document is heavily redacted, the prosecution believes there is enough there as evidence to use in Josh Duggar’s trial. The Duggars engaged in a great deal of public discussion about what happened, as well. Josh issued a public apology during the scandal, and two of his victims spoke about the incident in a televised interview. Jim Bob and Michelle Duggar also publicly discussed what happened.

The defense has had several motions thrown out of court already

The defense might hope to have the evidence suppressed, but they’ve been unlucky so far. In the lead-up to Josh Duggar’s trial, the defense team has filed several motions regarding the suppression of evidence. One motion even attempted to have the entire case thrown out of court. Duggar, accompanied by his wife, Anna Duggar, and his lawyers were in court in late September to discuss those motions. By the end of the day, the federal judge presiding over the case had thrown out all those motions.

Duggar has also passed his deadline to submit a plea agreement and seems ready and willing to go to trial. A pretrial hearing, slated for November 18, will be the last meeting before the official trial begins. It is unknown if Anna, who gave birth to the couple’s seventh child in late October, will be on hand.

How to get help: If you or someone you know has been sexually abused, text HOME to the Crisis Text Line at 741741 for free and confidential support.