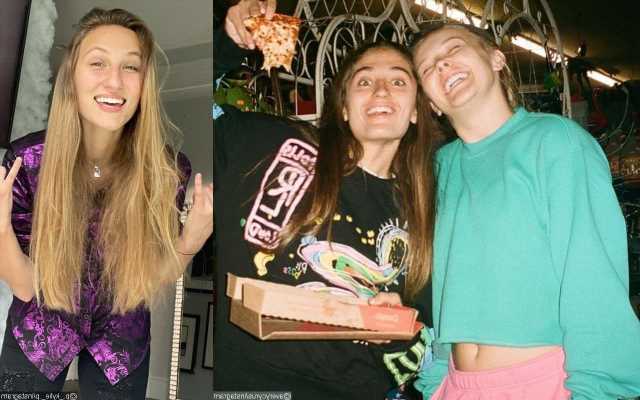 The ‘Dance Moms’ alum and the content creator make their relationship TikTok official, two months after Kylie announced she and the ‘D.R.E.A.M.’ singer had called it quits again.

AceShowbiz –JoJo Siwa has found new love in another social media influencer. The singer/dancer has confirmed that she’s dating TikTok star Avery Cyrus, two months after she and Kylie Prew called an end to their relationship following a brief reconciliation.

JoJo and Avery made their romance TikTok official on Monday, September 12 by sharing a video on the platform that Avery is specialized in. In the clip, the pair can be seen sitting at a Chuck E. Cheese photobooth in an arcade and trying out different poses for the camera.

After smiling for the camera for the first picture, JoJo and Avery turned to face each other and leaned in for a kiss. The two also stared into each other for another pose. In the caption, the “Dance Moms” alum declared she’s the “happiest girl.”

JoJo’s post put an end to the speculation about their relationship status after she and Avery previously hinted at their romance in multiple videos shared on social media. In one of the clips, they even lip-synced to throwback audio of Kourtney Kardashian and Scott Disick teasing their “platonic” relationship while hinting at something more going on between them. JoJo captioned the video, “This audio was made for [email protected]”

JoJo’s confirmation that she’s dating Avery comes two months after her ex Kylie announced their split again. Back in August, Kylie told her followers in a live video posted on TikTok, “Someone asked me, just now, if I was single. I am. I been single for almost two months, and it’s OK, it’s not deep, I promise. Everything’s fine. Not everything has to be messy and gross. Because it’s not. And I just wanted to clear the air.”

She added, “We’re both safe and happy and healthy and that’s all that matters. It doesn’t need to be drama because that just gives everyone unwanted anxiety, especially if they’re like me.” The two first started dating in early 2021 and broke up in October, only to get back together in May of this year.