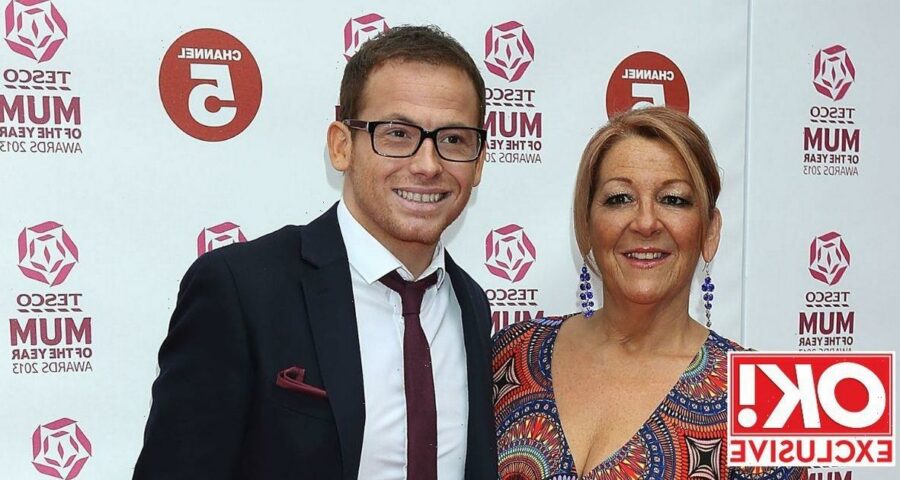 Linda Robson has spoken out on her dear friends Stacey Solomon and Joe Swash's incredible wedding at their Pickle Cottage home in Essex.

Stacey, 32, and TV presenter Joe, 40, who share son Rex, three, and baby girl Rose together, tied the knot in front of their nearest and dearest over the weekend – keeping many of the details under wraps.

Now, Stacey's pal Linda, 64, has spoken out on the stunning event in an exclusive chat with OK! magazine at the National Reality TV Awards UK 2022.

Describing the day as "absolutely amazing", Linda shared how Joe's mum, Kiffy, walked him down the aisle in place of his father Ricky, who sadly passed away from an undiagnosed heart condition called Sudden Arrhythmic Death Syndrome (SADS). Joe's father died when the star was just 11 years old.

"It was very moving because Joe’s mum walked him up the aisle because he lost his dad a long time ago," Linda explained. "And we’re really close with the Swash family – they live opposite me."

Stacey took to her Instagram feed on 28 July to post a series of photos from her wedding to Joe for her 5.3million followers to see before opening up on how "unreal" it feels to be able to refer to Joe as her husband.

She then spoke about Joe's late father as well as her own dad's late father, as she wrote: "Joe lost his father at the age of 11 and so did my dad.

"A huge part of our wedding day was reflecting on how this had a huge effect on them and how hard it is, even to this day to deal with."

Stacey ended by encouraging her fans to donate to a charity that supports bereaved children. She shared: "These memories are so special to us and it would mean the absolute world to us if they made a difference to children growing up with the loss and heartache that my father and my husband did.

"Thank you for respecting our wishes [black heart emoji] lots of love Mr & Mrs Solomon-Swash," followed by a crying emoji.

Alongside Linda, The Only Way Is Essex stars Ricky Rayment, 31, and James 'Arg' Argent, 34, were also said to be on the guest list for the intimate ceremony.

Stacey's sister Jemma, 33, acted as her maid of honour and her closest friends were her bridesmaids, while Joe's best mates acted as his groomsmen.

Entertainment was reportedly provided by a DJ playing garage classics and Arg, who is said to have performed with his band, The Arg Band.

OK! has made a donation to Wipe Away Those Tears and Child Bereavement UK