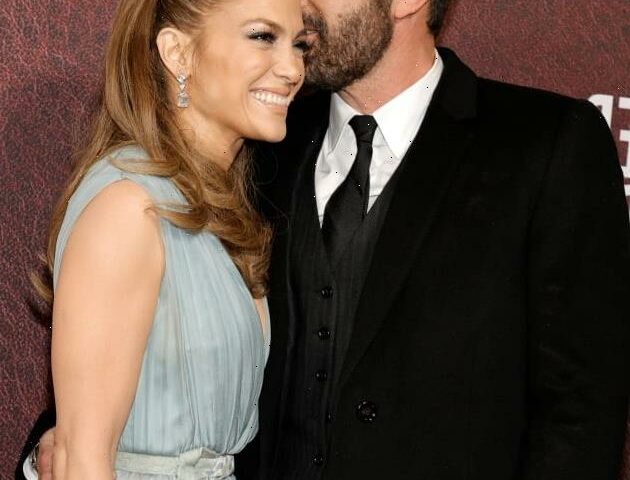 The singer broke the romantic news late last week, flaunting her enormous new diamond ring on video and teasing to fans that more details were on the way.

And now these details arrived.

In her “On the JLo” newsletter on Tuesday, Lopez revealed that Affleck popped his life-altering question at a time when the star allegedly did not see it coming.

“Saturday night while at my favorite place on earth (in the bubble bath), my beautiful love got on one knee and proposed,” J. Lo explained in the newsletter, adding:

“I was taken totally off guard and just looked in his eyes smiling and crying at the same time trying hard to get my head around the fact that after 20 years this was happening all over again.

“I was quite literally speechless and he said, ‘is that a yes?’ I said YES of course that’s a YES.”

Indeed, Affleck and Lopez got engaged way back in 2002, only to call off their relationship in 2004. Mere days before the wedding.

Fast forward these two decades… past many relationships for both Affleck and Lopez, including multiple marriages and engagements for the latter… and here they incredibly are.

“I was smiling so big and tears were coming down my face, feeling so incredibly happy and whole,” Lopez continued of the proposal.

“It was nothing fancy at all, but it was the most romantic thing I could’ve ever imagined…just a quiet Saturday night at home, two people promising to always be there for each other.”

Not just any two people, either.

“Two very lucky people. Who got a second chance at true love,” concluded Lopez, who also asked fans at one point in this newsletter:

Did you ever imagine your biggest dream could come true?

“Green has always been my lucky color and now, for sure, it always will be.”

Lopez included photos from her camera roll, including a close-up of the jewelry.

Affleck, for his part, filmed footage of his fiancée reflecting on the milestone, sharing much of the same sentiments she wrote on Tuesday.

In the video, the actress beamed as she yelled that she was engaged and the two exchanged “I love you’s,” as Affleck chimed in from behind the camera… prior to Lopez singing the classic wedding tune “Going to the Chapel.”

Jennifer recently told People Magazine what makes their connection different now compared all those years ago, telling the outlet:

“We’re older now, we’re smarter, we have more experience, we’re at different places in our lives, we have kids now, and we have to be very conscious of those things.”

“We have been in the game in the public eye long enough to know who we are as people and what really matters and what doesn’t matter.

“We have kids and we respect each other…

“We’re just operating from a place of love and respect for everyone in our lives and that is very important to us. We know what the truth is [and] we hold it sacred.”