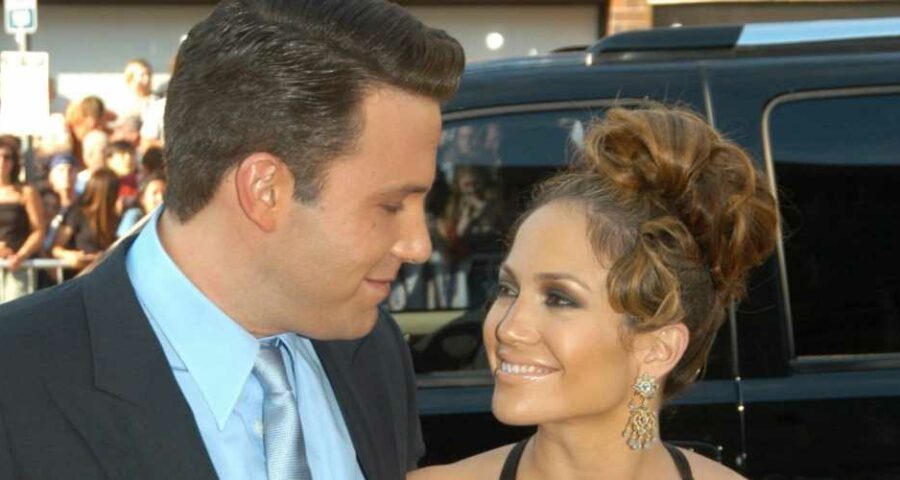 Somebody call HGTV, because I have a new idea for a reality house-hunting show that I would binge all day, every day. Jennifer Lopez and Ben Affleck were spotted touring houses together in Los Angeles.

On Thursday, the internet-beloved couple was photographed at one mansion on their house tour — a sprawling $65 million mansion in the notoriously rich neighborhood of Holmby Hills, home to the Playboy Mansion.

Before entering embarking on their tour of the lavish mansion, the two sat and talked in a black BMW. And at one point, the Oscar-winning actor leaned over to give J.Lo a smooch. The multi-hyphenate looked much happier during this outing, than the last time the two were spotted in a car. (In her defense, L.A. traffic is the worst.)

According to TMZ, a source revealed that Affleck was only accompanying Lopez on her own mansion tour and that the two aren't quite ready to move in together yet. But the 8 bedroom, 12 bathroom seems a bit excessive for one, so perhaps they're hoping to combine households down the line. But whatever the case is, the 31,000 square-foot home is quite beautiful and spacious and includes some fun amenities, like a bowling alley and, of course, a large swimming pool. Although, this expansive house seems like a winner, the couple also toured two other contenders in the same day.

A source told Us Weekly that the two are in it for the long haul and counting their lucky stars that they found their way back to each other again.

'They're fully committed to taking the next steps and spending the rest of their lives together," the source said. "As far as they're both concerned, they're just blessed to have found each other and discovered true love, which most people can only ever dream about."