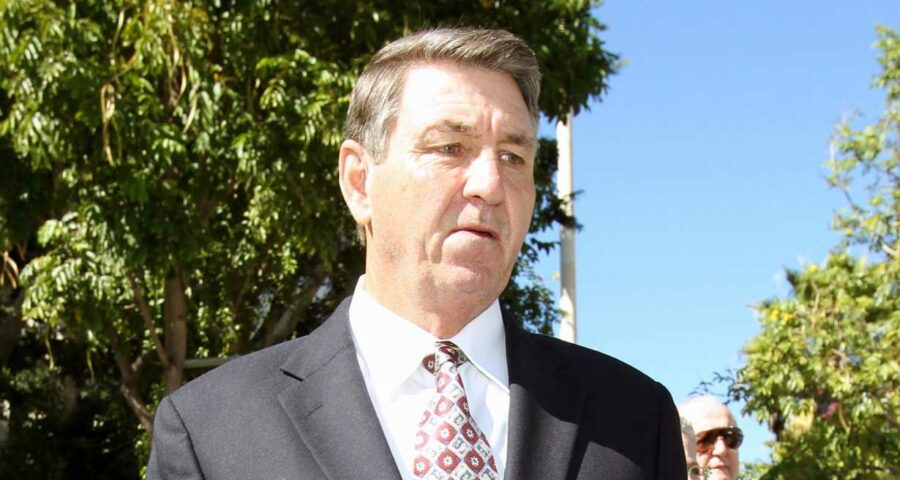 Britney Spears’s father Jamie has agreed to step down as her conservator, following months of battling her in court. Here’s everything you need to know about him.

Britney Spears, 39, just scored a major win in her ongoing court battle to end her 13-year conservatorship, as her dad Jamie, 68, has agreed to step down as the conservator of her estate, according to court documents obtained by Variety on Thursday, Aug. 12. Judge Brenda J. Penny previously denied Britney’s request to remove Jamie from the role, but her dad said he no longer wants to have a “public battle” with the singer — so he’s doing what she wants, and he’s stepping down. Want to know more about Jamie? Check out the facts we discovered below.

1. Jamie raised his famous daughter in the small town of Kentwood, Louisiana.

He married Britney’s mom, Lynne Spears in 1975. They later divorced in 2002, but then reconciled in 2010. In addition to Brit, they share children Bryan James and Jamie Lynn Spears.

2. Britney Spears’ dad Jamie Spears is worth a lot of money.

While Britney Spears is — obviously — the big moneymaker of the family, Forbes estimated that Jamie’s net worth in 2021 is approximately $5 million. However, his money exclusively came from his role as conservator over Britney Spears. And now that he’s no longer holding that position, his net worth may be greatly affected.

3. Jamie Spears was accused of spending a lot of Britney’s money.

In documents filed in a Los Angeles court on July 9 by Jodi Montgomery‘s lawyer, Lauriann Wright, Montgomery, who currently serves as Britney’s personal conservator, claimed that Britney “has wished her father out of her life for years” and that he had spent “more than $2 million of his daughter’s money” to remain conservator of her estate, according to PEOPLE.

4. He was at the helm of Brit’s court-ordered conservatorship when it started in 2008. He remained there until he stepped down in 2021 — at Britney’s request.

The Grammy winner has been under the guidance of the conservatorship since 2008. But in June 2021, Britney Spears begged a judge to end her conservatorship during a heartbreaking testimony. She also accused her dad of “abuse“.

5. Jamie Spears was hospitalized and almost died in 2019.

“A couple of months ago, my father was hospitalized and almost died. We’re all so grateful that he came out of it alive, but he still has a long road ahead of him. I had to make the difficult decision to put my full focus and energy on my family at this time,” Britney Spears said in a statement at the time, after canceling her second Vegas residency.