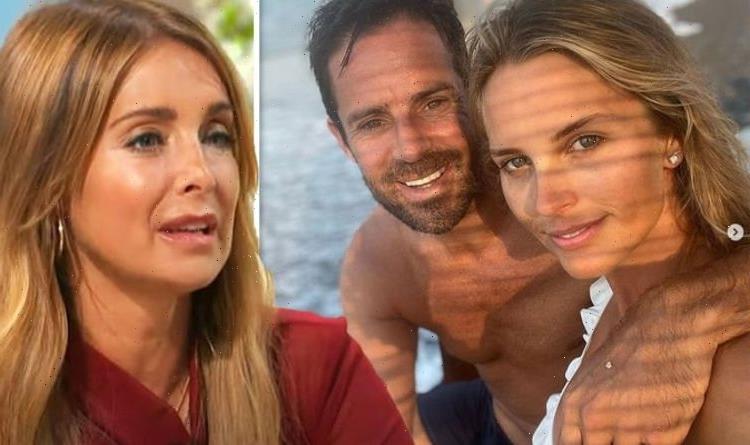 West End star Louise Redknapp has told how she’s “taking each day as it comes” a month after her ex-husband Jamie Redknapp remarried Swedish model Frida Andersson. The singer, 47 who shares two sons with the former footballer, said that she is “not loving herself” in a new interview, following her ex-husband’s surprise nuptials to pregnant Frida.

Louise candidly revealed that she’s taking “each day as it comes” following Jamie’s recent wedding to his new wife Frida.

But the mother of sons Charley, 16 and Beau, 13 revealed that they’re constantly asking her about her dating life.

However, Louise brushed aside any suggestion that she’d be getting back in the dating game soon, saying that she’s got a hectic schedule.

The star is currently starring as Violet Newstead in West End musical 9 to 5, which sees her perform eight shows in five days.

The former Eternal star added that when she’s not singing on stage she wants to spend as much time as possible with her children.

Louise said: “It sounds basic, but I’ve got two things that are really important to me right now: my kids, because I want to be a solid part of their life, and my work.”

The star said that right now her focus was on her sons and “loving herself” again.

She added that her sons and family were “enough” for her right now.

The singer went on to say that she hasn’t been “loving herself” but is slowly “getting there”.

“I’m learning to just be OK with myself,” Louise said.

“I’m not loving myself, but I’ve been OK. I’m getting there.”

“I take each day as it comes,” she said before telling The Sun’s Fabulous magazine that she has “no expectations”.

Jamie and Louise split after 19 years of marriage following the latter’s stint on Strictly Come Dancing.

The former couple officially divorced in 2018, with Jamie moving on with his new wife Frida.

Louise’s candid chat comes a month after she was said to be “shocked” at Jamie’s decision to marry Frida.

“Louise was quite shocked, she only found out very recently. They kept it very under wraps, nobody even knew they were engaged,” a source told OK! Magazine.

“It’s very mixed emotions for her, it’s difficult because she’s spoken quite openly about her regret.”

They continued to the publication: “He wanted his sons to walk in with him but it was a very small affair.

“She only knew because the boys were there.”