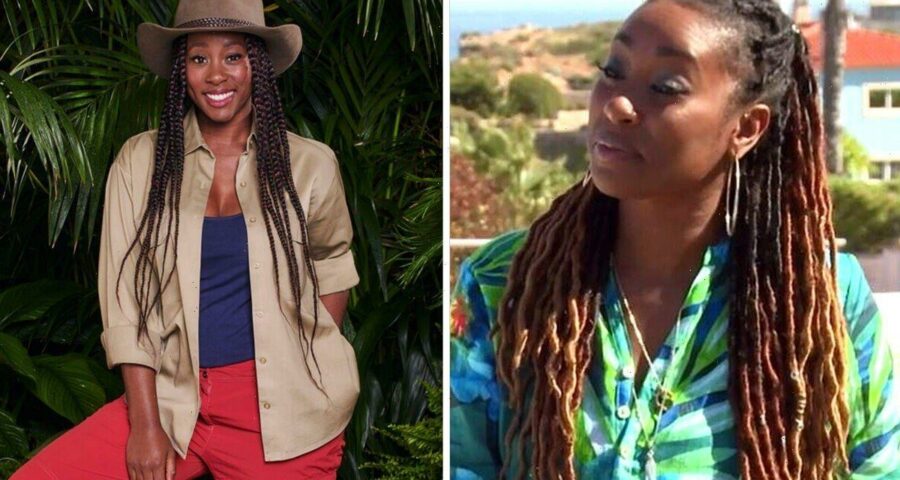 I’m A Celebrity… Get Me Out Of Here! contestant Scarlette Douglas has opened up about the medical emergency in her family that unexpectedly led to a breakthrough TV gig in an exclusive interview with Express.co.uk. The former A Place in the Sun star revealed it wasn’t until her brother Andrew needed blood that she made a discovery that earned her a presenting spot on The One Show.

Scarlette, who is best known for presenting on Channel 4 show A Place in the Sun, is heading into the jungle tonight on ITV.

The star recently left A Place in the Sun as she embarked on an exciting new TV journey with her brother Stuart, which sees them co-hosting a brand new Channel 4 show entitled Worst House on the Street.

Prior to this, however, Scarlette has also appeared as a reporter on BBC One for a segment of popular programme, The One Show.

Scarlette spoke about how her “reporting style role” on The One Show, which she appeared on regularly between 2017 and 2020, felt “completely different” to her job on A Place in the Sun.

Remembering her first gig on the BBC staple, the presenter admitted that a family medical emergency had been her inspiration.

“The first time I ever went on [The One Show] is because I found and brought a story to them about the importance of black people giving blood, because not enough of us do,” she revealed.

“And it’s imperative because the closer your blood match is, then obviously the better your chance of being able to receive it,” she continued.

“So I took this story to them, because of a situation that happened with my other brother Andrew, who needed blood at one point.”

“It was great,” Scarlette recalled in reference to her debut gig on The One Show. “It really got me started on that show and…

“To be doing it and being a part of The One Show – which again, is such a prestigious programme – was amazing.

“But when you’re dealing with certain topics on The One Show, some of it’s quite important and can be really sad and really hard-hitting.

“So it’s kind of a different type of presenting that you’ve got to do with that, but it’s great because it just means I get to work on my whole range of skills as a presenter.”

Asked if she’d like to do more serious presenting in the future, Scarlette replied: “Absolutely! Yeah, I’d love to do some hard-hitting documentaries about things that are really important to me and close to my heart.

“To be fair, I love getting involved and finding out what makes people tick and and just getting to know people as well.

“That’s pretty much what you do as a presenter – you’re a bigger personality of yourself. And you just get to experience the life of somebody else for that brief moment, whether it’s an hour-long show, or just three minutes for The One Show.”

Tonight, Scarlette will settle down in the famous campsite alongside other famous faces, as I’m A Celeb makes its triumphant return to Australia after two years of filming in Gwrych Castle, Wales.

I’m A Celebrity… Get Me Out Of Here! airs on Sunday night at 9pm on ITV and ITV Hub.