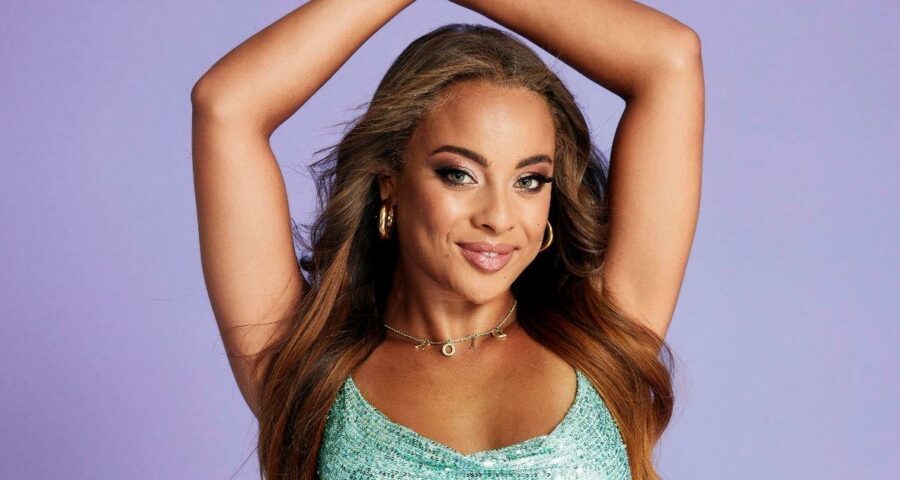 Former Love Island contestant Danica Taylor would have liked the show’s new host, Maya Jama, to have presented her season in 2022.

Danica, who featured in last year’s show with Gemma Owen and Luca Bish, took part in the show when its former host Laura Whitmore was still at the helm.

Since Laura left last year, with numerous front runners initially slated to be in the running, Maya Jama took over for the first winter series since the pandemic.

On Thursday, the Leicester-born dancer, who coupled up with Josh Le Grove, Jacques O'Neill and Billy Brown during her stint, joined an Instagram live with OK! to discuss the current season while reflecting on her time on the show. Danica, who was given just a few hours notice before entering the villa, was asked by a fan in the comments: “What do you think of the new host, Maya Jama?”

She responded: “I’ve met Maya so many times now. I was with her on New Year’s Eve.”

She continued to explain that as the nation speculated about who would replace Laura, Danica “said from the beginning” that it was going to be Maya, 28.

“She is absolutely sensational, she just has it. When you think of Love Island, you stereotypically think of the beautiful looking people.

“She, for me, fits that better than anyone could fit it, and I’m actually very much gutted that she wasn’t the host of my series.”

“No disrespect,” she added before saying "but it’s bloody Maya Jama.”

Ultimately, Danica says she is a little thankful that Maya wasn’t the host during her season because the lads would’ve had their “tongues out” at her.

Maya, who recently hosted a Love Island viewing party, has also gone down a treat with fans of the show, many of which flocked to social media to gush about the new host.

One person wrote: “Just caught up with #LoveIsland and #MayaJama is a natural and perfect match for the show.”

“Don’t mind me i’m just waiting for Maya Jama to walk in,” another said, to which a third added, “okay im over these dead conversations when the f*k is maya jama coming back?”

On Maya’s appointment as the new host, Director of ITV Reality Programming and Acquisitions and Controller Paul Mortimer said: “Finding a new host to follow the wonderful Laura Whitmore was never going to be easy. In Maya Jama though, we have another high profile fan of the show who’ll be a great addition to the Love Island family. “Cool, charming and charismatic, I speak for us all when I say Maya will also bring a unique presenting style to the show, as did Laura and, of course, the very much missed Caroline Flack. We’re very pleased to have her on board.”

Even before the series aired, her inclusion in the show was applauded by the likes of Loose Women’sJudi Love and former contestants Tasha Ghouri and Andrew Le Page.