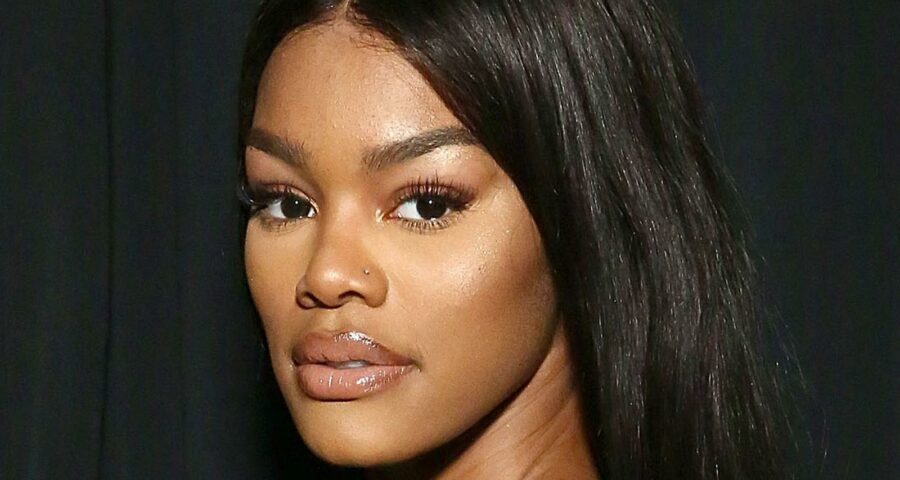 Teyana Taylor has a lot to celebrate these days. Despite announcing her retirement from music, Taylor has been busy with other projects such as directing, modeling, and acting (who can forget her stunning role in the 2021 “Coming to America” reboot?). And now, Maxim has named the former singer the Sexiest Woman Alive for 2021.

On June 7, Maxim unveiled its latest cover featuring Taylor, who topped the magazine’s Hot 100 “Women of Influence” list, surpassing Irina Shayk, Jennifer Lopez, and Megan Thee Stallion. Not long after the publication’s announcement, the cover star took a moment to celebrate the accomplishment on Instagram. “Somebody pinch me!!!!” Taylor wrote in her lengthy caption. “Maxim Hot 100 to be named the ‘Sexiest Woman alive’ by literally living in the skin I’m in.”

She also revealed that she had to work on her self-confidence after recently giving birth to her and husband Iman Shumpert’s second child, Rue Rose. “Stepping back in front of the lens has been a journey of self-reflection and self-confidence,” she admitted. “Living up to name and title of this shoot wholeheartedly made me nervous.”

Although being named the Sexiest Woman Alive is worth celebrating alone, Taylor’s Maxim cover has also made history in another big way.

“I’ve followed Maxim for a long time and I’ve always felt like I should be on the cover,” she told the magazine. “So to actually get the call saying they want me on the cover really meant a lot. I was like, what? They want me on the cover? Okay!” In the same interview, she also discussed starring in “Coming 2 America,” as well as working with Eddie Murphy. “It was like a dream come true, especially to be a part of something so iconic and so legendary, everything’s so surreal,” she admitted. “He’s from New York, so it was a lot of New York energy. So we could talk our s**t, and I love that.”

Shortly after Maxim announced Taylor as its latest Sexiest Woman Alive, fans flocked to social media to congratulate her, with some calling out the publication for taking so long to crown a Black woman. “Teyana Taylor definitely deserves sexiest woman alive BUT for her to be the first black woman EVER is disturbing,” one fan tweeted.