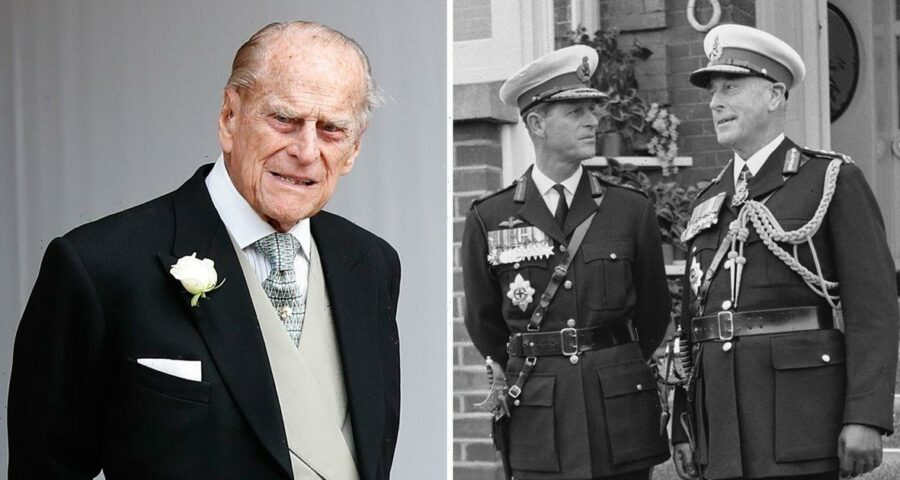 The Duke of Edinburgh painstakingly organised his funeral in the years before his death last week aged 99.

That included everything from selecting the vehicle taking his coffin to the service – a custom Land Rover he helped design – to choosing the music during the ceremony.

Amongst that music is a nod to the Duke's beloved uncle Lord Louis Mountbatten of Burma, killed by an IRA bomb in 1979.

The hymn Eternal Father, Strong to Save will be played, just as it was at his uncle's funeral.

In another nod to his uncle's family the 30 mourners will include Penelope Knatchbul, the wife of Mountbatten's grandson, and a great friend of Philip's.

The significance of the hymn goes even further, with the music inspired by the dangers of the sea as described in Psalm 107.

Written in 1860 by William Whiting, it has traditionally associated with seafarers and the maritime armed services.

This would have had special meaning for Prince Philip, who a Naval officer saw action in the Second World War.

Mourners will also listen to a psalm song to music at Philip's request in honour of his 75th birthday.

No members of the Royal family will speak at the funeral or give a eulogy.

This is normal practise for the royals, and was also the case at the Queen Mother’s funeral in 2002.