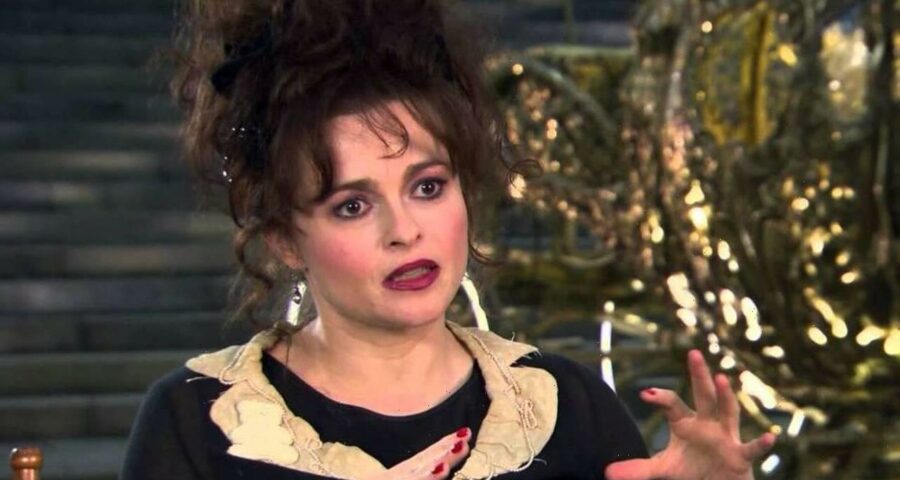 The ‘Alice in Wonderland’ actress is amused, rather than frustrated, by the constant attention she and beau Rye Dag Holmboe receive because of their age gap.

AceShowbiz –Helena Bonham Carter compares her “ageless” partner to Benjamin Button. The 56-year-old actress is dating Rye Dag Holmboe, who is 21 years her junior, and she finds the constant attention of their age difference “hilarious,” particularly because the art historian is an “old soul in a young body.”

“I like that it’s constantly news that he’s younger than me. And what’s hilarious is that I keep getting older, but to the tabloids he remains 33. He’s almost like Benjamin Button…,” she said.

The “Harry Potter” star – who has children Billy, 18, and Nell, 14, with former partner Tim Burton – thinks it is great that men are attracted to older woman because she insists “sexiness” is about much more than looking youthful.

She told the Sunday Times magazine, “Good on the men for appreciating different kinds of beauty and finding other things sexy. Collagen is not the only form of sexiness; there’s character, fun, mischief and humour. As long as you’ve got the laughter, the intimacy will be there.”

Helena isn’t bothered about getting wrinkles as she gets older but admitted she isn’t a fan of “the droop.” She said, “I think the French have it right, you’re allowed to be sexy and old [there]. Change isn’t necessarily bad. There are some things about ageing I don’t really care about, like wrinkles. The droop isn’t great, though. But then you think, ‘Am I betraying feminism by thinking that?’ “

The “Enola Holmes 2” actress believes women improve with age and hopes society is slowly beginning to see that too. She said, “We’re more interesting, wiser, more powerful, more ourselves. We’re richer in character and we have more to give.”

“Why should we be diminished just when we’re getting going? And it’s not just the acting profession – everywhere the attitude towards ageing is pathological. The messaging is we must avoid ageing at all costs.”

“There is a sense of indoctrination, thou shall not age, thou shall be valued only for what you look like; women are only worthy as long as they’ve got eggs. It’s thousands of years of thought that we’re undoing, but slowly.”