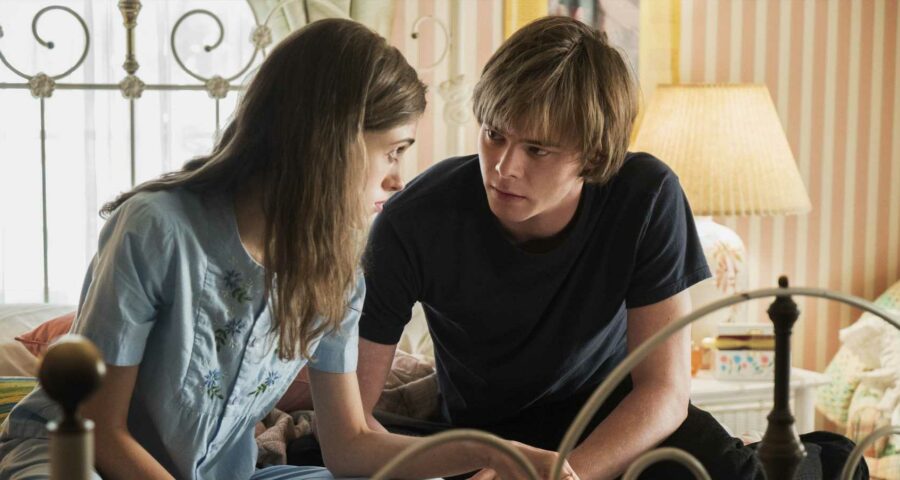 It’s been a million years since Stranger Things dropped its first season, and a lot has changed. Mostly because the Duffer Brothers have apparently been low-key re-editing the show (!!!!) without anyone noticing. Before you spiral, we’re talking super minor changes. But fans, including TikTok user @joshy.bassetts, noticed one alleged change to Jonathan and Nancy’s origin story that definitely stands out.

According to TV Line and Insider, Stranger Things fans think the edit in question takes place in Season 1, Episode 2’s “The Weirdo on Maple Street,” where Jonathan takes pictures of Nancy and her friends without them realizing. Apparently, the original episode included Jonathan taking an especially creepy photo of Nancy while she was getting undressed—which is not really in line with his good-guy vibe throughout the rest of the show, where he is shown to have a pretty unimpeachable moral code.

But the episode allegedly no longer features Jonathan snapping a creepy pic of Nancy in her bra. Instead, we just see the photo in a later scene—when Steve and his cool kid friends are confronting him in the school’s parking lot.

TV Line also notes that the Duffers previously told Variety they’d been secretly editing the show, saying “We have George Lucas’d things also that people don’t know about. You do have the physical copies though, the Blu-rays and stuff — you’d have to compare.”

At this point, there’s no hard proof that the Duffers edited that Jonathan scene since none of us have those aforementioned physical copies, and thus far they haven’t commented on the claims.