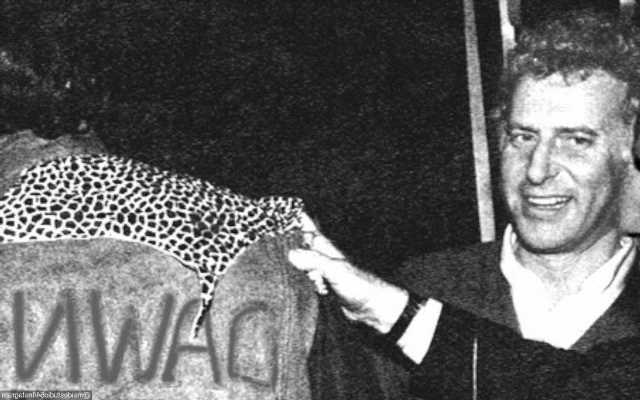 When speaking of the late 82-year-old whose ability to walk was robbed by unidentified illness, Daniel Fitzgerald reveals that he tried to convince the nightclub legend not to end his life on his own terms.

AceShowbiz -Ex Studio 54 owner Mark Fleischman was unraveled by his former business partner to have died by assisted suicide at Dignitas. The 82-year-old nightclub legend, who ran the Manhattan hotspot frequented by names such as Truman Capote, Liza Minnelli, Andy Warhol, Jerry Hall and Mick Jagger between 1980 and 1986, passed away in the Swiss city of Zurich after unidentified illness robbed his ability to walk or do other independent tasks.

Daniel Fitzgerald told BBC News, “I guess he was in more pain than we knew.” He additionally revealed he has arranged for a “living wake” for Mark and wanted the latter to delay his trip to Switzerland, where assisted dying is permitted by law and the charity, which aids terminally ill people to end their life on their own terms, has been operating since 2002.

The co-owner of Los Angeles’ Century Club with Mark in the ’90s and ’00s continued, “I thought maybe we could convince him not to [go]. We had a really nice party for him and a lot of his friends came, and everyone thought, ‘he’s going to postpone it a month and we’ll see what we can do.’ But he was set on doing it.”

Daniel said that when they worked together at their California night spot as a pair they “worked really well together for a long time and had a lot of fun together.” He added, “He would be able to have fun but be really smart at the same time, and be really intelligent about figuring things out. He taught me a lot. He was a great mentor for me.”

In June, Mark explained that his illness, which first manifested in 2016, took away his ability to dress himself and how he needed to rely on his wife, Mimi, for everything. He said, at the time, “I’m taking the gentle way out. It is the easiest way out for me.”

The “Inside Studio 54” author penned in his memoir about how he took over the club in the ’80s after the original owners of the club, which first opened in 1977, were imprisoned for tax evasion. He wrote in the 2017 tome, “From the very first night we opened, in 1981, I was swept up in a world of celebrities, drugs, power and sex.”

“Every night, celebrities and stunning women made their way through the crowd, up the stairs to my office to sip champagne and share lines of cocaine using my golden straw or rolled-up $100 bills,” he spilled. “I was the guy in control, the owner – the host of the party. It was my duty, my job, to make sure everyone had a good time. It was a responsibility, a heady feeling, one that I gave myself over to wholeheartedly. It was an exclusive world where anything could happen.”