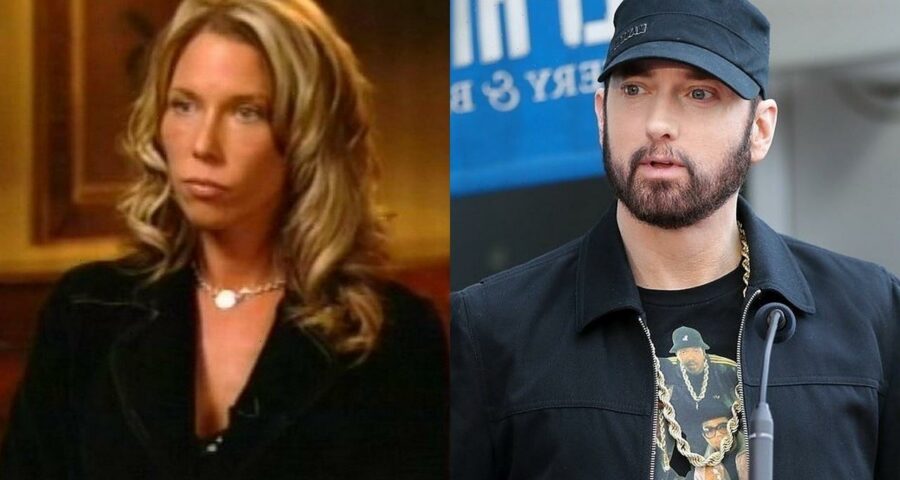 Kim Scott has reportedly been rushed to a hospital for a medical and psychological evaluation after trying to kill herself, only several days after her mother passed away.

AceShowbiz –Eminem‘s ex-wife Kim Scott has reportedly been hospitalised after attempting to take her own life.

According to TMZ, police and emergency workers responded to a call of a suicidal person at Kim’s Michigan home on 30 July (21), where she was restrained by deputies due to “combative and violent” behaviour.

Medics were reportedly unable to assess her on the scene, where she was found to have “several small lacerations on the back of her leg,” according to editors.

Kim is believed to have been taken to the hospital to undergo a medical and psychological evaluation but is now at home recovering.

She and Eminem married in 1999 but divorced two years later. They reconciled and wed in January 2006, but had broken up again by April of that year.

Kim’s suicide attempt came only a days after her mother Kathleen Sluck’s funeral. The matriarch passed away on July 23.

“Kathleen was an exceptional mom to her two daughters; Kim and Dawn; and was overjoyed to become a grandmother to her grandchildren; Alaina, Adam, Hailie, Stevie, P.J., and Parker,” stated a statement from the family.

“Kathleen adored the holidays with her family, where she would make one of her many fantastic homemade meals. Kathleen will be forever remembered for being a loving wife, mother, grandmother, and friend to all who loved her.”

The family hasn’t commented on Kim’s suicide attempt, but her niece Alaina said on Instagram she just had “a long stressful week.”

Kim, who’s battling alcohol and substance abuse, also tried to take her own life several times in the past.