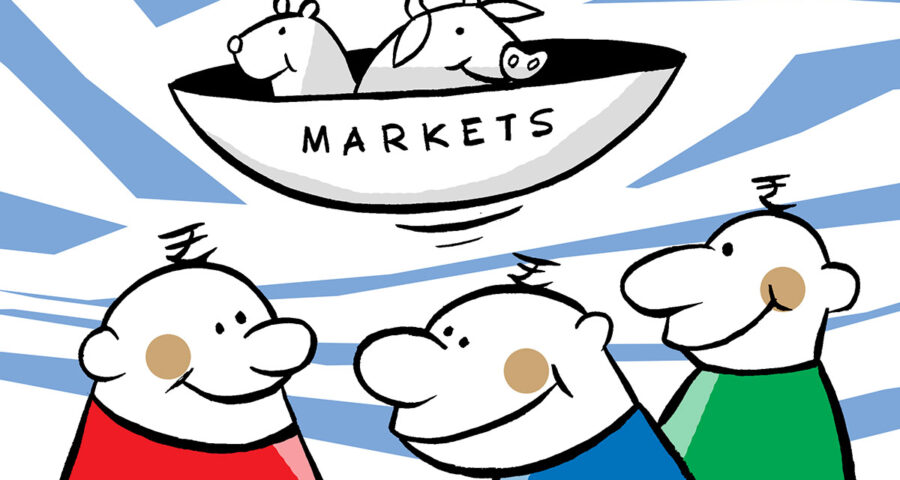 While mid-cap and small-cap funds have given category average returns of 73.3 per cent and 89.8 per cent respectively over the past year, large-cap funds’ returns have been lower at 53.9 per cent, points out Sarbajeet K Sen.

Mid-cap and small-cap funds have outperformed large-cap funds during the current bull run.

While mid-cap and small-cap funds have given category average returns of 73.3 per cent and 89.8 per cent respectively over the past year, large-cap funds’ returns have been lower at 53.9 per cent.

Experts say instead of being guided by past returns, investors should go by their asset allocation when deciding whether to tilt their portfolios towards large-cap funds, or towards mid- and small-cap funds for the future.

Be prepared for turbulence

The macro-economic environment could witness a sea change.

Last year’s low base effect will not be available next year.

Sticky inflation could force central banks across the globe, including the Reserve Bank of India, to curtail liquidity and raise interest rates.

Rich valuations of stocks have increased the probability of underperformance in the near future.

According to Sailesh Raj Bhan, deputy chief investment officer, equity investments, Nippon India Mutual Fund, “Equity markets worldwide have rallied significantly over the past year and half on expectations of a strong economic rebound.

They have also been supported by policy measures, lower interest rates and liquidity.

But economic revival is being accompanied by rising inflation, posing a challenge to the prevailing environment of easy liquidity and lower rates.

Any faster-than-expected normalisation could impact sentiment.”

Fund managers feel investors should be particularly cautious about the small-cap space.

While the past returns of these funds are looking very attractive, they carry huge risks.

“Small caps are generally illiquid. Even small inflows or outflows can result in sharp movements in the prices of these stocks. The strong rally of the past 18 months indicates some froth in small-cap valuations, hence investor should tread cautiously,” says Sorbh Gupta, fund manager, equity, Quantum Asset Management Company.

Bhan agrees. “After the recent rally, any negative news flow could impact the small-cap universe quite sharply,” he says.

Historically, according to him, cycles in the small-cap space tend to be sharp and investors need to follow a prudent asset allocation strategy to deal with large swings.

When the stock market turns volatile, or in a rising interest rate environment, mid- and small-cap stocks tend to be affected more than large-caps.

The worst performing midcap and small-cap fund had declined 17 per cent and 28.5 per cent respectively.

Most investors would have difficulty stomaching such volatility.

“The risk-reward favours large-cap funds more currently. The next leg of recovery and growth can be played through the sector leaders now. Even on valuation basis, some of them are at a much lower premium than their smaller peers,” says Sumit Agrawal, senior vice president, equity, IDFC AMC.

Investors with low risk appetite should stick to large-cap funds alone and avoid the mid- and small-cap space.

If you hold mid- and small-cap funds in your portfolio, you may have become overweight on this space due to the rally.

It is time to book profits and get your asset allocation back on track.

“Long-term investors may have a 70:30 mix between large-cap funds and mid/small cap funds,” says Agrawal.

The exact mix, he adds, should vary depending on the investor’s risk appetite.

Rebalancing and maintaining a long investment horizon can help you navigate any possible volatility in the markets.

“Review and rebalance your portfolio every six months and have a time horizon of at least five years for your equity investments,” says Gupta. 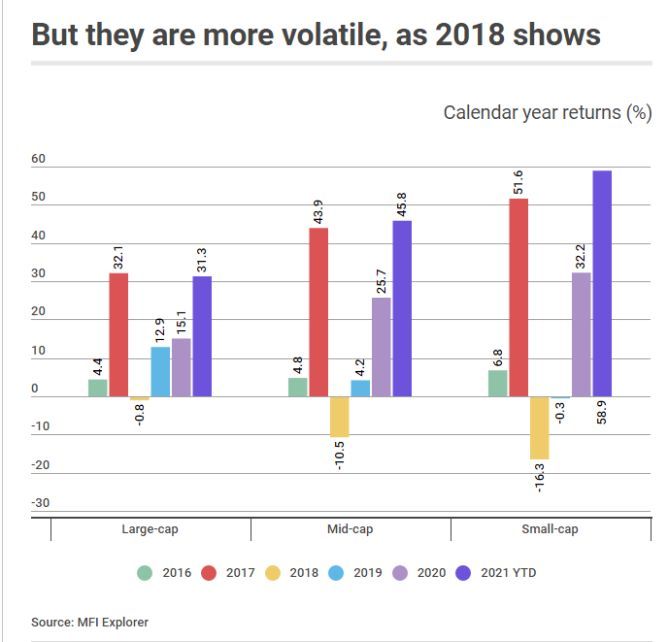