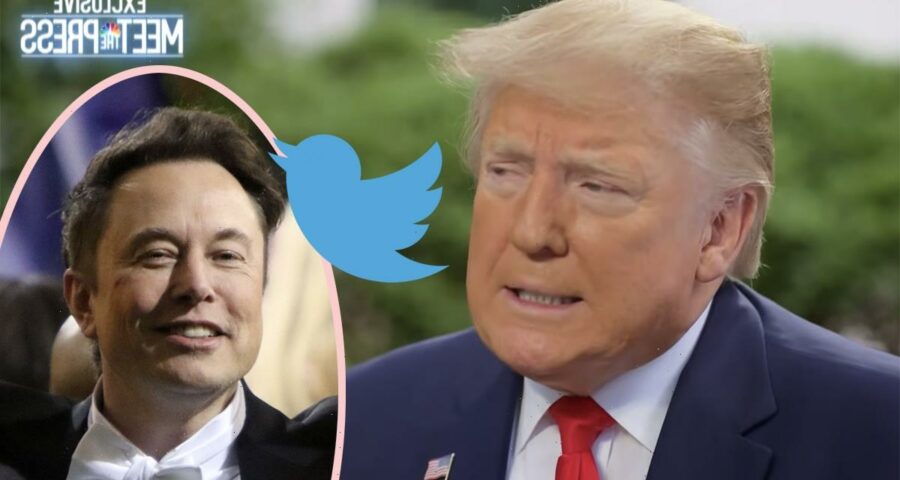 Well, he’s back. Kind of. Elon Musk did exactly what we all assumed he would do when he took over Twitter and fired all the people in charge of ethics and safety and whatnot. He reinstated the account of Donald Trump.

For those who don’t know, the former POTUS’ account was permanently disabled in January 2021. He’d been posting misinformation his entire time in office, of course, but it was the “Big Lie” after the 2020 election that finally crossed the line. He was clearly the source of the fervor which led to the deadly January 6 attack on the Capitol, and yet his rhetoric about the election being stolen only continued.

Twitter’s legal policy team, led by exec Vijaya Gadde (whom Elon fired on his first day) came to the controversial decision that Trump’s account had to go “due to the risk of further incitement of violence.” They wrote in an explanation of the tweets that broke the bird’s back:

“We assessed the two Tweets referenced above under our Glorification of Violence policy, which aims to prevent the glorification of violence that could inspire others to replicate violent acts and determined that they were highly likely to encourage and inspire people to replicate the criminal acts that took place at the U.S. Capitol on January 6, 2021.”

In the end, the President of the United States may have been above the law for some reason, but he wasn’t above Twitter’s terms of service.

Elon’s ruling? Inciting violence is OK, just so long as you don’t make fun of him personally. He posted a poll as a show of good faith that he still believed in democracy…

But let’s be real. He was always going to reinstate Trump. It was like the centerpiece of everything he’s doing on Twitter — throwing away all the careful consideration about safety, yelling about FREE SPEECH, pushing right wing conspiracy theories. Trump’s account just tied the whole room together. It was starting to feel like the only reason he spent $44 billion on an $8 billion company!

The unexpected thing? Trump doesn’t seem to want to return!

When the 76-year-old was asked about returning to Twitter on Saturday during a speaking engagement at the Republican Jewish Coalition‘s annual leadership meeting and said:

“I don’t see any reason for it. There are a lot of problems in Twitter, you see what’s going on.”

There’s one of two explanations for this, near as we can tell. One is that Elon actually ran Twitter so far into the ground, Trump is looking over and thinking his little right wing social media kingdom at Truth Social is actually looking fine by comparison at this point. That’s what he says anyway, as he boasted that his own social media app “is through the roof, it’s doing phenomenally well.” It also has been on the verge of collapse for weeks from what we’ve heard, but at this point it may actually last longer than Twitter.

The other explanation is that Trump is saving face. After all, if he comes back to Twitter, it’ll be like admitting he wanted to be there all along and was kept off. If he stays off, it shows he’s happier where he’s at. And he never needed Twitter that whole time.

He added that Truth Social is “taking care of voices that really want to be taken care of” and that those folks won’t want to go back:

“Truth Social has taken its place for a lot of people and I don’t see them going back onto Twitter.”

We honestly have no idea which is the actual answer right now. But true to his word, as of this writing, Trump has not set foot back on Twitter since his reinstatement.

And clearly the fact he hasn’t come back has gotten under Elon’s skin! He even made a meme about it!

Dude. Don’t you have a company to un-ruin? Get Vine back online!