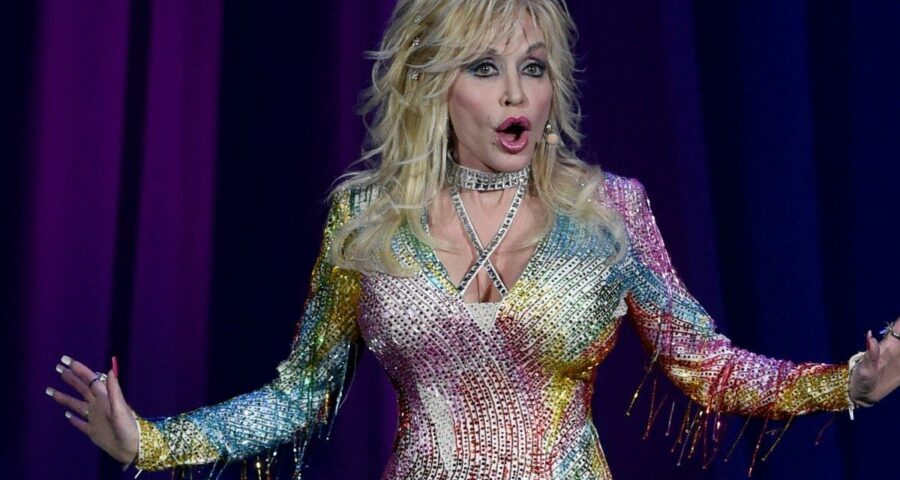 Don’t tell Dolly Parton how she should look. Typically a savvy interviewer, the “Jolene” singer was particularly—almost uncharacteristically—candid in an interview she did with The Tennessean back in 1974. She told a story about how someone with the Country Music Association once suggested she “should wear less hair.” The Queen of Country felt strongly about the incident.

When the CMAs told Dolly Parton to ‘wear less hair’

Parton and her interviewer got on the topic of the Queen of Country’s signature look and if she’d ever change things up. The question prompted the “9 to 5” singer to share this anecdote:

“A while ago, I was talking to some people with the CMA (Country Music Association),” she told The Tennessean, as recorded in the book Dolly on Dolly. “I won’t mention who, but on the show—I’m going to be on the awards show—they mentioned that I should wear less hair. They said, ‘Has anybody approached you with the fact that you should wear less hair?’ I said, ‘No, and if they do, I’ll say I’ll not wear less hair because if I can’t be comfortable, I’m not going to be on the show. I’m not selling nothing but my talent, and I’m wearing what I please.’ That’s the way I feel.”

“I mean it,” she continued defiantly, per writer Jerry Bailer. “I thought, ‘What do they want me there for. Are they trying to make me into something differnet than what the CMA stands for?”

From the beginning of Parton’s career, it was important to her to not let the industry change her. That includes her look.

“People know that I wear a lot of hair,” she said. “They already know I wear make-up. My country music fans have already accepted that fact. It’s the people who don’t know no different that are trying to change me all the time. But they aren’t gonna change me.”

Parton felt that if the focus was truly on her music, it shouldn’t matter how she wears her hair.

“All I am saying is every year I’ve been on the CMA awards show, even when I was just presenting, they have always asked me to wear less hair and make-up,” she said. “Then I would be like everybody else and I don’t want to be like everybody else. I’m not doing anything to be different. I just don’t follow people’s trends. I’ve got to do what I want to do and wear my make-up and hair like I want to.”

‘I wear wigs for the convenience of it’

Wigs do a couple of things for the Queen of Country. They give her a few extra inches and they shorten the time it takes for her to get ready.

“I’m little,” she said. “I’m only five feet tall. I’ve always had a complex about being short, so I like my hair high. I wear wigs for the convenience of it, but my own hair is blonde and long, and when I fix my own hair, I fix it the same way. I wear wigs just because I don’t like to sit for long under a hairdrier and I don’t like to spend all day primping. A lot of people think, from the way I look, I spend hours and hours getting ready, but I can completely be dressed in 30 minutes.”

Let the record show, Dolly Parton has never subscribed to any trend. She makes her own. And she has her reasons why.

“I ain’t gonna never change unless I want to,” she said. “I don’t try to follow no styles. I told you this before and I’ll tell anybody else. I ain’t in style, but I like to think I’ve got my own style.”