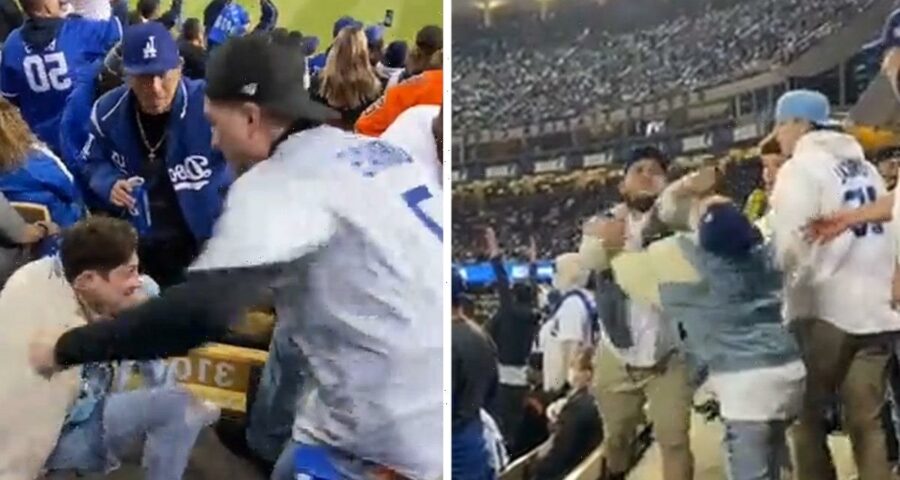 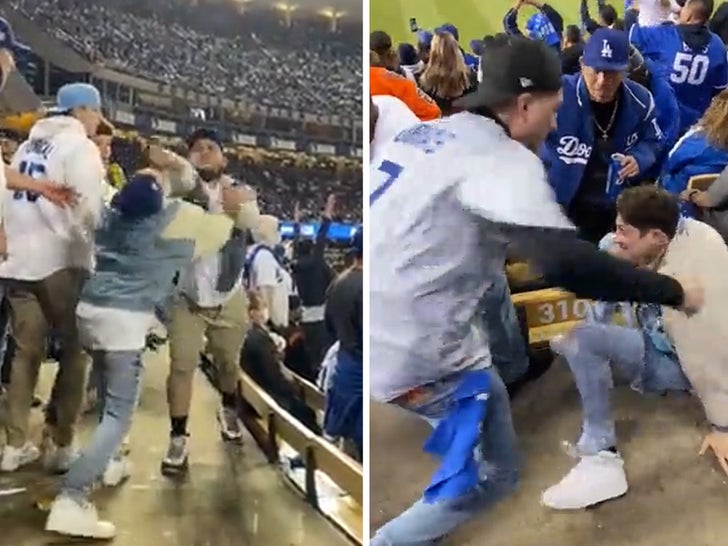 While the Dodgers were fighting for their playoff lives against the Giants Tuesday — their fans in the stands were fighting each other, landing punches in a wild skirmish that was all caught on video.

At some point during L.A.’s playoff game with San Francisco at Dodger Stadium … several fans got into an altercation in a walkway at the venue that turned violent.

In the footage, you can see two men — both dressed in Dodgers gear — argued with each other … before one of the men unloaded a right on the other’s face.

All hell then broke loose, ’cause the two guys began wrestling with each other and throwing more punches.

Eventually, another Dodgers fan came in and threw a huge haymaker that appeared to land flush.

Finally, after several seconds of fighting, security guards raced into the fracas to break it all up.

It’s unclear if anyone was injured … or if any arrests were made.

As for the action on the field — the Dodgers won their fight with the Giants, 7-2, and will now face their rival in a winner-take-all Game 5 on Thursday.

Here’s to hoping fans keep their hands to themselves there.