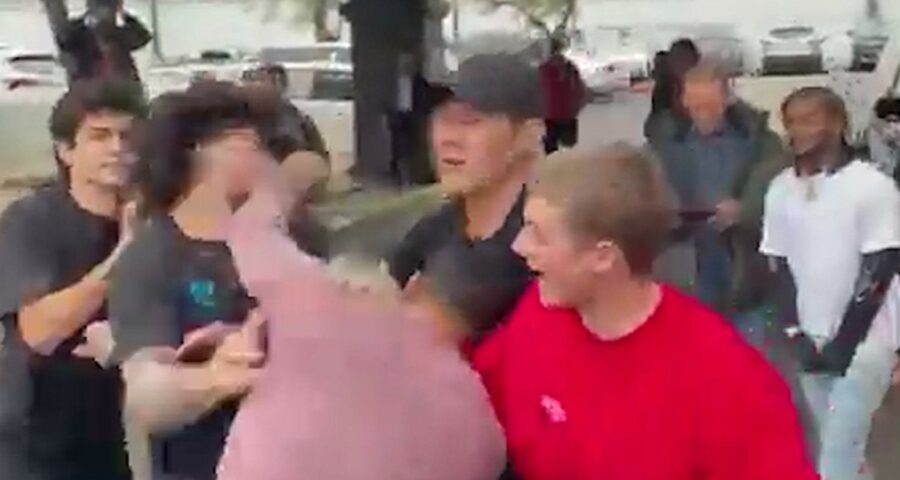 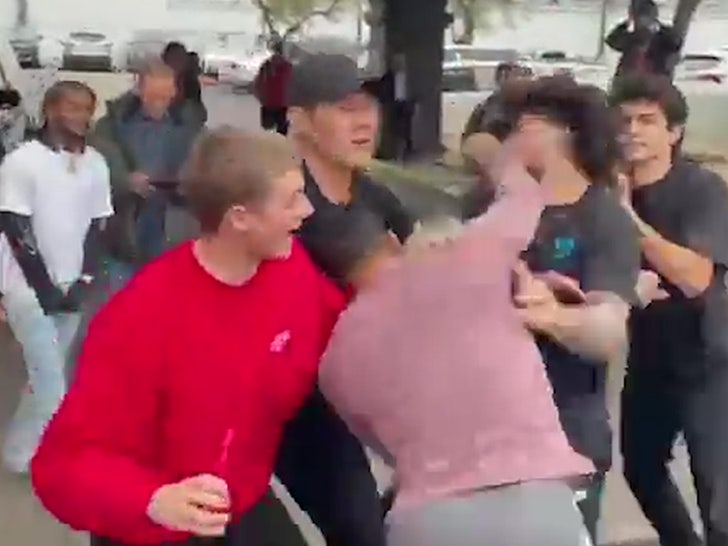 Dillon Danis — a former Bellator fighter and Conor McGregor‘s good pal — was punched in the eye during a wild altercation outside of a boxing event on Friday … just minutes after he had a crazy run-in with KSI.

Here’s the deal … KSI and a bunch of other famed fighters and celeb boxers were at a hotel conference room in Austin, Texas for the weigh-ins for the YouTubers Misfits Series 3 event this weekend — when Danis rolled up from the crowd to confront KSI.

Video shows the two traded verbal barbs — and a flurry of threats — before Danis knocked KSI’s hat off his head and then threw a cup of cold coffee in his face. 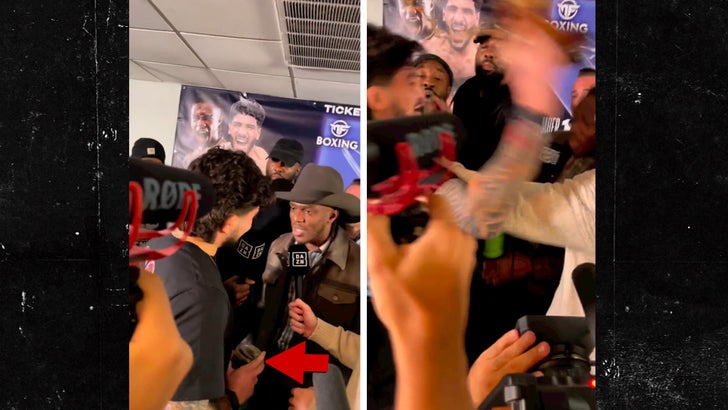 KSI attempted to go after Danis — but was held back. Danis, meanwhile, bolted from the area with his entourage and eventually made his way out of the hotel.

Once outside, though, former Bellator fighter Anthony Taylor yelled at Danis for going after KSI at the event … and then repeatedly attempted to strike him.

Then all hell broke loose — with seemingly everyone outside throwing punches. At one point, it appeared one member of Danis’ entourage suffered a bloody lip from a blow to the mouth.

The fighting died down after several moments — and peace was restored. Danis told a cameraman on the scene he was fine.

Of course, both Danis and Taylor are no strangers to these kinds of antics at fighting events. Danis was just involved in a tiff with Nate Diaz at UFC 281 … while Taylor got into a street fight before a Floyd Mayweather celeb boxing event in Dubai earlier this month.

As for KSI’s event, it’s still going down on Saturday night — with Hasim Rahman Jr. vs. Greg Hardy headlining the card.