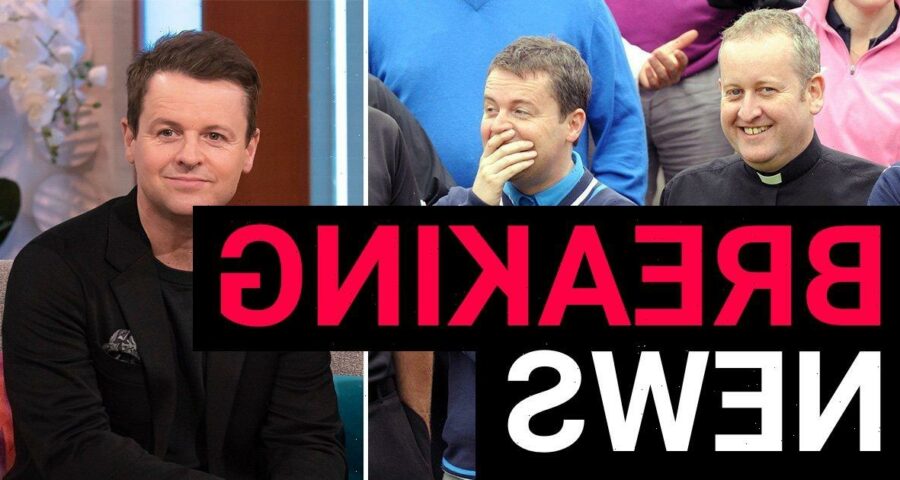 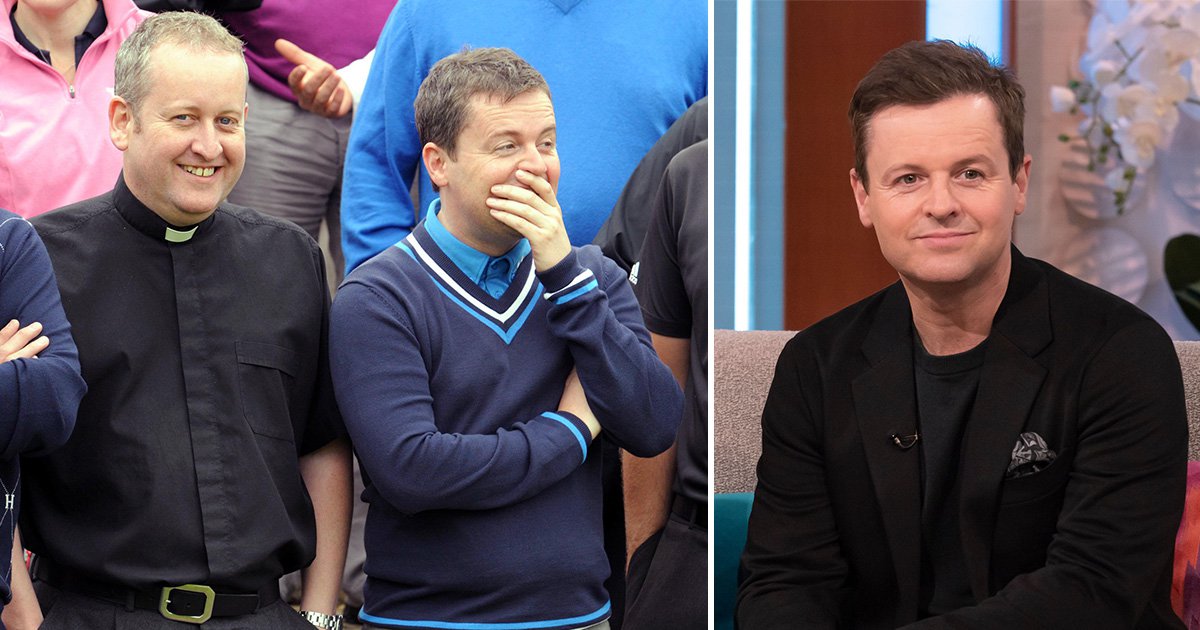 Declan Donnelly’s brother has died at the age of 55 following a serious illness.

Father Dermott was rushed to North Durham Hospital on Thursday after collapsing, before his younger brother joined him along with other family members.

The priest’s death was confirmed by the Bishop of Hexham and Newcastle in a statement reading: ‘It is with great sadness that I inform you of the death of Fr Dermott Donnelly who died peacefully this afternoon in hospital.’

They said the news has ‘come as a great shock to all of us’, adding: ‘Please pray for the repose of his soul and keep his family, especially his mother, in your prayers at this difficult time.’

Funeral arrangements are being finalised and will be revealed in time.

A special mass was set to be held this evening for the 46-year-old Saturday Night Takeaway presenter’s brother, taking place at their local church.

In a statement, the Stanley, Dipton & Byermoor Catholic Parishes asked for prayers for the ‘extremely unwell’ priest.

‘Tomorrow evening between 6pm-7pm there will be a period of time before the Blessed Sacrament so that we can come together as a community in St Joseph’s Church to pray for Father Dermott’s welfare,’ they said.

‘Please be respectful to Father Dermott and his family at this difficult time, we will update you as and when we receive the most up to date information verified by the Diocese.’

Dec is the youngest of seven siblings and his older brother conducted his wedding to wife Ali Astall in 2015, with the couple now sharing a daughter.

An insider told The Sun this week that the Britain’s Got Talent host hurried back to his hometown in the north east to be with his family during the worrying times.

They told the outlet that there were around 12 of them at the hospital with Dermott, saying him being admitted was ‘very sudden’ and they were ‘praying for him to pull through.’

Father Dermott served as the parish priest in Stanley, Count Durnham and was recently seen outside 10 Downing Street after being invited to join other religious leaders in prayer as they called for peace in Ukraine.

Dermott said it was ‘a real privilege to join Christian leaders from across many churches at Downing Street and to stand together in prayer, the silence was so profound.’

‘It was a moment when the power of vulnerability encountered the vulnerability of power. The best weapon we had was prayer,’ he shared.

Dec has spoken about his close bond with his brother on numerous occasions and even considered following in his footsteps when he was a child.

‘Then, one day, I got the bus home from school and it was full of lasses from the local girls’ school, Sacred Heart. I knew right there and then that the priesthood wasn’t for me,’ the Geordie presenter said.