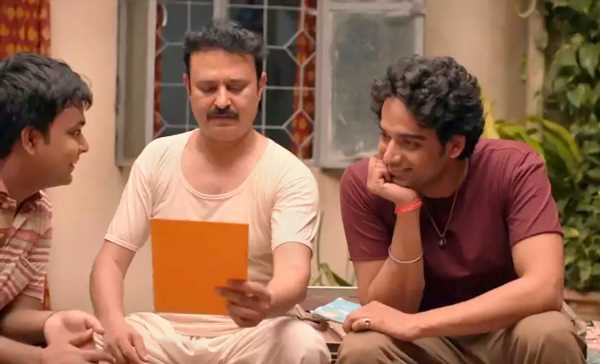 Growing up in an Indian household means you have to live by the rules.

And once in a while when you try to experiment or do something out of the box, you have to deal with the man of the house who comes with oodles of life experience.

Every time your dad goes ‘Hamare zamane mein…‘ or ‘I left home with 5 rupees in my pocket’ you know he’s taking you on a ride down memory lane you didn’t exactly sign up for.

And dare you twitch your nose, turn your face or walk away from the conversation you may have heard like a gazillion times…even K-dramas and Ekta Kapoor may want to take notes about the possibilities of what might happen next.

Unlike moms who bring out your emotional side, Indian dads have unusual ways of reminding you to be responsible, independent and take charge of your future.

Ahead of Father’s Day, let’s celebrate the man who doesn’t need a trophy to tell that he’s the best father in the whole wide world and that no matter what happens, he will always have your back.

Presenting some of the most universal things Indian dads tell us almost every day (and yet some of us don’t pay attention).

Almost every Indian father believes that money should be spent for the right causes.

So naturally if he sees you ordering from Zomato, Amazon…and paying with his hard earned money, at some point he is going to remind you that ‘paise ped pe nahi ugte! (money doesn’t grow on trees!)’

And if you ask him money to go on a road trip to Goa or Ladakh, he’s most definitely going to say: ‘Tumhara baap ATM machine nahi hai! (Your dad is not an ATM!)’

In the 1990s, most Indian dads would dream of their children becoming doctors and engineers. Not much has changed in 20 years.

Most Indian fathers still want their children to study at the IITs and IIMs and draw a six-figure salary.

But when he sees you idling away, playing mindless games like PUBG or Rummy online, he is curious to know from you: ‘Future ka kuch socha hai? (Have you planned your future yet?)’

And if you tell him you want to be an influencer or study animation, he will most certainly ask you: ‘Paisa kitna kamaoge? (How much will you earn?)’

Not just Sharmaji ki beti or Kapoor saab ka beta, thanks to IPL, T20 and now Shark Tank India, every father finds inspiration in a young cricketer or CEO who started from scratch and built something on her/his own.

Just in case you casually mentioned your dislike for tendli or bhindi at the dinner table, you will be treated to random GK sessions like: Did you know that Hardik Pandya’s family lived in a rented apartment? You should know that Ravindra Jadeja’s father worked as a security guard!

Because there is no synonym for hard work in your Dad’s dictionary.

For most Indian dads, there is no such thing as a cool hairstyle or a stylish beard!

He will tell you that No Shave November is just another scam for lazy buggers like you who have bath once a month and wash your denims maybe once in three years or more.

Every day your hair grows an inch, be prepared to wake up to different versions of ‘Baal hai ya jungle?’ until you finally get rid of it and he says: ‘Ab insaan lag raha hai! (Now you look human!)

Amitabh Bachhan’s dialogue in Mohabbatein finds inspiration in every Indian household which will have its own set of values and rules that demand to be followed by default.

Chappal yaha rakhte hai? (Is this where you leave your footwear?)

Light aur fan bandh karo (Switch off the light and fan)… the list is endless.

It’s true, Rules can be boring, but who will explain that to your dad?

One of the greatest lessons we can learn from our dads is the importance of gratitude.

He is often right when he says: If only I had half the opportunities and resources you have today, I would have accomplished so much.

Our dads may not be perfect. And that’s perfectly okay.

Because even if you don’t like his tone or advice on most days, there is always wisdom in his words.

And whether or not we agree with him on several aspects of our lives, we’d like to doff our hats to the man who is the family’s pride and our everyday superhero.

Happy Father’s Day to all the amazing dads! 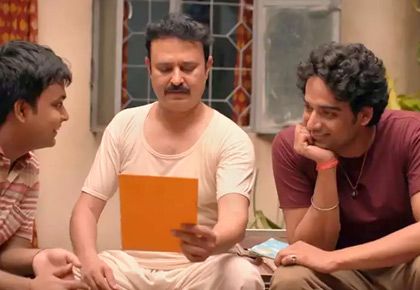 Choose your favourite photo of your dad and tell us why that picture means so much to you.

Is there a valuable lesson your father has taught you? Or an incident from his life that you can never forget?

What is it you love most about your father and why?

Send us your responses at getahea[email protected] (Subject line: ‘My Dad’). Share your stories about your father, along with his picture. Do remember to mention your NAME, your FATHER’S NAME, and where you LIVE.