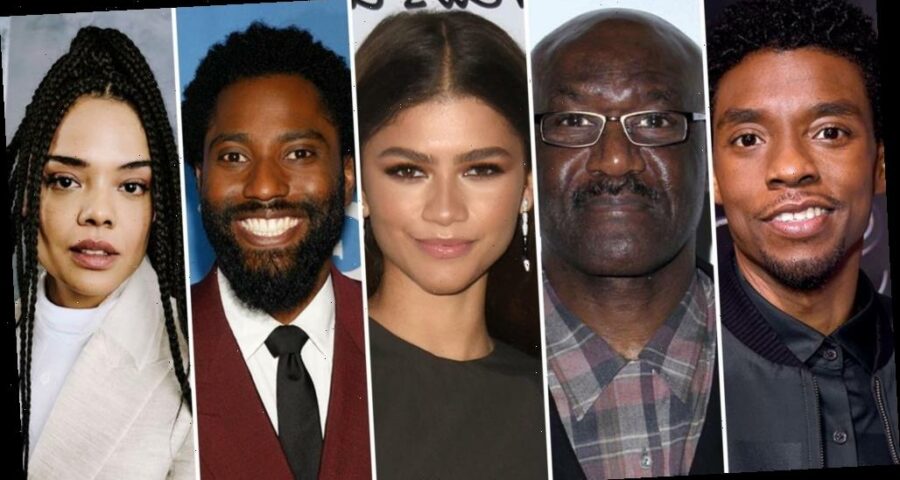 “Chadwick Bosman was an amazing artist. We’ve all been thrilled, and excited, and overwhelmed by the depth of his work,” said Ma Rainey’s Black Bottom director George C. Wolfe who presented the late actor Chadwick Bosman with Performance of the Year Award at Critics’ Choice Association’s virtual annual celebration Of Black cinema. “He was so present, not just as an actor but he was present as a human being.”

The ceremony, which took place online, honored Da 5 Blood star Delroy Lindo with the marquee Career Achievement award. He accepted it on behalf of the forgotten veterans whose contributions to American history have traditionally been overlooked. “We’re in a time, I hope, in which the importance of the contributions of Black people, Africa descended people, the importance of those stories will come much more to the forefront and be included in the context of world history.”

The cast of One Night In Miami — Kingsley Ben-Adir, Eli Goree, Aldis Hodge and Leslie Odom Jr.– was awarded the Ensemble Award, Zendaya and John David Washington were presented with the Next Gen Award for their work in the upcoming Malcolm & Marie, and Sylvie’s Love star Tessa Thompson received the Actor Award.

“This is a time when once again we are talking in this nation and globally about the value and dignity of Black life”, said Thompson. “And I believe that the stories that we tell about blackness in this moment are even more resonant.”

John Legend was on hand to accept the Producers award with partner Mike Jackson, and to perform his moving ballet Never Break, from the documentary, Giving Voice. In addition, The Trial of the Chicago 7 actor Yahya Abdul-Mateen II earned the Breakthrough Award, The United States vs. Billie Holiday star Andra Day was a Special Honoree, and Judas and the Black Messiah helmer Shaka King was acknowledged with the Director Award

Critics’ Choice Association awarded its first-ever Social Impact award to Tommie Smith, the gold-medal Olympian who raised his fist in silent protest of racial injustice on the medal stand during the national anthem at the 1968 Summer Games and the subject of the documentary, With Drawn Arms.

Reflecting on his history-making moment, Smith stated, “standing up in the sight of humanity for justice was a responsibility I had as a person to being the need of hope forward.” He continues, “it was a divine sacrifice to bring recognition to what was going on then and what we are still experiencing now.  To cap his speech, Smith added, “I hope our film, With Drawn Arms, will generate conversation and serve to bring forward something that inspires others to cross yet another bridge.”