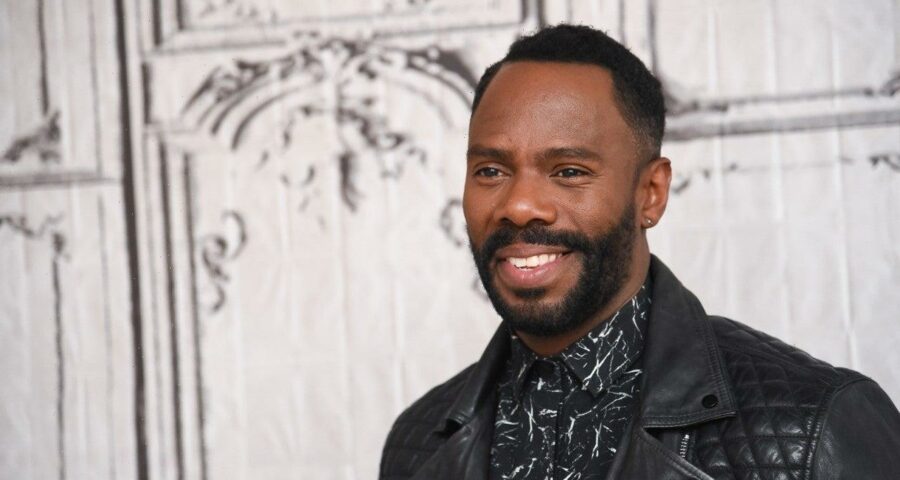 There’s been no shortage of Colman Domingo onscreen thanks to his welcome roles in everything from TV’s Euphoria to Fear the Walking Dead, and film’s Ma Rainey’s Black Bottom to Zola, with his latest project, Candyman, topping the box office in its debut weekend. While speaking with ET, the 51-year-old character actor chats about his Jack Nicholson moment in the newest installment of the nearly 30-year old horror franchise and what fans can expect from the upcoming new seasons of Euphoria and Fear the Walking Dead.

[Warning: Some spoilers about the ending of Candyman. For a full breakdown of the film’s ending, see ET’s conversation with the cast.]

In Candyman, directed by Nia DaCosta and written by Jordan Peele, Win Rosenfeld and DaCosta, Domingo plays William Burke, a Cabrini-Green old-timer who explains the lore of Candyman to struggling artist Anthony McCoy (Yahya Abdul-Mateen II) after he happens upon remaining row houses of the infamous Chicago neighborhood. While an unsettling presence early on, what fans couldn’t anticipate was that William was the older version of Billy, who encounters the titular killer with a hook for a hand and grows up determined to keep “this myth alive,” the actor says. “He sort of interprets it and takes it in a whole different direction.”

And by the time William returns to the screen in the latter half of the film, he’s far more unhinged and determined to finish out what first started when Anthony was first stung by a bee upon his return to Cabrini-Green. “He’s very connected and committed to his mission to make sure that the legend of Candyman exists, ‘cause he needs it now more than ever,” Domingo says. “So it does take a turn in his mind because I think that he’s so committed… He [even] says, ‘I’m on some whole other sh*t.’ And now, it’s like [he’s] taken it to a whole other level, and so he’s aware of his madness.” 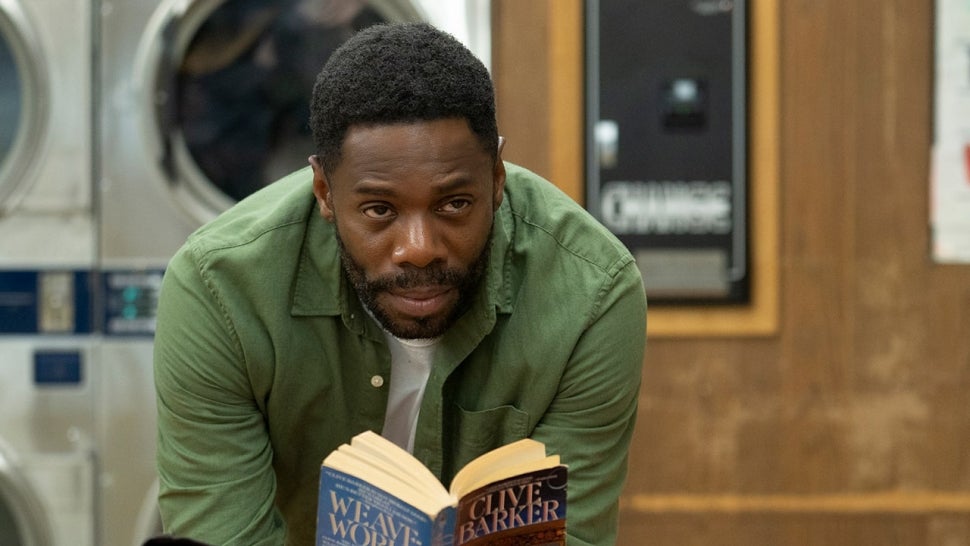 It’s during those scenes, which also include Teyonah Parris, who previously played his daughter in If Beale Street Could Talk and is now his captor in a “very different” dynamic than before, that Peele was on set. “He was like, ‘Wow, you’re really getting your Jack Nicholson on.’ I was like, ‘That’s a great compliment,’” Domingo recalls, happy he was channeling the same level of madness the actor is so famous for in The Shining, especially considering Peele wrote the role with the Euphoria star in mind.

“That was a beautiful thing,” Domingo says of someone like Peele having him in mind when he conceived the part for Candyman, recalling how they had a great meeting the day after the filmmaker won an Oscar for Get Out. “We had this incredible 45-minute conversation about art, about culture, about Blackness, about horror, about the genre. And I think that maybe he saw something in me that is truly a storyteller; and that he wanted to create this role for me where William Burke, my character, sort of holds onto the story of Candyman.”

Following the horror film, Domingo will next be seen on TV in Fear the Walking Dead, returning for his seventh season as Victor Strand, one of the many survivors of the zombie apocalypse. Premiering in October, the new episodes will see the character, who lives through the nuclear attack in Texas, headed in a new direction. As AMC promises, “some will rise to the occasion, some will find new purpose, and some will redefine themselves — even if it comes at a terrible cost to those they once considered family.”

“But I don’t think it’s a direction that’s truly surprising because I think that he’s been morally ambiguous for seasons,” Domingo says, adding that he’s followed others’ philosophies for long enough. “So I think that he’s going to double down on his own instincts… Let’s see what happens when Victor Strand runs Victor Strand’s world.”

While seven seasons is a long time to play any character, Domingo says he’s largely been happy with the experience. “[Victor] lived in this ambiguous state of gray, which was fascinating,” he says, noting “he’s a fascinating character” to play, when the show “writes towards it.” But there were times when they weren’t, notably in seasons 4 and 5, and the actor says he “had to challenge my writing team about that because at some point, honestly, you have to just ask for what you need and say, ‘If you want me to run hard, you have to throw me the ball.’ But if I’m sitting on the bench and watching other people on the field, that’s not fun or interesting.”

So when it comes to his future on the zombie franchise, he says that “as long as they keep writing incredible turns for my character, I think that’s as long as I’m interested.” He adds, “I love the fact that I’ve been playing Victor Strand for seven seasons, but different burdens of Victor Strand in every single way. And that’s what I enjoy about our show, there’s lots of real evolution.”

Further out is the anticipated return of Euphoria, HBO’s teenage dark comedy about drug-addled, despondent youth growing up today. In the series created by Sam Levinson, who directed Domingo in Assassination Nation, the actor plays Ali, a fellow recovering addict and Rue’s (Zendaya) eventual sponsor.

Following the pandemic, Levinson reshaped the first couple of episodes of season 2 he’d already written into two standalone episodes following Rue and Jules (Hunter Schafer) to serve as a filler until the series could properly resume production on the new season. “I think that was my favorite episode of television I’ve ever done,” Domingo says of his role in Rue’s episode, adding that there’s still more Ali to come in season 2. “I believe that character has a lot more unpacking still to do.” 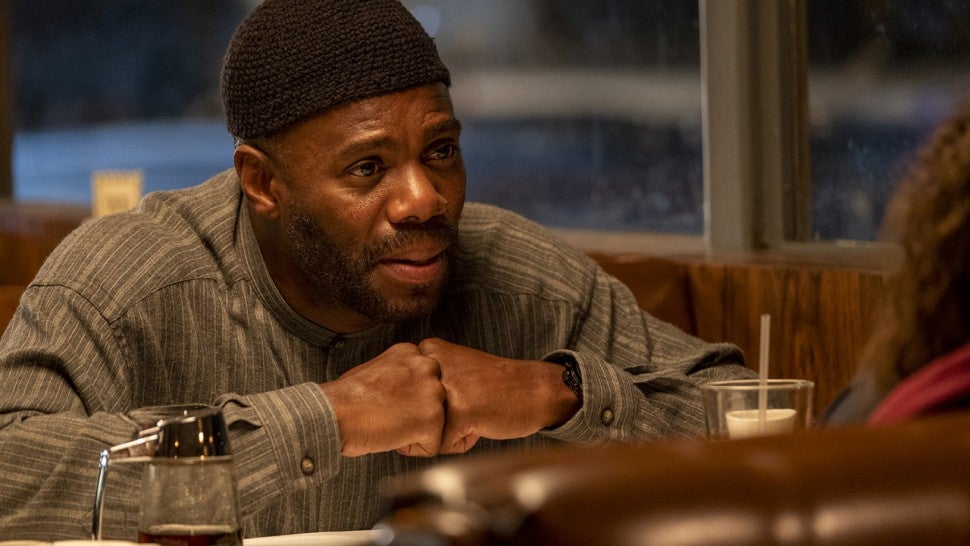 Since the cast has reunited over the summer, they’ve described it to ET as “darker” than before, with Zendaya suggesting it was a “tough season” for Rue. When asked if those descriptions felt accurate to him, Domingo takes it even further. “I would say from the work that I’ve done on the show, it was already a show that was getting under the skin. I think it’s like a real sore wound now. I think it’s sore and it has puss and it’s a little ugly and it’s messy. But underneath all of that, it’s this painful, beating heart. And it just wants a hug. That’s what I think [season 2] is.”

Well, now the anticipation builds as we look forward to seeing even more of Domingo onscreen throughout the rest of the year.