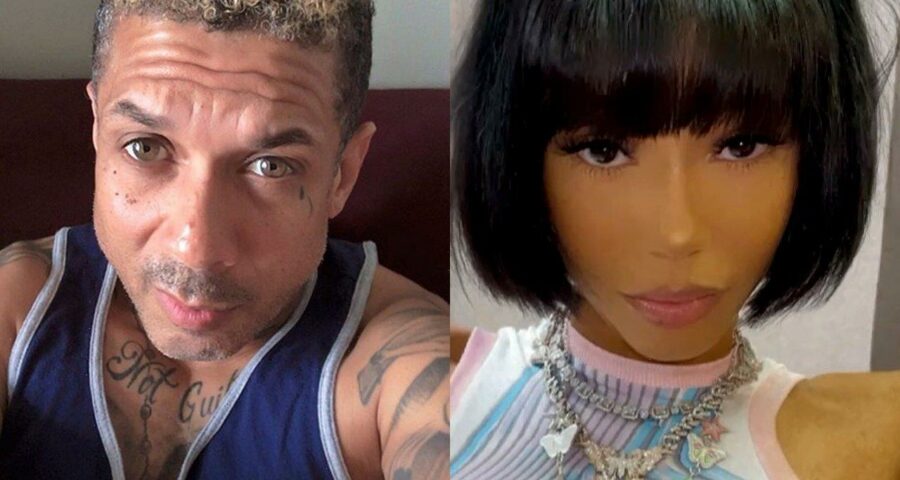 When calling out her ‘bitter and evil’ father on social media, the ‘Blick Blick’ hitmaker speculates that he ‘hates to admit’ that his family ‘went broke’ after he lost his ownership of The Source magazine.

AceShowbiz –Coi Leray is seemingly regretting her words about Benzino. The “Blick Blick” hitmaker has issued an apology to her father after she accused him of threatening her but she insisted that his dad needs serious “help.”

Shortly after calling out her dad in a series of furious tweets on Thursday, April 7, the “TWINNEM” raptress wrote, “I hate to bring this s**t to social media but my father need help.” She then apologized, “Sorry if I offended you on breakfast club but don’t treatment [sic] me or my mom because you hate to admit that we went broke after [he lost his ownership of] The Source [magazine].”

Earlier that day, Coi asserted that Benzino had been threatening her mother because he wanted them to be a part of the reality show “Growing Up Hip Hop“, which they refused. “He texting my mom threatening her talking about some watch,” wrote the 24-year-old hip-hop artist. “Grow up YOU WAS JUST TRYNA GET HER TO DO ‘GROWING UP HIP HOP’ !! WE DONT WANT THAT LIFE !!!! She’s tryna be here for me and support me while you tryna find every way to beef with me and suck the life out of me I’m tired.”

“The devil is working!!!” Coi, who previously called Benzino broke on “The Breakfast Club”, added in a separate Twitter post. “THIS IS A PERFECT EXAMPLE when everything is going soo good, here he comes being weird trying to f**k u somebody’s life.”

Coi later said, “I’m your only f**king daughter. You worried about being called broke on the day of my debut album.” The “No More Parties” femcee, who previously said she’s “embarrassed” to be Benzino’s daughter, then called her dad “bitter and evil,” as saying, “You ain’t even text me congratulations, you so bitter and evil. Ima pray for you.”

Before Coi’s Twitter rant, Benzino tweeted that the “social generation” has no respect for those who came before them. “To whom this may concern…LEGENDS don’t play the back…they set the standards,” he began. “Thank you my brothers [Charlamagne Tha God] & [DJ Envy] for sticking up for me and not letting a false narrative of who I am and what I’ve accomplished happen. I put in too much work in the culture.”

“The problem with this social generation is they have no respect or regard for who came before then and how they laid the blueprint for them to be successful,” Benzino continued. “I always revered those who came before me and I am grateful to the legends of Hip Hop.”

“All you young people who are in their 20s and successful at rapping, chances are you still will be rapping in your 50s PERIOD,” Benzino continued. He then pointed out that “LIFE will be better and our entire CULTURE will be better” when “the younger generation starts listening more and respect the older before them.”

During an interview with “The Breakfast Club” on April 6, Coi did her best to refute the perception that she grew up wealthy due to her father’s status. “That’s the problem everybody think [sic] it was a silver spoon situation. My dad lost The Source when I was like 9 [years old], bruh,” she shared. “Once it was gone I was old enough to understand life. And it was gone after that. Reality hit. We were broke, we’re figuring things out, ya feel me?”